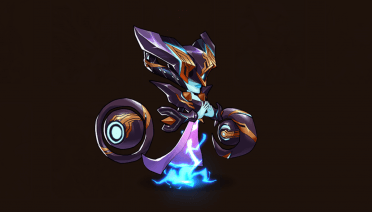 When a player plays against a computer in an online game, it is often referred to a PvE (Player versus Environment). When a player plays against a real person, it is called as PvP (Player versus Player). There have been many debates about who the best hero is for the Player versus Environment and the Player versus Player combat modes in the popular game of Idle Heroes. The answer to this question is rather vague because it depends. Who is the better player also depends on the player's personal choices in the game? It also depends on who you are playing against obviously. So, the answer to this question has no definite answer. There are some tier lists that are also available online which have been made by some other players, these can be found at, you have probably already looked at these, but there is no harm in having a second look now is there? https://playidlegames.com/the-best-heroes-on-idle-heroes-according-to-zeal-v2-0-list/ https://playidlegames.com/update-on-grade-list-of-idle-heroes-as-per-mkxjump/     There have been some polls about who the better hero is idle heroes that have been conducted in various platforms like Reddit and discord among others. Players are always at each other’s heads trying to prove their own points. We here at playidlegheroes.com have been collecting and collating these results for a long time so that we can give you a good answer to this question. The list that we have curated is as below. Another point that you should note is that the result for Aida is not yet out, so we have not included her into the list.

These are the top ten heroes that voters have voted for in the PvE combat scenario:

Now, how you want to build your own line up is completely your choice and is left to you. But because our website is the go-to place for all things related to idle heroes, we also thought we would help players out by providing them with a few line ups that have been preferred by fellow players from all around the world. The line ups are as follows:

First would be XIA, followed by SIGMUND then by VALKYRIE and then by the popular HEART WATCHER and then we have MICHELE and then BELRAIN.

In the burn/bleed category, there were many different line ups that were available, but this looks like the best one: The first hero would be CTHUGHA then the FLAME STRIKE followed by HORUS, BELRAIN, VALKYRIE, and ASPEN in that order.

The Ultimate Redemption line up:

XIA, VALKYRIE, the popular MICHELE, followed by BELRAIN then by VALKYRIE and finally VALENTINO

Abyss OP line up would be:

First HEART WATCHER and then SKEREI followed by BELRAIN, SKEREI, SKEREI and lastly SIGMUND So, these were some of the line ups that we thought were interesting. We hope that this information will help you make a better choice when you are playing your next game of idle heroes.