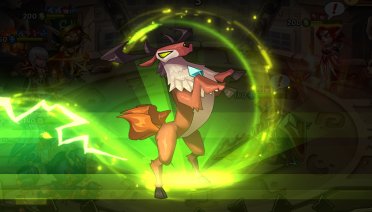 When you are into playing a game as happening as idle heroes, you would die to know of the latest upgrades and add on features that keep coming your way. Who does not like to be up to date after all! It is just like when you are waiting for a new episode on your favorite TV show and when it comes out you simply would not be able to hold your excitement. Keep buzzing with a complete track on the latest updates and add ons to the game given below as along with their date of release.

*the order of releases will be latest to oldest

Feature: this new release has a featured button. By clicking on it, a player will be able to collect all the mines from the celestial land in one go.

Feature: this will be extremely exciting for the players since they will now see freshly built skins on the heroes – Skylight and Valkyrie.

Feature: first-hand intel on the upcoming light hero was made available. Her appearance was marked by long beautiful brown hair, and her eye was missing. Apparently, the hero was a magician and should be called Leona or hectate.