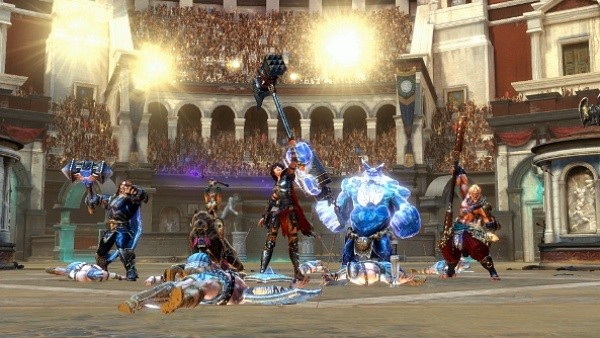 SMITE is a competition game with a strong cooperative component. You need to learn the basic functions of the game well to get along and not suffer the wrath of other players. Check out this guide to learn more about the mechanics of SMITE .

You must choose a god that you like the gameplay to train your skills. Since at the beginning you will have a lot to learn in the game, at least you don't have to worry about learning several different skills and styles of play. Check out the different classes: Check out the five best Gods for beginners!

In all MOBA games, there are five basic functions that you can take on the team: Mid Lane, Solo Lane, Jungler, Carry and Support. Regardless of the class of their god, each player has one of these functions during the game.

There are several Modes in the game

Before venturing into the game, you should know what modes there are and what they consist of.

Communicate with your team

One of the possibilities of this type of cooperative games is communication between players. So if you see an opposing god get out of your way, if you see one hidden in the jungle or if you notice anything else important, you should share that information with the rest of the team. Do this and prevent your allies from being unnecessarily ganked.

Wait for your allies to attack

One of the worst things you can do in a cooperative game is to go out on your own. SMITE is made to work as a team , so it is useless to want to be the hero and try to reach the laurels of victory alone. It is most likely to end up ruining your team's entire strategy, feeding your opponents with easy kills.

Be a smart buyer

At your base, you can buy items with the gold you earn during the battle. These items are essential as they increase your power and attributes . Most of them are divided into three categories, the first being the cheapest and, consequently, the weakest. Which items to buy and in what order will depend on the god you are playing and your role within the team.

The importance of Wards

These items protect you by allowing you to see enemy players around you. This is an essential function to avoid ganks and other types of ambushes. In addition, you can destroy your enemies' ward to try to take them by surprise. Just don't forget that gods with invisibility abilities are not detected by wards , so never let your guard down.

Avoid the damage done by the Towers

Towers are essential in MOBA games. They can either help your team to protect a path, or they can prevent you from giving the final blow to an opponent, causing you to lose death. The towers are made primarily to attack waves of minions , but if you go into battle with gods near the towers, the focus is on you. Therefore, it is a good idea to avoid the risk of doing so, unless you are sure that you will kill even your enemy. This document has been edited with the instant web content composer. The online instant HTML editor tools make a great resource that will help you a lot in your work. Save this link or add it to your bookmarks.