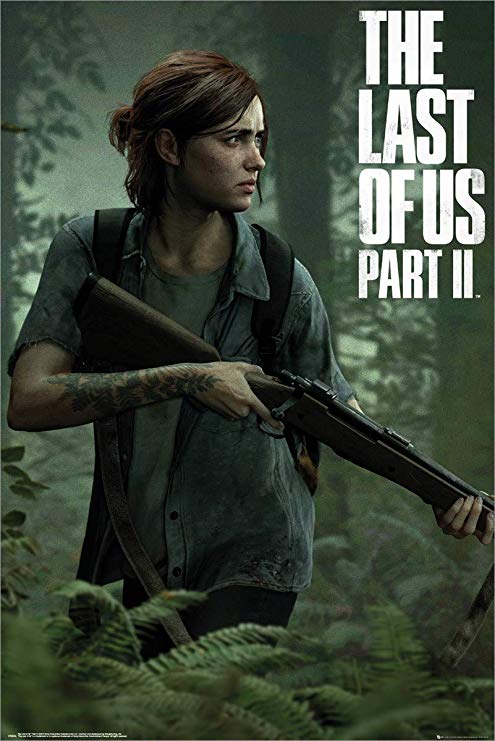 Finally: The Last of Us 2 will arrive exclusively on PlayStation 4 on May 29, 2020! In addition, we already know everything about game prices and we already have a good idea about gameplay . In this article we bring you this and other information about what is one of the most awaited games of recent times!

In the event known as State of Play, on September 24, Naughty Dog and Sony have finally revealed the date when players will be able to get their hands on The Last of Us Part II . February 21, 2020, the old date, was right in the middle of a fantastic season of launches by big blockbusters . The problem is that, after several rumors, Sony has updated the game's release date to May 29, 2020. In other words: 3 months later than expected! What surprised the gamer community the most was the fact that the game could be released on two Blu-Ray. This is very rare, which indicates that Part II of The Last of Us will be huge! This only raises expectations and creates even more desire to play the title. Speaking of expectation, prepare your wallet, as the game is already pre-sold on PlayStation Store! The Standard Edition is on sale for R $ 249 . The price went up compared to the initial disclosure, which was R $ 199 .

The Last of Us Part II narrative

Those who played the first game fell in love with the narrative. It was complex, complete and profound. The dialogues were fantastic, and everything throughout the gameplay contributed to making the experience with the story complete. Naughty Dog has already stated that all of this will continue in Part II . The game takes place 5 years after the first title. Ellie will be the main character in the game, controlled by the players. She is now 19 years old. Joel will be present, as we could see in the trailer above. We don't know if the relationship between the two will be reversed, with Joel being a luxury "helper", as Ellie was in the first game. We know that Ellie is removed from her past. We see that the girl is in a kind of community or refuge. She and Joel are in Jackson, Wyoming. Both are at peace, but an unexpected event takes both of them out of the lull. Ellie is very angry and sets out on a journey of revenge that will take her back to Seattle and her past.

The infected of The Last of Us were really terrible enemies if you were not careful and strategy to face them. Even so, most of the time it was possible to survive and still eliminate the creatures. But from what we can see, Part II won't be that easy. Even with good weapons, Ellie seems to have to use more stealth than ever. This only adds to the tension atmosphere characteristic of The Last of Us . It will be interesting to see in February 2020 whether Naughty Dog will add other types of infected enemies, such as animals. "Zombie" dogs were very successful on Silent Hill and The Resident Evil .

It is not new that successful games use systems of choice in gameplay . Some don't interfere with the experience at all, like Horizone: Zero Dawn . We believe, however, that The Last of Us Part II could benefit greatly from this type of system. Naughty Dog has yet to comment specifically on more detailed gameplay issues . Even so, we believe that this could be a very interesting addition to the game compared to the first. If we think that Ellie is on a journey of revenge and remorse, having the possibility to interfere in the outcome of that journey would be incredible.

According to the latest trailer for the game, we could see that Ellie's biggest enemies are humans. Not the infected ones, but the rational ones. This human threat can turn the game's gameplay into a frantic hunt, which was already seen in the first game. It also makes us question how the relationship between Ellie and Joel will be. Joel has aged a lot, but still looks like the same man capable of making terrible decisions, but based on moral beliefs. It remains to be seen now if this relationship will not culminate between a duel between the characters.

Crackers, Corridors and Stumblers: enemies for all occasions

Something that game trailers and interviews with writers and director showed was that we will have new enemies infected. The already known Climbers and Corridors are confirmed, now receiving the company of Trôpegos. Treps are slow, but lethal. Druckmann, the director of The Last of Us Part II , explains that what we saw in the trailer is exactly what this enemy will do: launch a cloud of gas that causes constant damage to players. In addition, while the player takes damage, his vision is blocked and he is unable to progress as he would like. In the meantime, the Runners will come from behind the Troppego quickly. In other words: we can expect a lot of adrenaline when we encounter this type of enemy.

Ellie's allies will be useful for gameplay

The Las of Us Part II co-director Anthony Newman recently revealed that Ellie's companions, controlled by AI, will be responsive. They will have their own and efficient combat system. According to Newman, this means that the player can expect a lot of help from the teammates he encounters throughout the game. However it was not revealed that teammates other than Joel will be in the game and when they will appear.

World won't be open, but it will be exploitable

The world Ellie explores will not be opened. The game 's creators claim that an open world often causes the tension and intensity of the narrative to be lost throughout the experience. After all, many side missions can cause players to deviate a lot from the main narrative line. However, we know that Seattle, for example, will be fully exploitable by Ellie. You can ride your horse and get lost in the city. Mainly because there will be no clear indication of which paths to take. Something that The Last of Us already brought.

Enemies could detect Ellie by heartbeat

Naughty Dog implemented new technology in The Last of Us Part II . It will make Ellie have a faster heartbeat and faster breathing. This may attract the attention of some opponents. After all, breathing more loudly, the character can draw attention to your presence. This is another sign that this game will have a very high load of realism in every way!

Gameplay will be accessible to all types of gamers

Neil Druckmann stated that Naughty Dog has made an effort to allow The Last of Us Part II to be accessible to all audiences. According to Neil, many gamers have some difficulty with the visual and auditory part. Often the question of the camera is a problem, especially for the less experienced. Although there is an option to make life easier for these gamers , Druckmann made it clear that the climate of tension will be the same. Regardless of the way you play, you can expect gameplay full of surprises and intensity.

The upgrades that will be present in The Last of Us Part II will change completely the gaming experience. Ellie will be one, of course, but each player will be able to create their own style of play, especially in relation to combat. One of the examples given by Anthony Newman, the game's co-director, is the ability to hold your breath when Ellie takes aim. This will allow for more accurate shots, a feature widely used in shooters . It remains unclear whether there will be a skill tree present, similar to RPG games.

As we said above, this will be a huge game in terms of gameplay . Naughty Dog has already confirmed that it will be the biggest in its history. This only reinforces the rumors that The Last of Us 2's physical media will actually be on two Blu-Ray. According to one of the company's executives, the enormous size of the game is justified because the story to be told is ambitious. Telling a narrative of vengeance and justice requires that the gameplay be long hours.

Multiplayer will not be present

Forget multiplayer . Lead Game Designer for The Last of Us Part II , Emilia Schatz, recently confirmed that the game will be entirely focused on the single player experience .

What can we expect from The Last of Us Part II

That the game will be epic, everyone knows that. The title is hardly an error or a failure of criticism. Along with other titles such as Cyberpunk , Death Stranding and Final Fantasy VII Remake , the PlayStation 4 cycle will come to a spectacular end. Ellie's journey will be complex, exciting and will make the player move between good and evil. We believe that the girl, like Joel, cannot be called heroes, much less villains. This nuance will be the game's big catch, allowing players to explore their own moral codes. We do not know if this Part II will be the end of it or if there will still be a continuation. The important thing is that we are sure that this will be one of the greatest works in the history of video games. So we are looking forward to having more information about the game . And all the news we know we will tell you here!

Special editions of The Last of Us Part II

Speaking of news, in addition to the Standard Edition, Naughty Dog released 4 other editions of the game. They look wonderful and will certainly make your eyes shine! See below what they are and everything they bring:

Use the online HTML editor to maximize your web content composing efficiency.