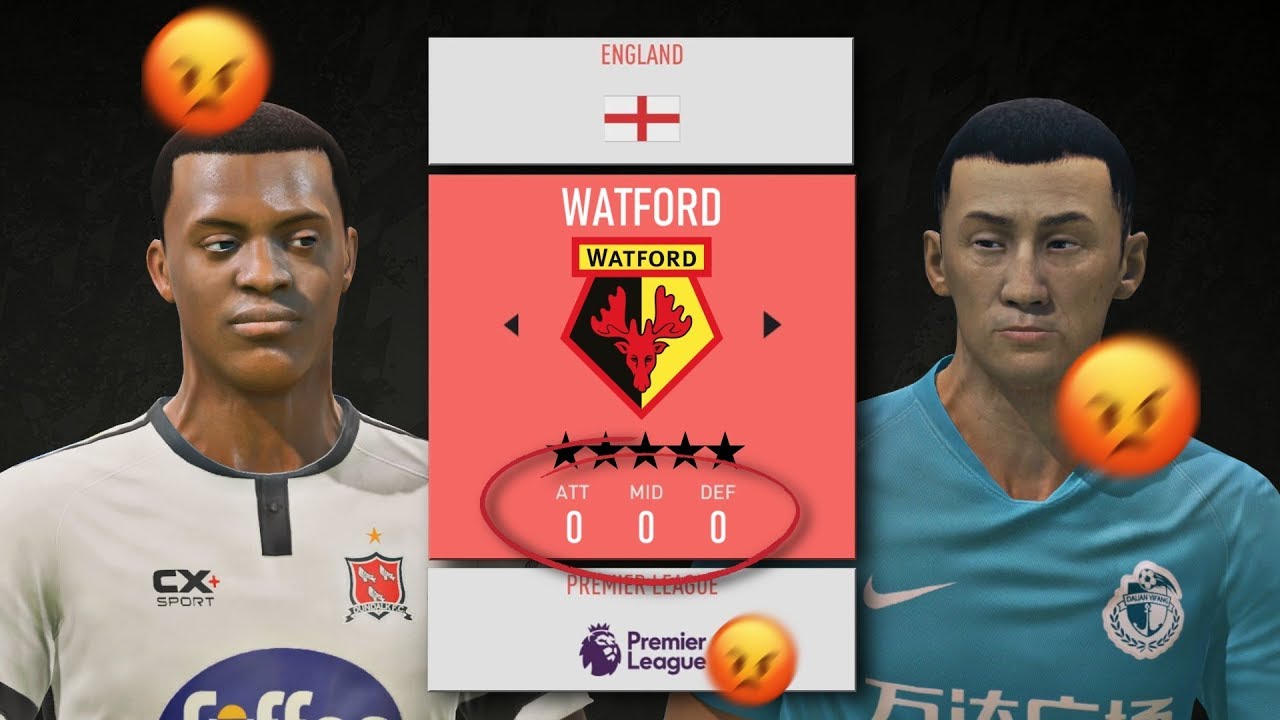 Unfortunately football is not just a spectacle. Amid so many fantastic teams, such as Barcelona, ??Juventus and Paris Saint Germain, there are those who play a square ball. FIFA 19 is no different. There are dozens and even hundreds of teams that you will want to get away from if you don't want to take a hit on the virtual lawns. Check out what they are!

The tenth worst team in FIFA 19 stands out much more for its funny name to pronounce than for its football. Still, it is an old England club, having been founded in 1920. In FIFA, it has been used as a starting team for many coaches in Career Mode. After all, it seems quite challenging to start your journey with a team with such low numbers.

Despite being on the list of the worst teams in FIFA 19, IF Brommapojkarna is relatively famous across Europe. It is known for being the European football club with more teams and athletes among all its categories. In addition, its base category is responsible for launching big names in Swedish football. Despite the numbers, therefore, it may be interesting to start a career with IF Brommapojkarna.

Not even the almost 150 years of existence of Crewe Alexandra have managed to free it from this terrible position. He was already highly respected for having founded the second division of English football. In FIFA 19, however, it serves only as a "punching bag" in any game mode you want to play with or against that club.

The only representative of South American football on the list of the worst teams in FIFA 19, Itagüi Leones FC seeks to rise in Colombian football. If you want a team with a race among the "bad guys", go with Itagüi. From the list, it is the one with the strongest attack, without neglecting the defense. In addition, as a curiosity, it was once home to one of the most legendary goalkeepers in the world, René Higuita.

Waterford FC was recently in the Irish Premier League. It is a relatively traditional team in the country. In FIFA, of course, you will be traditionally beaten if you choose that team. Regardless of the way you play, with a General of 58 you can't do much. At most, hope not to be humiliated.

Derry City is an amazing team in FIFA 19. Surprisingly bad. With a defense whose average is 57, play with 5 defenders and three defensive midfielders, if you take this team. Even for those who like a good challenge in Career Mode, this team can be your biggest obstacle as a coach at Fifinha.

The Irish Bohemian Football Club stands out as the fourth worst team in FIFA 19. No wonder. It has a weak defense and an almost inefficient attack. If you want to score goals, then, it will be very easy. What will be really difficult is to hire players who want to go to Bohemian FC in Career Mode.

Sligo Rovers is so bad that their main striker, Parkes, doesn't even have a face in FIFA 19. The best player, offensive midfielder Ronan Murray, has a general number of 62. Can you imagine what you can do with him? Well, neither do we. Still, if you want to venture out with Sligo Rovers in FIFA 19, it can be a good personal challenge.

Are you willing to play a game even with a team that only has one player over 60? With two points less than Sligo Rovers, Limerick FC steals the show in FIFA 19, but not the ball. In fact, with 55 points in the midfield, losing the ball to the opponent is very easy. Don't choose this team if you don't want to lose patience too.

The long-awaited number 1 on the list. The worst team in FIFA 19 is yet another member of Irish football. Despite the team's favorite formation being 5-3-2, you will hardly avoid taking goals. The numbers, as they say, don't lie. There is not a single player over 60 in Bray Wanderers. In fact, many are under 50. I think that after seeing this list, the best thing to do is to take a look at the best FIFA 19 teams , right? See all the tips for doing well in career mode