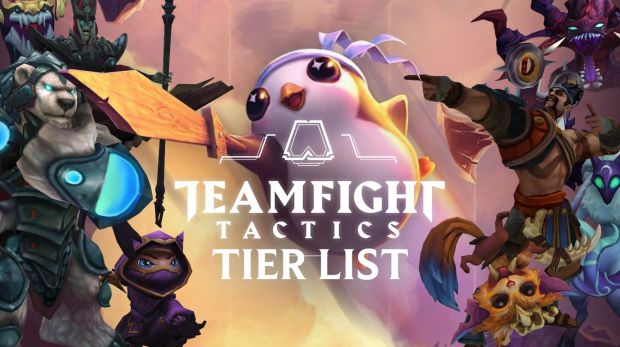 Let's go to our first Tier List of Teamfight Tactics (TFT) champions! The autobattle phenomenon already has some better or more useful characters than others and, therefore, staying inside the metagame is essential for anyone who wants to take the game seriously. The champions below were organized based on:

We will be connected to the meta to keep the Tier List always updated. Check it out!

S rank champions: the best in the game

The best champions in the game. They are characters that, in addition to attributes and utility above average, have good synergies. Pyke : it's incredibly strong and useful even if you don't build your synergies. Without items he may not be the best in the game, but just equip him with a Shojin Spear and he becomes a monster. In addition, your area stun simply destroys opponents. Garen : is one of the most common and useful champions in the game. Your spin will always be a great skill. In addition, it has the Noble synergy. Cho'Gath : does not have the best synergies, but its ult is absolutely stolen. Swain : is a complete champion. It's great individually, its synergies are good (especially after the buff on Demons) and its ult is good. Draven : he was undoubtedly the best champion in the game, but he was nerfed. Even so, his damage remains very high and has a great capacity to charge the team, being extremely strong individually. See the best compositions of champions in Teamfight Tactics!

Extremely strong and useful characters, but not as stolen as the S rank. Aurelion Sol : remains very strong even after the nerf. Its Dragon and Sorcerer synergies are very good and their ult is simply broken. Kassadin : is also a Wizard and, when equipped with Phantom Dance, is extremely difficult to kill. Darius : a slightly worse version of Garen. Lulu : she is more of a Sorceress and Yordles (recently buffed), and her ult (buff + CC) is among the most useful in the game. Vayne : has great synergies (Nobleman and Patrolman) and improves a lot during the game as he receives items. Gnar : It is very strong individually, especially with items that increase the attack speed. Anivia : has good attributes and is Glacial (one of the best synergies in the game). Brand has: a ult that jumps no less than 25 times and is a Demon (recently buffed). Miss Fortune : deserves a place in rank A simply for its last. Tier List: best items from Teamfight Tactics and who to equip!

Rank B champions: strong or versatile

Champions with attributes and average utility. Some have great skills although they do not have good synergies. Others are the exact opposite. Because they are average, they are champions who can easily move up or down the category as the game progresses. Gankplank : equipped with the Shojin Spear, deals constant area damage to basically all enemies. Kennen : is absolutely indispensable in the build of elementalists, especially since he is a Ninja (increased damage by 40%). Kindred : has two of the best synergies in the game (Ranger and Ghost). Lissandra : it's a worsened version of Anivia. Sejuani : has a great ult (CC), besides being Glacial. Morgana : deals a lot of damage if positioned correctly and is a Witch. Nidalee : perfect for the early game. It will make the first 9 rounds a lot easier. Ashe : Your Ranger synergy (attack speed) gives you even more chances to stunn with the Glaciers effect. Shyvana : needed to complete one of the best synergies in the game, Dragon. Aatrox : great ult and decent synergies (especially after the buff in Demons). Kayle : it takes a long time to appear in the game, but it has two good synergies. Lucian : great to complete the Noble synergy at the beginning of the game. Volibear : very good damage in the last and is Glacial. Braum : your only highlight at the moment is being Glacial. Karthus : average, but very useful to complete the Phantom synergy. 8 precious Teamfight Tactics tips for winning!

Average characters worse than those of rank B. Most of the time they must be used provisionally while others better do not appear. Like rank B champions, they can easily change categories as the goal evolves. However, with good equipped items they can become quite useful. Zed : is the only one in the Assassin class who is good individually. Leona : good last, but it appears very late in the game. Ahri : it is Wild and Sorceress, which happens to be one of the best compositions in the game, but has terrible attributes. Akali : it is only useful if you are trying the Assassin synergy. Shen : good individually but their synergies are below average (Ninja and Blade Master). Evelynn : bad individually. Good for being a Demon or if you're trying to build an Assassin. Mordekaiser : good to invest at the beginning of the game and hope to complete the Phantom synergy later. Elise : the worst in the Shapeshifter class, but at least she is Demon (buffado). Veigar : average attributes, but he is a wizard. Varus : good only in the early game, but good synergies. Kha'Zix : bad, but can be useful when Vastinata synergy is needed. Graves : good in the early game and useful for being a Pirate. Rengar : bad individually (like almost all Assassins), but useful for Wild synergy. Blitzcrank : very situational because it has an exclusive synergy (Robot). Warwick : good synergy (Wild) and easy to level, but attributes below average. Yasuo : it takes a long time to appear and still has an exclusive synergy (Exile). Very low utility. Meet the champions and the effects of class and origin synergies in Teamfight Tactics!

Bad, but still have some situational utility. Katarina : despite having two great synergies (Imperial and Assassin) her attributes are low and she dies, most of the time, without ulting. Tristana : has slightly better attributes than Katarina, but its synergies Yordle and Pistoleiro still need buffs.