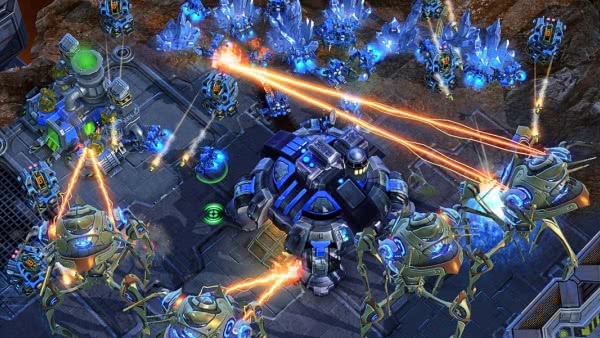 When you start playing Starcraft 2, you will find the game a little simple. Sometimes, playing against the computer seems too easy, but when you face other players, you see that the story is quite different. The more you play, the more you will realize that you have a lot to learn about strategy. One of the fundamental questions of the game is to know the races and to know their advantages and disadvantages. Get to know the three Starcraft 2 races and the differences between them.

This is a resourceful race, with many tactical options available. Just as humanity is known to take advantage of the environment to its own advantage, so are Terrans. Regarding the number of troops and their ability to survive, this breed is quite balanced, enjoying a decent number of units and a comfortable ability to survive . Terrans focus on creating a highly fortified position from an early age, so they are a very good breed if you want to play defense .

Protoss are a very old and advanced breed, which compensates for their restricted numbers and is the strongest of the three breeds . This means that even though it has a force with a reduced number of units, this race is very likely to win a much larger army. Protoss can also create strong defenses, however, not as solid as Terran. The best strategy for this breed is to try to catch the Zerg in restricted places and the Terrans in the open field to always try to maintain an advantage.

This breed of insects uses only one mind to control multiple units. These creatures, although individually fragile, manage to create armies of astronomical numbers . You must take advantage of this characteristic and build more and more units until you can swallow your opponent. The best combat tactic with this race is to catch your enemies in the open , sending more and more units until the opposing armies are cornered.

See all the cheats available in StarCraf 2 !