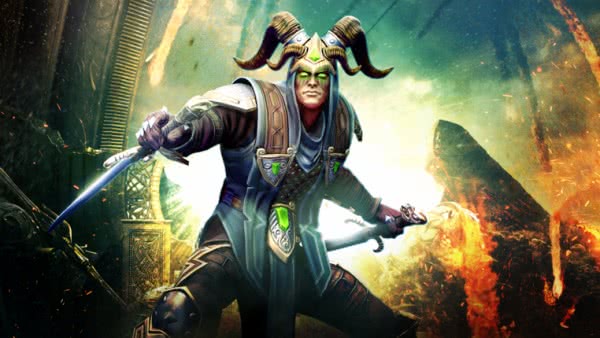 Loki is a highly effective assassin who has abilities that increase the power of his base attacks. It is critical that you quickly improve these skills. Check out this guide to learn all about the God of Cheating and take advantage of his strengths!

Loki has the advantage of causing massive damage to opponents, in addition to enjoying escape skills. However, he is quite fragile, dying quickly when caught by enemies. You need to master Loki's escape skills well, as he must be close to his target to cause damage , which is dangerous.

How to use skills well

Behind You !: This passive ability causes your attacks to deal an additional 20% damage. However, you have to attack the enemy from behind. It's just not easy for you to keep on your enemy's back at all times with him moving constantly and unpredictably. You should always take advantage of fleeing enemies or minions on the map. Vanish: this skill is very important for you to be able to escape from dangers. With it, you simply disappear in a cloud of smoke and remain invisible for a few seconds. This is the second skill you must put at maximum level. Decoy: launching a decoy that attracts all minions nearby, this ability is very good at controlling waves of enemies and giving your team time to eliminate them all. Aimed Strike: this ability, in addition to causing damage to the enemy, will also slow down your movements. This is going to be your primary way of dealing damage, so you should quickly put this ability to maximum. Assassinate: when this ability is available, you should preferably use it to start combos with other abilities. You can also use it as a last resort to escape enemy attacks.

In the first part of the game, you should focus on eliminating lackeys . All enemies that you kill will mean more money and experience, so kill as much as you can. In the second part, you must be aware of the waves of lackeys to stop them with Decoy. For the rest, keep killing and catching other gods who are alone. At the end of the game and, taking into account that Loki is not a god to be played as a team, do your best to eliminate opposing players with their strongest skills, who will be at their maximum by now. The free online JavaScript beutifier organizes your scripts. Use it every time before publishing codes.