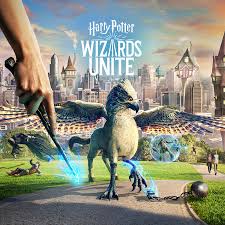 The magical world is at risk of exposure. To prevent this, wizards from around the world were summoned to prevent Muggles from discovering the existence of magic. You are one of those wizards, and your mission is to explore the planet in search of magical traces out of place. This is the basic premise of Harry Potter: Wizards Unite , available for Android and iOS systems. At first, Wizards Unite can seem quite confusing. There is a lot of information you need to deal with. So that you don't get lost and get to enjoy this new experience of augmented virtual reality, we have assembled a complete guide to do well in the game. Check out!

The first step is to register in the game. You can do this using a Google account or your Facebook login. The next step is to accept Terms and Conditions, which we consider important to read. As the game has the same exploratory proposal as Pokémon GO , it is important to know what your legal duties are while playing. After the bureaucracies are over, it's time to create the avatar . The first name you fill in is your real name. This can be changed as many times as you want later. Your virtual nickname, the name by which you will be known throughout the game, cannot be exchanged. In addition, it is a unique name. So don't expect to add names like Harry Potter, Draco Malfoy or even Lord Voldemort.

Many of the avatar customizations are purely cosmetic. They do not interfere in any way with gameplay . Basically it is a way to bring players to the magical world in a more immersive way. Still, this part is one of the coolest parts of the game. The wand combinations are almost endless! There are more than twenty different woods, including elderberry and holly, respectively materials from the wands of Dumbledore and Harry Potter. You can also choose between three types of core: dragon heart fiber, unicorn hair and phoenix feather. Finally, wand flexibility and length can also be modified. Each part of the setup has an explanation, guiding the player to form a balanced wand. We emphasize once again, however, that all of this is just cosmetic.

Choosing your Hogwarts home is also a visual action and much more geared towards those who are really a fan of Harry Potter books and films. Unlike Pokémon GO , the focus on Wizards Unite is on cooperation, not competition. So don't expect to duel against "enemies" from other houses. Still, it's nice to make it clear which house you belong to. All have a short description, which can be useful for those who do not know. If you want, you can visit the Pottermore website to take a test and find out if you are Ravenclaw , Gryffindor , Hufflepuff or Slytherin . In addition, as with the wand, it is possible to change houses whenever you wish.

You will only be able to choose your profession in Wizards Unite when you reach level 6. Still, it is important to think about it from the first step you take in the game. So far there are three careers you can follow: Auror, Magizoologist and Professor. Each affects your experience differently, so the choice needs to be made carefully. In addition, careers will be extremely useful when you go to the Strongholds. Fortresses are places where you must go through countless challenges, which consist of duels against powerful enemies. Each profession has its advantages and disadvantages for the challenges. See below!

Certainly many will choose to become an Auror. Aurors are hunters of dark wizards. They are experts at casting debilitating spells, which seek to prevent enemy attacks and defeat them quickly. We can say that they are responsible for forming the front lines. As a rule, if you are an Auror, you will have an easier time defeating or recovering traces of dark magic. Aurors take more damage from Creatures, however. In Wizards Unite, this class is represented by Harry Potter.

Magizoologists are represented by Hagrid. It is the most peaceful "tank" class, aimed at recovering magical traces related to magical creatures. However, they suffer extra damage from Curiosities. When in combat, they will be responsible for helping to recover their allies' hit points.

Respected Professor Minerva McGonagall is responsible for the class. Teachers are the most balanced, as they both assist comrades in battle and attack enemies. In fact, of the three professions, this is the one that causes the most damage in general. Despite this, it takes extra damage from dark forces.

Create magic potions whenever you can

Potions are a fundamental part of Wizards Unite . As you walk around with your cell phone in hand, you'll find random ingredients on the map. There are fifty-seven so far. Throw them in the cauldron to create a potion, according to the recipes. There are fifteen different potions in Wizards Unite , although not all are available yet. Some are unlocked as you level up. The more complex the potion is, the more hours it will take to get ready. All can have a 15% reduction in preparation time if you hit the Master's Notes, which are movements made in the cauldron. See below which are the potions present in the game, effects, which ingredients are needed to make them and the respective Master Notes:

Another very important and fun part of the Wizards Unite gameplay is making the spells. Know that it will take a lot of training to master them, but without it there is no way you can evolve in the game. This is because it is not enough to press a button for the spells to be cast from the wand. You need to conjure them up by making movements on the screen. So far there are only fourteen spells available in the game. Understanding what each one does is necessary, but being able to "draw" the shape of the spell to perform it is even more important. The more perfect the execution, the more effective it is against the opponents. See below the list of spells and their drawings.

Explore the world and look for traces of magic

Now that you know everything about potions and spells, you are more than ready to hunt for traces of magic scattered around. The premise is the same as Pokémon GO : just walk around the city, interacting with the icons and objects that appear on the map. Important to know that there are 10 types of magic trail icons. They are based on categories. As you succeed in interacting with a trail, you earn points in that category. As you evolve with each type of magic, the more skill points and more experience you gain. These categories are: There are still some seasonal events, which allow you to try to find one or more rare and extremely difficult to collect Magi.

Complete the Wizarding Challenges in the Strongholds

Fortresses are specific and huge buildings spread across the map. There you will find your most powerful enemies. You may, for example, have to defeat Ararogue, Fenrir Greyback or even Draco Malfoy. Every defeated enemy leaves behind an object that you must collect. If you want, you can face the challenges alone. This part of Wizards Unite is much more fun, however, if you raid with your friends. As a group it becomes much easier, since they are more wizards against enemies. It is at this time that the advantages of each profession are most evident. In addition to the Challenges, there are specific Mysteries involving objects and characters that you need to solve. It's the most "narrative" part of the game, and it's quite interesting, as you can see several references to the works of JK Rowling.

Visit the Greenhouses and Inns

Two other types of important buildings in Wizards Unite are Greenhouses and Inns. Greenhouses are the blue buildings. There you can collect daily ingredients for your potions. Another use of them is to allow you to plant seeds to collect more ingredients later. To do this, just have the seeds of the item you want, water and click on the button in the Greenhouse to plant them. Each ingredient has a specific growth time and amount of water. Also, be aware that after the plant grows, any player nearby can collect it besides you. The Inns are the buildings with a green roof. Its basic function is to provide energy, since energy is the most important "currency" in the game.

You start the game with a total of 75 energy points. Each spell you perform spends a point. In other words: regardless of whether you are fighting in the Wizarding Challenges or saving a Mimbletonia Trunk, you will lose these points. Worse, they don't recharge on their own, like the energies of Hogwarts Mystery . You must either pay at Beco Diagonal, the game's internal store, or move between Inns to get more energy. This system is very tiring, so you must manage this resource carefully. See if it is worth engaging in all the collections of magical tracks that you see ahead, since many will be repeated.

Collect and use the Portal Keys

Finally, one of the coolest features of Wizards Unite . Just like the eggs in Pokémon GO , in the Harry Potter version of Niantic there are the Port Keys. They are triangular objects that eventually appear on the map. Collect them and use a key to open them. After just walking a certain number of kilometers to unlock a surprise. The Ministry of Magic will give you a Golden Key, which can open one Portkey at a time. With luck, you can win Silver Keys, which can be used only once. If you have several, you can open more than one Portal Key at the same time.

Travel to Hogwarts and other book locations

When the Key finally opens, you'll need to use your smartphone's AR functionality . The Portkey will be on the floor, and a blue space around it will appear. Stay inside and click on the object, which is usually a ball, an old boot or something like that. You will be temporarily taken to an iconic location in the Harry Potter stories. Once there, you must collect as many items as you can. This will give you a lot of experience, in addition to the chance to visit places dear to fans of the series created by Rowling. If you're a Harry Potter fan, check out 7 tips from Harry Potter: Hogwarts Mystery !
Maurice Amaro
Academic and researcher in the field of Game Studies, he began his adventures in the world of games in his childhood, in the Arcades of Mortal Kombat. He is an unconditional fan of single player games, but he does not deny a FIFA match in Online mode when he has free time.
Was this information helpful?
Thanks. Your opinion and comment were recorded.
How can we improve even more?
If you have any questions or find any errors, write here so we can improve the text.

Free Fire: know all the weapons and know which ones are the best!
GTA 5: all codes and cheats for PC, PS3, PS4, Xbox 360 and Xbox One
Know the map and know where to loot in Free Fire Battlegrounds!
Free Fire: know which character is right for you
FIFA 20: the most promising players by position
Free Fire: how to make money and where to spend
VIEW MORE