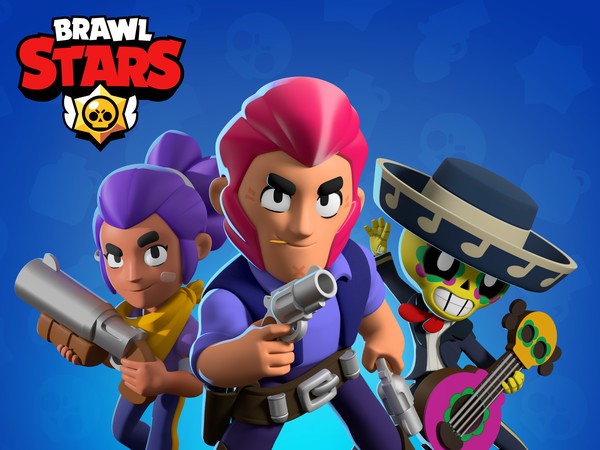 Each Brawler of Brawl Stars has different abilities and characteristics. Depending on the qualities and defects, it is possible to group any Brawler into a group called a class. There are more effective classes in some types of games and less effective in others. Check out the classes that exist using our guide.

Fighter Brawlers : Bo, Jessie, Nita, Shelly Brawlers of the Fighter class are balanced , with a medium health bar, do some damage and their attacks are for mid range. They are able to fulfill various types of roles, depending on their skills. Shelly is the first Brawler that any Brawl Stars player uses. Its attack is effective over long distances, but lethal over short ones. Your Super is perfect for breaking barriers and eliminating enemies that come too close, which makes this character very versatile. Jessie and Bo are very effective controlling an area with their super, which is very advantageous in Pique Gema modes, to dominate the gem pit, Fute Brawl or Assault, making it difficult to access an area or the goal. Nita is ideal for helping other Brawlers, thanks to its great resistance to attacks and its Super, perfect to prevent enemy progressions. Find out all about the latest Brawl Stars update!

Heavyweight Brawlers : Bull, Darryl, El Primo, Frank It is common to have this type of characters in multiplayer games, usually called Tanks. They are powerful characters, with a lot of life and attacks generally of little reach. In Brawl Stars it is not easy to be a tank, as this implies being in the front line, right in the center of the fight. Heavyweight Brawlers are very effective in Fute-Brawl mode, as ball carriers, and in Pique-Gemma mode, as gem carriers. As they have a great resistance to attacks, they are less likely to drop the ball or gems to fall. In Assault mode, they are ideal for creating fun, keeping the enemy team busy while the allies take better positions.

Launcher Brawlers : Barley, Dynamike Launchers are very effective Brawlers in dealing a great deal of damage and controlling areas. They are perfect to defend, as their attacks allow them to pass over obstacles. These characters need to be used at the correct distance or else they are at risk of being eliminated by Snipers or Assassins, since their close attacks are relatively slow to reload. The best ways to use this type of Brawlers are Combat and Assault.

Brawlers Snipers : Brock, Colt, Penny, Polly, Ricochet, Spike Brawlers specializing in long attacks with little health. Brawl Stars Snipers cannot win a game on their own, but they are very effective in keeping the enemy team on alert. They are especially useful for eliminating enemies that are escaping to regenerate. The best ways to use Snipers are on more open maps like Star Hunters, Pique-Gem and Fute-Brawl. They are practically useless in Combat mode.

Curator Brawlers : Pam, Poco The Trustees keep the team running, healing or regenerating their health. They have one of the most important roles on the team; although their attacks do little damage, they support the team in many roles. The best ways to use healers are Pique-Gem and Assault.

Assassin Brawlers / Algozes : Crow, Leon, Mortis Assassin Brawlers, also called Algozes, are very fast and especially effective on the front line, eliminating enemies with low health. For these Brawlers, the ideal is to ambush enemies and then attack. They are useful in almost all modes, but they stand out more in Pique-Gem, Star Hunters and Combat.

These Brawlers do not fit into any of the classes, although they are quite effective . Tara is good at controlling an area, surrounding enemy Brawlers. Your Super is especially useful for dealing damage to nearby enemies and making them more vulnerable to the rest of the team. Eugênio is more indicated for Support, working together with the rest of the team. Your normal attack deals damage to several enemies at the same time. Your Super is a gigantic hand that pulls an enemy close to him.

In addition to classes, Brawlers can also be divided according to their rarity. There are several links of rarity. The first link, here called "Common", can be unlocked by trophies. Now that you know which classes and links are divided, find out which Brawlers are best suited for each mode! Does your phone not run smooth Brawl Stars? Try running the game on the PC .