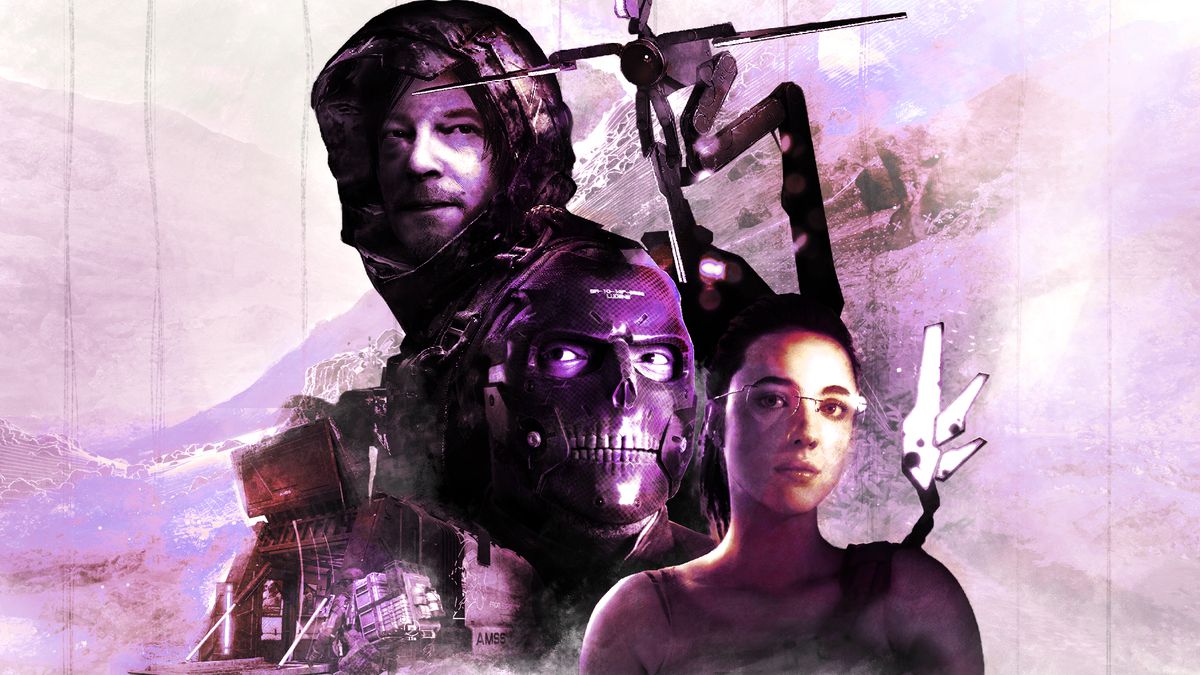 Death Stranding is an audacious project by Hideo Kojima, whose release date is November 8, 2019 , initially only for PlayStation 4. Although we already know when this game will reach players, there are many loose ends and speculations about it. Especially in relation to the narrative and what exactly that title is. So that you finally know what Death Stranding is , we have compiled all the information available so far about the game. So you will know what to expect from the game and be able to prepare for the immersive and profound experience that Kojima is promising.

First impressions about the gameplay and history

Let's be honest: even with the trailer showing almost 9 minutes of gameplay , Death Stranding remains somewhat confusing for everyone. Even so, we can state some basic points that allow us to form some conclusions. First of all, it seems clear that this is a third-person game. It is possible, however, that at some point in the game you can switch the camera. Nothing has been said about it until then. Another important point is the character we will control: Sam Bridges, whose job is to deliver orders under the command of the company Porter. Sam is a pessimistic fellow, who does not believe in the future of humanity, much less in the very mission he is given. Sam must take an order somewhere we still don't know. This order is a baby, whose importance in narrative and gameplay has not been clarified either. From what we understand, crossing the world to make this delivery is the only thing capable of freeing humanity from its extinction. Hideo Kojima explained that the idea is to bring together an isolated and broken nation, while the player completes several other activities.

The game takes place in a world plagued by mysterious explosions. They would have caused supernatural events known as Death Stranding. Since then, creatures from another world have appeared on Earth, plaguing and changing all their landscapes. The mass extinction of all life on the planet therefore appears imminent. Much of the gameplay disclosed reveals that the player will have to deal with several aspects of this endangered world. There is a deadly rain, which literally ages everything it touches, leading living beings and plants to immediate death. It will be possible to cross several biomes and ecosystems. From cold to hot climates, through forests, deserts and open fields. Sam Bridges will have to find ways to climb snow-capped mountains, climb walls and cross cracks in the ground without dying. For this, it has several items useful to the most diverse situations. Of course, there will be cases where it will be necessary to find new routes to proceed. All the items you have can be stolen by bandits, which will require a lot of attention on the way. In addition to other humans, there are monsters that, in English, are called Beached Things. Sam can feel it minimally when these creatures are approaching.

Combat and locomotion mechanics are simple

We can't quite understand what features and combat options we will have in Death Stranding . In some scenes of the gameplay trailers of the game we even see characters fighting in hand-to-hand combat. There are times when a character, who is not Sam, fires a gun at an alleged enemy. Entering combat, however, is discouraged by the game system. Of course it is possible, but the intention is to establish peaceful connections with other characters. This can be managed by the Social Strand System, which manages your relationships with other people. This same character can also be seen riding a motorcycle, while running away from enemy agents dressed in yellow. However, we know that the main journey will be mostly on foot. The idea is to make the player explore all the dangers in the world.

When Kojima said that his desire is to make players connect with each other, he was not being symbolic. That's because a very important aspect of the game is its asynchronous multiplayer . This means that it is possible to send and receive supplies to other players . In addition, you can point the way to a safehouse for other players. It is also possible to follow the paths already followed by someone else, which, in Kojima's words, is an interesting way to bring human civilization together.

No one really dies in Death Stranding

The issue of death in Death Stranding was not at all clear if we consider only the gameplay trailer . In interviews, however, Hideo Kojima pointed out that this part will be one of the most interesting parts of the game. According to him, there won't be a conventional Game Over screen . Much like the Stranger Things and Twin Peaks series , the player will be in an upside down , inverted world. Let's say that it will be necessary to find a way back to the "real world". In this kind of purgatory, it is possible to use a non-violent approach to escape back to life. As we could discover from Kojima's interviews, all the actions of the players in this world will have consequences. So causing more deaths is not the smartest.

Death Stranding will be quite cinematic, judging by the materials released so far. The project is really ambitious, following a trend of other games which is to use real actors to create the characters. See below which actors and actresses are in the game of Kojima and know which characters will bring life:

What can we expect from this game?

The stakes are high in relation to Death Stranding . There are those who think it will be a tragedy, while there are those who think it will be one of the best games of 2019. Anyway, we can expect a very immersive and complex experience, since the great genius behind this game is none other than Hideo Kojima . Knowing the Japanese developer, it is also right to expect the Death Stranding narrative to be the strongest point of the game. It looks quite original, for the little we have seen so far. The futuristic elements mix with a more realistic footprint, exactly as we have seen before in the Metal Gear franchise , also from Kojima. The mechanics of movement, combat and exploration also resemble Agent Snake's games. This can be inviting for those who are already used to these titles, as well as it can be interesting for those who still don't know the games of this series. In fact, the idea of exploring an apparently huge map, with different types of landscapes and challenges, is quite interesting. Having to survive a deadly rain, in addition to supernatural and human enemies, promises to be a powerful experience! Finally, the whole concept of "reconnecting societies" and preventing the extinction of life on Earth makes the hype even louder. The concept of death in the game also arouses curiosity, mainly because dying opens up new possibilities for gameplay . Now we can only wait for more disclosures about Death Stranding . Until November we will have to hold back the anxiety to get our hands on the first game released by Kojima Productions.

On November 8, 2019 everyone who owns a PlayStation 4 will have access to Death Stranding . There will be a standard edition, which does not offer any kind of in-game bonuses or rewards , unless purchased in advance. Check out all the versions you can buy below: