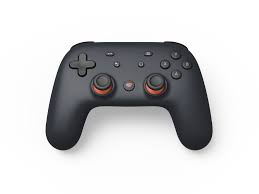 Google Stadia already has its release date confirmed: November 19, 2019 . In addition, Google has already confirmed price, available games and a lot of important information about your service streaming of games . In this article we have compiled everything we already know about this platform, which promises to revolutionize the gaming industry and offer new experiences to players.

Google chose only 14 countries to receive the first opportunities to test Stadia . Brazil, as usual, was left out of this initial group. But there is no reason to be discouraged. In fact, we see this as a positive point. Almost every service of its kind, be it platform, hardware and even software , tends to give problems in the first months of the launch. This will certainly happen with Stadia , mainly because it is and will be a great innovation in the gaming world. Thus, it is better to wait for all problems and technical failures to be resolved to acquire a more balanced version of this streaming . In addition, as Brazil is the 13th game market in the world, we hope that by 2020 , especially with the launch of the Xbox Scarlet and the likely PlayStation 5 , it will arrive in the country. Anyway, if you are not living in Brazil or if you plan to move to another country by November 2019, see which places will have the Google platform initially:

Since Google Stadia is based on subscription plans, more or less like PlayStation Plus, prices will vary. It is still difficult to talk about how much it will cost in Brazil, since there is no exact forecast of the launch. Still, we detail what all plans offer, their prices in US Dollars and how much we believe they will cost in Reais. We clarify that initially only Google smartphones will receive Stadia , or those devices that have a Chromecast. Subsequently, the goal is any screen that allows you to login to Google and that has access to YouTube that allows you to play or watch users playing with Stadia .

The basic edition offers a free subscription. This guarantees access to game streaming at 1080p resolution, with a frame rate of 60fps. As long as you have access to the internet with an appropriate connection, you can play on any device that has a Chrome browser. Tablets, smartphones , smart TVs, PC and notebook, therefore. Both the joystick and the Chromecast Ultra are not included.

The Pro version of Google Stadia offers some perks that the free base edition does not. Here is a $ 10 monthly subscription . You'll get discounts on any game purchases, which similar services offered by Sony and Microsoft already offer. In fact, it has already been confirmed that every month Stadia Pro subscribers will be entitled to a free game. The first will be Destiny 2. The games will have 4K resolution, with HDR effect and at 60 frame rates per second. The sound, in turn, will be 5.1 surround , which is great for playing with a headset . Both the joystick and the Chromecast Ultra are not included. Judging by the price that other streaming services usually have in Brazil, such as Spotify, Netflix and the Xbox Game Pass itself, we can place this subscription in Brazil between R $ 30 and R $ 50 .

Whoever wants the maximum edition of Stadia will have to pay a little more money. But it's worth. Paying $ 130 , you will have access to Chromecast Ultra, a joystick in color Light Blue and Destiny 2 , including all expansions and DLC's already released for the game . In addition, there are three months included in the Pro subscription, privilege in choosing your username and the so-called Buddy Pass , which gives three months of Stadia Pro to a friend of your choice. Unfortunately, we still don't know how much this edition will cost in Brazil, not even if it will be launched in the country. Google has yet to release official information on the matter. We emphasize, however, that the controls already have price and colors disclosed. Overseas will be launched at US $ 70 , in white, black and green. We can expect you in Brazil with a value above R $ 150, judging by the price of the Xbox One and PS4 joysticks . This control will work with either Wi-Fi or a USB-C cable.

Over 25 games available at launch

Several games have already been confirmed for Stadia . Many of them are currently available on consoles, while others will be launched in 2019. There will be a virtual store on the platform where you can purchase your titles. Google also wants to create " Stadia links ", where the user can buy, watch or join a game from anywhere. We also know that there will be no need to download , which therefore eliminates wasted time with installation, updates and patches . Google has also confirmed a cross-play between other platforms, in addition to the possibility of a local multiplayer with a split screen in certain titles. A maximum of up to four controls can be connected at the same time. In this sense, we will also have online multiplayer , supporting how many players each title allows. See below for the full list of games that will be available in November 2019 for Stadia . The Gylt game is the only one exclusive in the list below. It was developed in partnership with Tequila Works, better known by the title RiME .

Google's intention is that its gaming platform is democratic and reaches any device with Chrome and YouTube. Although the company initially confirmed that only its smartphones , but mainly the Pixel 3 , would have mobile compatibility , the scenario has already changed. Google confirmed that in addition to their mobile devices, anyone who wants a mobile experience with Stadia should have a tablet with access to Chrome OS.

What internet speed does Stadia require ?

Google has released some information regarding internet requirements. On average, according to the company, 10mbps will be sufficient for download and 1mbps for upload . Those who want the 4K experience will, however, need a minimum of 35mbps download . In terms of latency, the company said that Google's data centers around the world are prepared to reduce the dreaded lags . Although Assassin's Creed Odyssey ran on the presentation of Stadia with a slightly higher latency than Xbox One, we believe that even by the official launch of the platform there will already be balance. Check the internet requirements in the table below:

Google Stadia is a generational leap in the gaming industry

Some gamers are quite confused as to what exactly Google Stadia is . To help you understand how this gaming platform really works, we can compare it to any streaming service . Be it Spotify, Netflix or YouTube itself. In these cases, you pay monthly and have access to several titles, be they videos, music, series or films. In the case of Stadia , the focus is specifically on games. And here lies the second important point of this platform, which is to allow users a smooth transition between playing and watching. Play and Watch could be the motto of this service, since the intention of Google is to integrate the streamer community of games in a single "place", as a large social network of games. Finally, due to the power of the GPU's that will keep Stadia up and running, Google promises almost zero waiting to play. The only hardware needed is the joystick , so there is no need to wait for a console to turn on. The idea, moreover, is that the games load in less than five seconds. You just need to plug the joystick into a device, press a button and start gaming. This will be possible because Google has data centers spread across the planet. These centers store all the information necessary for your experience to take place. It is a large "cloud", which will work 24 hours a day to allow its gameplay .

What to expect from this platform?

This cloud server will be able to address up to 624 GB of memory, having up to 96 virtual GPU cores. Since we are not talking about a console, a single structure, like the PS4, we can consider this technology a revolution. Especially if we take into account the 10.7 teraflops of Stadia compared to 4.2 of the PlayStation 4 Pro and 6.0 Xbox One X . Finally, there is a potential that cannot yet be measured in terms of software development , as Google says it can unite several GPU's to run heavier titles. This turns Stadia into a generation-less platform, as it would be adaptable to the evolution of hardware and software technologies .