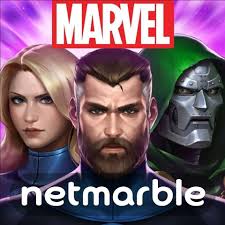 Find out which Marvel Future Fight heroes give the player the most advantage in Category 2 of this fun fighting game. Did you know that at least 37 of the 157 characters in the game can evolve into a category where they gain more powers and better skills? And out of these 37, we chose 10 superheroes who improve their skills considerably after evolution. Check out our list!

What is the Advanced Level / Category 2?

Category 2 is a new method for evolving the superheroes and supervillains of Marvel Future Fight. When your character accesses this advanced level, his attributes go up considerably and you unlock new passive abilities. Be careful, because to access the advanced level, your character needs to fulfill the following requirements: You also need the following materials: It never hurts to remember again: it is mandatory to fulfill all these requirements and have all these materials to evolve your character.

The best characters in Level / Category 2

As we said, in this list are the 10 characters that benefit the most from evolution and that bring the most benefits to their superhero teams. Groot, from the Guardians of the Galaxy, is an excellent healer for his entire team. In category 2, he gains the ability to resurrect with 50% of HP and increases allies' defense by more than 45%. Gamorra, of the Guardians of the Galaxy, became a relentless assassin when she evolved into the second category. Attack speed increases by more than 13%, increases the chance of causing continuous damage by 25%, and your dodging ability increases by more than 35%. The Incredible Hulk is a very powerful character, who improves his attributes in the second category. Allies gain 20% strength, the damage he takes reduces by more than 35% and when he unleashes his fury, he can recover 25% of his energy. Captião América remains one of the most reliable leaders in the team. With category 2, he increases his allies' HP by more than 25%, his defense increases by 15% and his attack power rises to 30%. Ant Man is one of the characters that best dodges enemy attacks. In category 2, it manages to increase this attribute up to 87%, which makes it practically untouchable. The Squirrel Girl summons squirrels to attack all enemies without mercy. Evolving to category 2, in addition to the general increase in attributes, the squirrels that the girl invokes register an increase in attack in more than 25%. Having the ability to dodge is very good, but what if Vision were temporarily invincible? In category 2, Vision activates a shield that makes it invincible for 10 seconds and its total defense increases by 30%. Captain America Sharon Rogers is a very powerful Energy character. In category 2, it gets even better with the total defense increasing by another 30%. In addition, the more damage you receive, the more powerful the counterattack with the spear strike. The Moon Knight is one of the characters that improves considerably in category 2. When his HP drops to 30%, he starts to recover energy automatically, which makes him hard to kill. Speed is one of the best attributes of Spiderman. Evolving the character to the second category, he becomes entirely immune to stunning traps and attacks. Check out the best category 1 characters from Marvel Future Fight