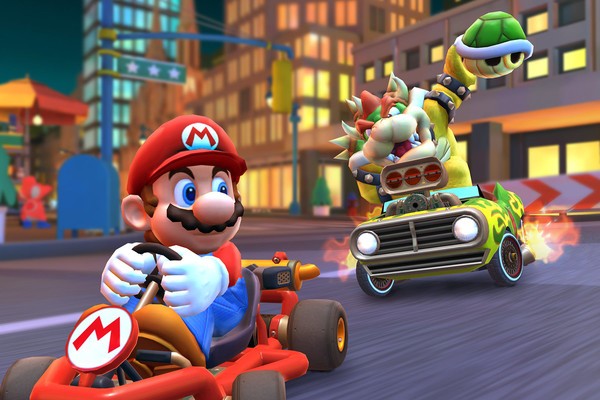 One of the things that the Mario Kart Tour players missed most in the game was the multiplayer . Until today the only hope for fans was the icon blocked in this way, which has been on the game's menu since launch. The novelty, however, is that Nintendo has confirmed that the mode will actually be released!

Nintendo announced this week that there will be an initial testing phase in this way. From what the company revealed, however, only Gold Pass subscribers will be able to participate in the beta phase. We know this is a clear marketing ploy , in order to bring new payers to the premium version of Mario Kart Tour . Still, Nintendo said that this is due to a test in terms of players' adherence to the mode. According to internal sources of the company, the consensus among the bosses of the Big N that the multiplayer of MK Tour will be completely free for all players after officially released. Nintendo has not yet said what month this game mode will officially be released, but it was clear that it will be in 2020. What is not known is the duration of the beta. We were also not informed if the test will be released for both operating systems, iOS and Android, or if only for one. For now, we can only speculate until the testing phase begins, a month from now. Meanwhile, we continued to enjoy the Halloween Tour , which brought, among tracks and new items, the long-awaited and beloved pilot Luigi.

Nobody likes to have to pay to access extra features in a free-to-play game . Mario Kart Tour , however, has already caused a lot of controversy with his Gold Pass, premium subscription system . In addition to accessing the game's multiplayer beta , subscribers are entitled to a number of in-game benefits. Tickets to unlock special racing items, different runners and cars in the shop, as well as being able to play at full speed game . To be a Gold Pass subscriber, you must pay $ 4.99 per month. Something equivalent to R $ 20.00, which is not cheap if we think that Mario Kart Tour is a simple game for smartphones . Learn how to add friends on Mario Kart Tour