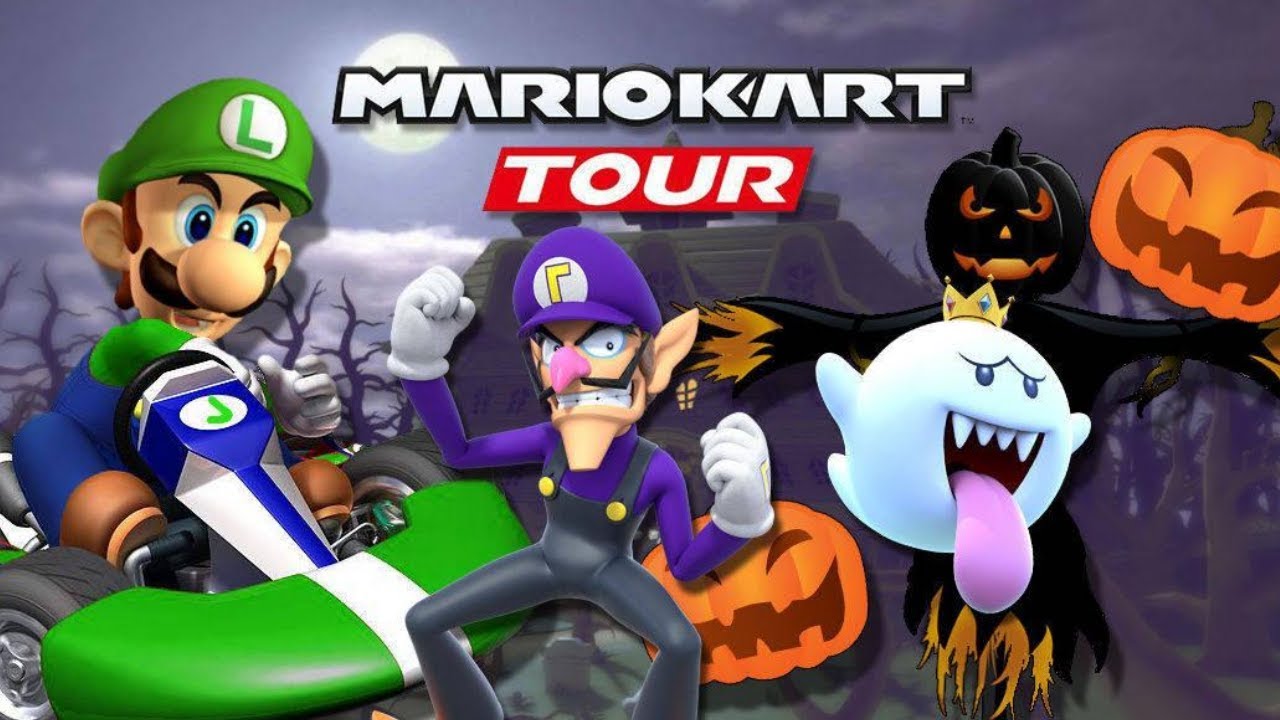 One of the most anticipated updates to the Mario Kart Tour has finally arrived! Luigi is already one of the pilots available in the game Nintendo race for smartphones . Along with him two other runners arrive: Waluigi and King Boo . In addition to the characters, we have two new tracks: Waluigi Pinball and Luigi's Mansion . All of these new features were added in full on October 23, with the start of the most recent event in the game. This event, we know, will last the same two weeks as the previous ones. Therefore, it is seen as a special Halloween event, the Halloween Tour .

Halloween Tour is the Third Season of the game

The Halloween Tour runs until the 5th of November, but until then you can have fun with different news. As stated above, in addition to Luigi, the plumber brothers' rival, Waluigi, is one of the new runners. The king of ghosts, King Boo, also joins him. The cool thing is that Waluigi has his own track, which is very different from what we have seen in the game today. Waluigi Pinball has a Las Vegas theme and is full of obstacles, to make life difficult for players. Which will probably bring challenges even more complicated than those of the first two Tours . Now more on the Halloween theme, the Luigi's Mansion track is really haunted. It was incorporated into the Mario Kart DS , being one of the first tracks in the game that takes place inside a building. Rosalina, as always happens, received a new outfit, and is now dressed as a witch. Please note that none of these updates removes the previous ones. The characters added on the Tokyo Tour are still in the game! So we believe that Luigi really came to stay, which is a great relief for many fans of this character. Halloween tracks, however, as well as special outfits , must be removed.

Mario Kart Tour will continue to be updated

Since the beginning of the Mario Kart Tour, players have wondered why Luigi was not present. Today, after so much mystery, it arrives as one of the most important updates to the game. As stated above, it must be one more of the game's permanent runners. Mainly because the release of Luigi's Mansion 3 , for Switch, is now on October 31st. His arrival has a lot to do with a marketing move by Big N. It is evident, however, that Luigi's "delay" has much more to do with keeping the game alive. Thinking that today the idea of DLC is very common , it is normal for Nintendo to want to deliver MK Tour little by little, so that players remain interested in continuing to play. It is very likely that over the next few months other additions will be made to the game . Not just runners or tracks, but game modes, challenges and rewards. We cannot forget that the game still lacks a multiplayer mode , one of the most characteristic of the franchise. It remains now to wait for new information regarding the upcoming Seasons and updates of Mario Kart Tour . See 11 tips to do well in MK Tour Find out what we think of Mario Kart Tour in our review