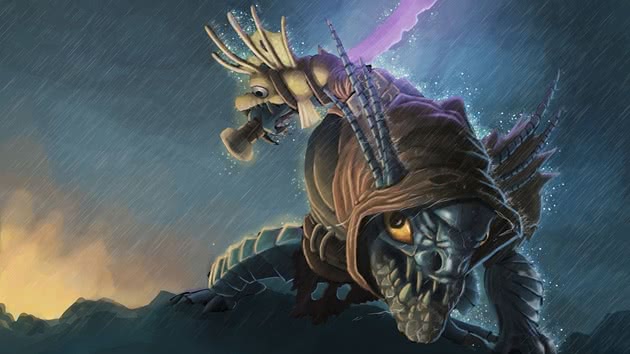 Slark is a carry hero who enjoys a moderate amount of armor and health regeneration, as well as being able to deal substantial damage to his enemies. However, its gameplay can be quite complex, especially for less experienced players. Check out this guide to get the most out of Slark's powers!

Why play with Slark?

And when should I not play with this hero?

Tips for Powers and Skills

During the first part of the game, while waiting to gain the Shadow Dance skill, you will need a lot of support while killing creeps. As soon as possible, choose an item from Blink Dagger or Shadow Blade to buy. From there, when you finally release Shadow Dance, you 'll be ready to farm effectively effectively . In the second part of the game, you have to keep a balance between pushing and farming. Go ahead with this strategy in a sustainable way and you will transform the game in favor of your team. In the final stage, you must catch Eye of Skadi and Abyssal Blade quickly to be ready for the final push. Don't forget that, being the team's carry hero, everyone is counting on you , mainly due to your armor, health regeneration and escape ability.