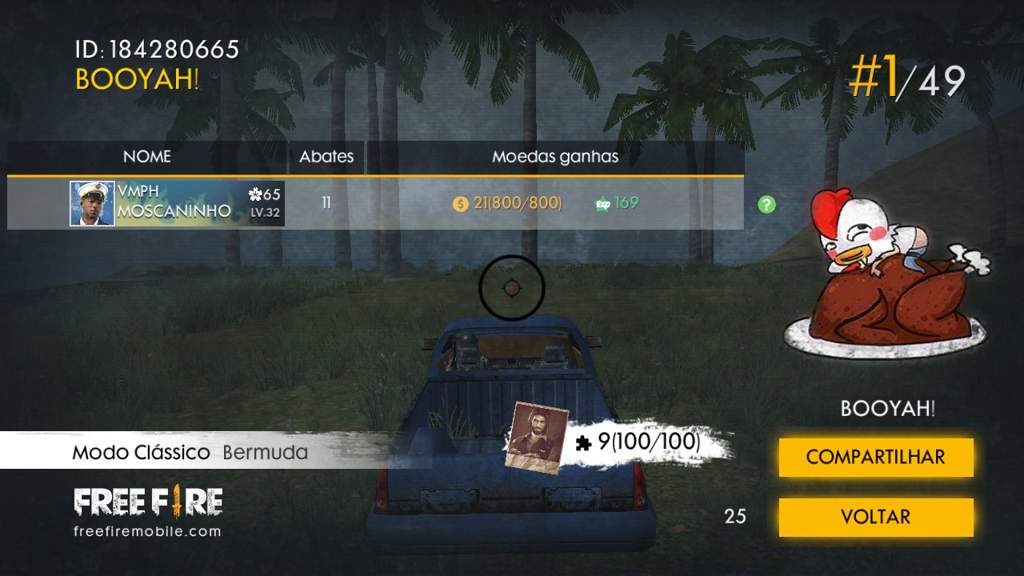 In Free Fire, it is possible to eliminate players in two ways: with weapons or using vehicles, as Zé Carro does. Weapons are, of course, the easiest way to defeat your enemies. However, it is completely legal to use vehicles to run over enemies. Many players nickname players who use Zé Carro vehicles a lot. It can be quite irritating to be eliminated by a car or motorcycle at high speed, but it is simply another Free Fire weapon. Instead of being furious, try not to fall into the same mistakes. Follow our guide and learn how to avoid being hit by an infamous Joe Cart and, at the same time, learn to take advantage of Free Fire vehicles.

A vehicle makes your movements on Free Fire maps faster . So you can explore areas of the map far from the plane route and not get caught by the gas or pick up a crate before everyone else. However, it is virtually impossible to hide the use of a vehicle. They are noisy and visible to other players, and are very easy to detect . Depending on the area you want to jump in first and the final rounds of each match, a vehicle can be a good or bad choice. There are several types of vehicles and it is necessary to know the defects and qualities of each one.

How to defeat Ze Cart

Vehicles cause noise. If you still don't, play with headphones to better identify the direction of the sound. You can also see your mini map: yellow lines indicate that a vehicle is nearby; red lines indicate immediate danger. If you maintain a vigilant attitude it will be more difficult to eliminate.

Running in the open is an invitation to be run over . Always move between buildings, rocks, trees or other obstacles to make it more difficult to target and / or turn into a pancake. If you have to stop to check your inventory or use a medical kit, look for a protected place and, preferably, kneel or lie down.

Protect yourself and shoot

Was it detected by a Ze Cart despite all your care? Imagine that here he comes, all furious with his foot on the gas. Look for a tree, a stone or any other barrier to protect yourself . If he changes the route, change his position as well. While doing this, shoot the vehicle nonstop . It may not even eliminate the enemy, but it will take some of your concentration away. If you have a grenade launcher, use it to detonate the Ze Cart!

Tips for driving your car

Vehicles are much faster on the road or on flat terrain. On the slopes, they lose a lot of speed, especially on the Purgatory map , where there are many mountainous areas. When you lose speed, your vehicle (and you) is vulnerable to enemy shots.

So far, there are no war tanks in Free Fire, so don't try to break trees, walls or rocks with your vehicle. You will ruin the vehicle and end up eliminated. And you will deserve it. If the vehicle starts to smoke or slows down, drop it and get another one.

If you're driving and watching someone out in the open, don't think twice. Give a ride to hell. Remember that the goal of Free Fire is to win the match and run over an enemy who was careless is a quick and safe way to eliminate it. Even at the risk of being called "Zé Carro". Discover the best weapons of Free Fire 10 tips for surviving Free Fire.