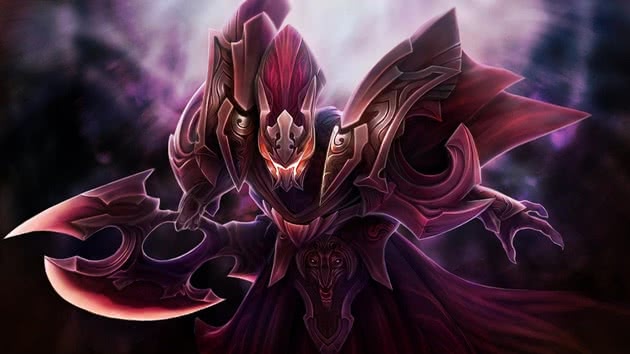 Specter is a carry hero who manages to inflict large amounts of melee damage to his enemies. However, due to his initial weaknesses, he can be a difficult character to play. Check out our tips for getting along with Specter!

Why play with Specter?

And when should I not play with this hero?

Tips for Powers and Skills

In the first phase of the match, your goal is to drive with support to a lane that allows you to farm. Have as first purchases items that help you increase your base damage and farm in Jungle, such as Iron Talon and Ring of Aquila. After these purchases, it's time to focus on Phase Boots, to help you in your farm. After these first steps, it is important that you focus on getting Radiance. Then, start joining battles, as your fire damage starts to be quite considerable. You should also buy Manta Style, as it works well with your Desolate skill. During the final phase of the game, try to join team battles as much as possible , managing your units and sending your illusions to different locations, thus causing confusion in your enemies.