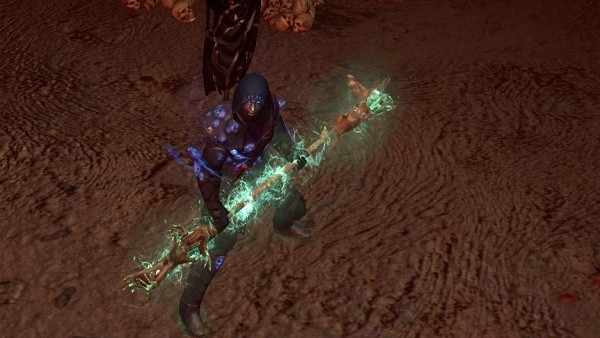 When choosing your class in Path of Exile , you need to know that you will have access to the same passive and active skills as everyone else. Each class is positioned in a specific location on the talent tree, which will influence your ease or difficulty in choosing the skills you want and how you will build your character. It is essential that you know what you are choosing to avoid losing hours of play with the wrong class. Then, know all the available classes and their main characteristics.

Main attribute: Dexterity The Huntress has great agility in combat, using bows and foils to attack quickly and accurately. Since your skills are related to penetrating weapons, you should never choose heavy weapons like maces, clubs and sticks for this class. His armor with Dexterity allows him to easily evade the blows of enemies. The Huntress has a great number of skills related to Dexterity, which increases the speed of her own attack and movements . In addition, this class has great accuracy in attacks, which means that your mana is not wasted. On the other hand, the Huntress is very fragile , as she has no access to strong armor or passive abilities that increase her life.

Main attribute: Strength This is a class of brute force, which uses maces to inflict great physical damage and pieces of Armor with Strength to reduce physical damage received. You can also choose axes and sticks to fight Marauder, but all light weapons, such as bows or wands, are not appropriate for this class. In addition to causing great physical damage, the Marauder can also withstand large amounts of damage due to his passive abilities that greatly increase his life. On the other hand, this class does not have enough agility to evade attacks, so it will catch all the blows that are launched. In addition, the Marauder is slow and cannot fight at a distance , which can be problematic if his enemies are fleeing.

Main attribute: Intelligence The Witch uses her Intelligence to gain arcane powers and uses them in weapons such as a wand or a scepter . In addition, she wears armor that increases her Intelligence and grants her a mystical energy shield , which protects her from harm. With access to passive abilities that increase the distance, duration and damage of her spells, the Witch manages to be lethal, however, she is quite fragile and can be eliminated with little effort. The Witch can also increase the size and durability of her zombie army by becoming a master of the undead.

Main Attributes: Strength and Dexterity Being a hybrid class, the Duelist has access to Strength and Dexterity skills, fighting with swords and axes . However, don't expect to get along with wands or sticks. Thus, this class uses speed and evasion along with the massive damage done by their physical attacks. The Duelist takes advantage of all that the Marauder and the Huntress has in store, but it is terrible in everything related to Intelligence and mana.

Main attributes: Strength and Intelligence The Templar uses his strength and intelligence together, fighting with sticks and scepters . This class is good at combining the power of spells with strong physical attacks . As it is a class that does not enjoy any Dexterity, it is not appropriate to use bows or daggers. The Templar fetch everything Marauder and Witch have for good, but their lack of Dexterity makes it slow and inaccurate .

Main attributes: Dexterity and Intelligence This class is proficient in Dexterity and Intelligence, managing to deal critical hits with weapons such as daggers or spells . In addition, Shadow can also take advantage of his traps, poisons and mines to cause damage or other harmful effects to opponents. Although this class enjoys everything the Huntress and Witch has to offer, it is also very fragile. Sometimes a blow is enough to eliminate it.

Main attributes: Strength, Dexterity and Intelligence This is the most flexible class for choosing skills, as it starts at the center of the passive skill tree . With the Heiress, you can choose the skills you like best and enjoy various combinations . Learn how to create your builds with Path of Bulding! 8 essential tips for those starting to play Path of Exile!