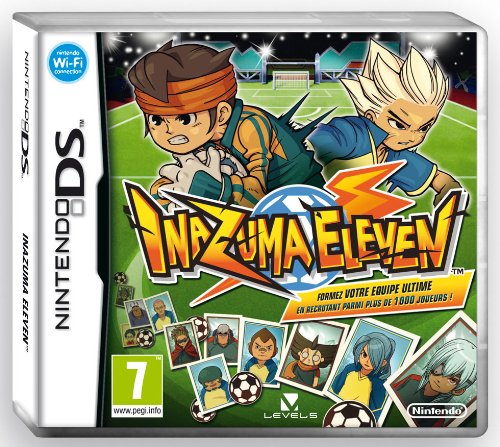 Get the player Dvalin: To get Dvalin, Captain of the Epsilon (Alius Academy) you must pass the game. Defeat Prominench (Fire Storm) or Diamond (Eternal Blizzard). Then talk to Hillman, go talk to Dvalin and return to Raimon. Perform other actions until Hillman calls you. Equip Axel (Eternal Blizzard) or Shawn (Fire Storm), Jude and Harlet and win Dvalin in a pachanga. Get the player Aiden: The case of Aiden is special because it is part of the personality of Shawn Frost, one of the new protagonists of Inazuma Eleven 2. During most of the adventure you can change to Frost, that is, opt for personality from Aiden or Shawn's. However, there comes a time when both merge and only Shawn remains. Is there a way to get Aiden? Good news: you can get Aiden in Inazuma Eleven 2. Bad news: you will need to wait for the launch of Inazuma Eleven 3. Once the third part of these great adventures for DS comes out, you can make a Super Link and transfer Aiden from IE3 to your departure from IE2. Get the Gazel player: To get Bryce Whitingale (Gazel or Gazelle) in Inazuma Eleven 2 you must first beat the Diamond Dust team (only in the Eternal Blizzard version) or Chaos. When you win the first Team, talk to the guy in front of the warehouse in the commercial district of Tokyo. Next Gazel will appear in the forest of Mount Fuji. Beat him and it will be yours. If you have Inazuma Eleven 2: Fire Storm and still want to get Gazel, beat the Chaos team to unlock the Secret option in Communication Mode. Get a friend who has Eternal Blizzard to enter the Secret option and, when the connection between both games ends, go to the Royal Academy Institute. In the background you will find Gaze. Key stock: Firestorm / Blizzard Eterna haslotcontent secret that can only be unlocked by downloading with Nintendo DS Wireless Communications. The warehouse key was one of the objects that can only be obtained by this method. That's why until now I couldn't get it. Luckily, you can download it now . So stop looking for her for the game. Get a peabody: to get a peabody you first have to go to the tokyo tower and go up to the tower and talk to peabody 9 times, then if you have unlocked the shopping district you go to the rai-rai restaurant, next to the TV , talk to him 9 times and finally he will be in fukuoka, in the city he is where the old park you talk to him 9 times and he joins you.