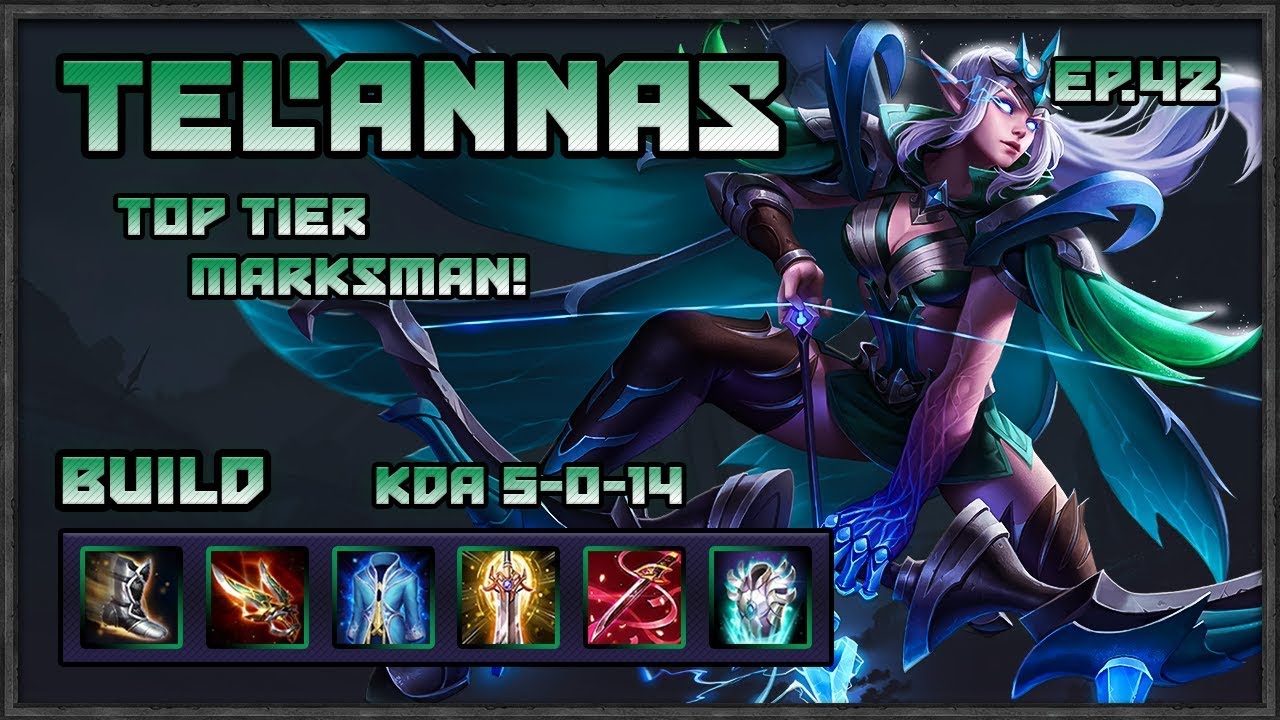 If you want to catch a very strong sniper in Arena of Valor , Tel'Annas is the ideal heroine for you! With it, you will be able to play with your prey, kiting until you destroy them. Learn all about Tel'Annas skills, builds, Arcana and items!

With this ability, Tel'Annas' attack damage is increased by 10% when other allied heroes are nearby. This means that the heroine becomes an expert sniper during team battles . While staying close to your allies is critical, don't get too close to the center of the battle or you will be killed quickly.

Normal attacks by Tel'Annas reduce the target's movement speed by 6%, and can stack up to 5 times. After activating this ability, the heroine's attack distance also increases, as does her attack speed. You can use this ability to destroy Towers without taking damage, as it is out of their reach while attacking them.

Tel'Annas will fire three arrows simultaneously, inflicting physical damage on all enemies in its path and slowing its movement speed by 30% for two seconds. This ability is most effective if there are no minions between you and your target, as the arrow will lose damage for each enemy it hits. The slowdown caused accumulates with that of Eagle Eyes.

After reloading for a brief period, Tel'Annas will launch a Chaos Arrow, inflicting physical damage and stunning his enemies. In addition, heroin gains a 20% increase in movement speed for two seconds. This ability affects all opposing heroes in your path.

Quick tips for playing with Tel'Annas

It's a good idea to always catch Eagle Eyes at level one , so you can easily farm minions. In addition, this ability is also useful for destroying Towers or eliminating opposing heroes over a long distance. Once you have a chance, take Penetrating Shot to start focusing exclusively on causing as much damage as possible to the opposing team.

The best archangels for heroin

Try to choose Archangels that improve your offensive and survival skills.