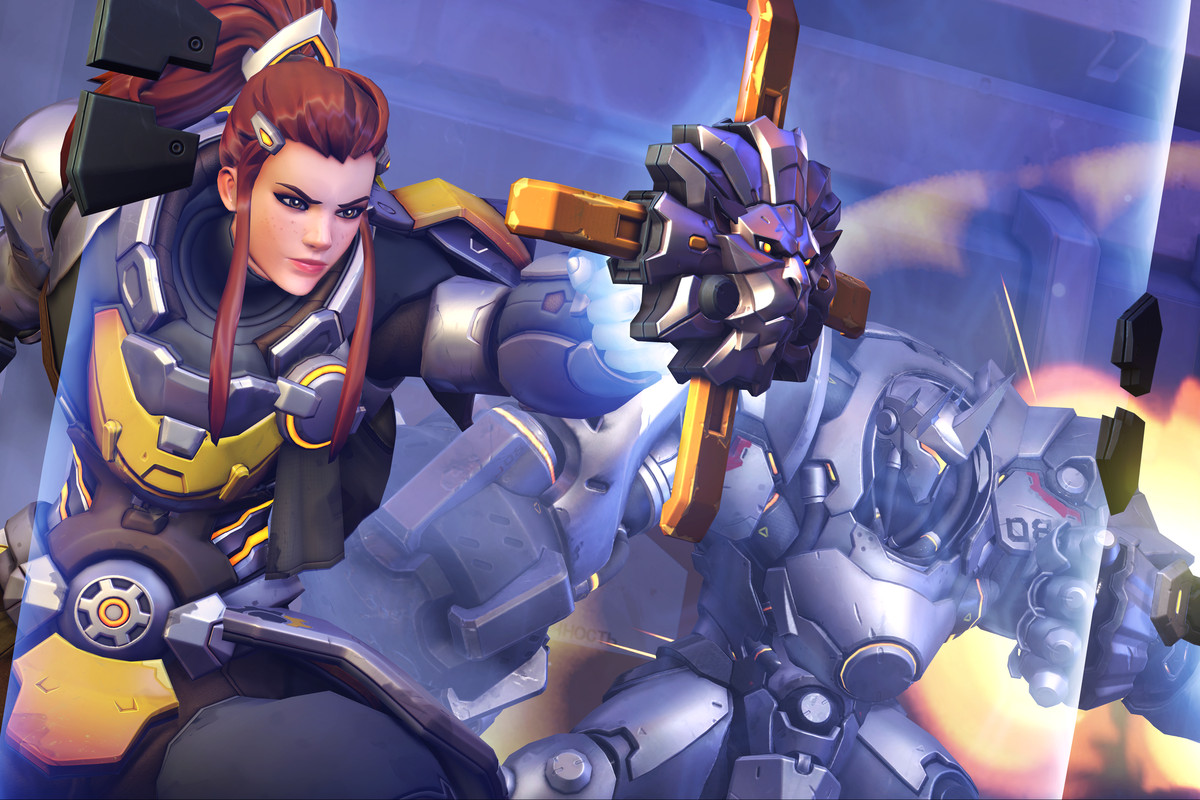 Brigitte Lindholm is the 27th heroine to arrive at Overwatch and promises to shake the goal of the game! With hybrid and challenging gameplay, Brigitte has everything to be one of the most complete characters in the game. If you want to know how to play with her, check out our tips and be amazed by the possibilities.

Torbjörn Lindholm's youngest daughter , Brigitte soon followed in her father's footsteps in the world of engineering. But while Torbjörn specialized in the deadly weapons he created, his daughter's interest was in creating defensive systems, protection and armor. Another hero would have a profound influence on the life of the engineer : Reinhardt Wilhelm, her godfather. The German soldier told his godson stories to his godson, filling his imagination with the epic legends of knights. It is no wonder that when Reinhardt came out of retirement and became a walking knight, Brigitte asked to be his squire. Now the two walk side by side, with Brigitte protecting the hero and taking care of all his equipment, especially the Crusader armor that she knows so well. Secretly, the engineer began to create her own armor, wanting to be a warrior to better help Reinhardt. Brigitte has received combat training and wants to take all this hard learning in the search for a better world.

Brigitte is a Support class hero, but she has much more to offer than the traditional cure. She grants armor like her father and shield like her godfather, functioning as a Support / Tank mix . One of the most versatile heroines in the game, she must be at the front to deliver blows and stun enemies, but she must never forget to heal and protect her allies. Since Brigitte is a character with a hybrid role, she should not be the sole Support of a team because she will not function as the main healer.

Brigitte will occupy mainly the function of group control and not that of healing. This means that the squire's role will be to actively defend allies, stop enemy attacks and be a surprise element in group combat. To make the most of Brigitte's passive, her allies must be close to her and protect her while she delivers her flail to receive healing with Inspiration. The alternative is to wait for a Repair Kit that is assigned to one player at a time. The squire's supreme ability is Regroup, an ultimate that gives Brigitte greater movement speed and grants armor to all her closest allies. Use Regroup at the same time as other heroes on your team use their ultimatums to aggressively achieve the goal.

Brigitte's faithful flail has its range increased with this skill, and can be used to target multiple opponents with one stroke. Have you heard that the best defense is attack? If damage is done to enemies, Flail in the Jet creates a 7-meter area of effect that heals Brigitte and allies who are closest, granting 80 health for 5 seconds.

As its name implies, this ability grants healing (150 health) to one ally at a time. When played to a player with maximum health, that ally will gain armor (75) for 5 seconds. With a low cooldown, use the Repair Kit frequently to heal your team and be the healer in the middle of group combat.

The squire's flail is thrown over a long distance, warding off the enemy but also causing damage to him (70). Use this ability to push opponents off the map or in conjunction with Jet Flail for an absolutely destructive attack. Scourger Shooting is also very useful to keep flanks away in search of an easy kill or enemy tank from the target.

An energy barrier with 600 health is created and has the ability to absorb damage. This shield should be used to protect Brigitte and keep her alive, given the limited width of the barrier. The Shield Barrier protects the heroine from attacks and also from the ultimates of D.Va and Reinhardt.

When the Shield Barrier is triggered, Brigitte can stun an enemy with a charge. In addition to the stunning, the opponent loses 50 life, which makes this ability useful when killing an opponent with a low level of life. With the advantage of being able to travel a distance quickly, Shield Strike can also be used strategically as a buff at your speed. This ability is also very useful when used in conjunction with the ultimate heroes like McCree or Soldier 76.

Brigitte increases her speed and her closest allies gain armor. This armor starts at 45 and can go up to a maximum of 150, lasting until destroyed by damage. It only makes sense to use Regroup when Brigitte has several allies with her, in order to maximize the benefits. This ultimate is fantastic for a group attack to achieve the goal or if it appears unexpectedly in the middle of a group fight to prolong the life of your team. CSS Beautifier is a brilliant free online tool to take care of your dirty markup.