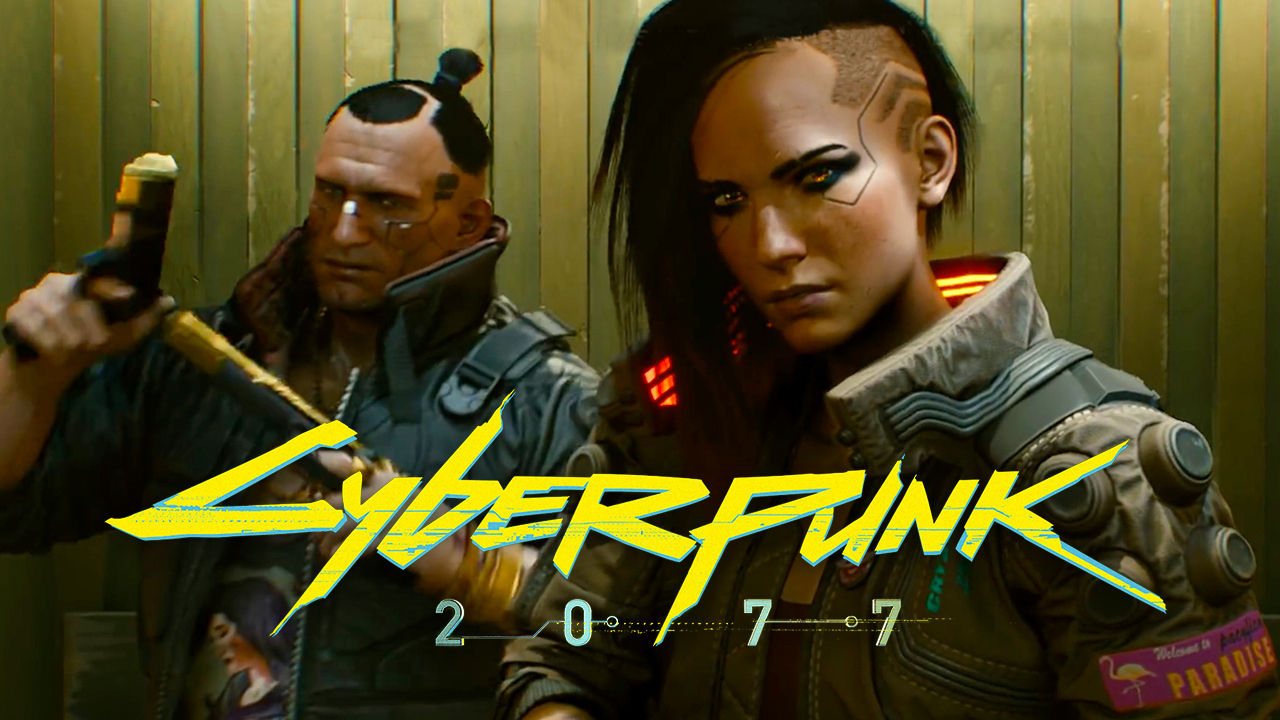 Announced in 2012, Cyberpunk 2077 is anticipated by many experts as the masterpiece of CD Projekt Red, creator of The Witcher 3 . After E3 2019, we all know that the game finally arrives on September 17, 2020 . But until then what else can we talk about this game ? With different levels of difficulty, with an RPG system and with Keanu Reeves as a character in a dystopian land, Cyberpunk 2077 is a great mixture of many elements. Check out in this article everything we know about the game and what you can expect from it.

Keanu Reeves took the stage at EA 2019 and announced that on September 17, 2020 Cyberpunk will be available for computers, PlayStation 4 and Xbox One. There are rumors about the possible presence of the game on next generation consoles, but nothing confirmed by CD Projekt Red. In addition to the date, it was announced that the game is already in pre-sale. A collector's edition was also revealed, containing a 25 cm action figure of the main character, the mercenary or the mercenary known as V. Next to the figure we will have a box that resembles one of the many buildings that exist in Night City, the city where the game takes place. There is also a book and a steelbook . A city map is also included in this edition. Taking advantage of the announcement, CD Projekt confirmed that the game will be fully translated and localized in 18 different languages and in some variants. This is the case of Portuguese, which will be in Brazilian Portuguese and in Portuguese.

The more than 40-minute gameplay Cyberpunk 2077 revealed at EA 2019 brought us some pretty satisfying information about what this game is. We know above all that it is a RPG in first person, with many elements of FPS. According to the developers, there are dozens of firearms that can be used. It allows you to create your character almost from scratch. Hair style, face, skin color and even the gender of the avatar can be chosen. Some compare this system to that of Mass Effect , but with much more customization options. What we cannot change in any way is the "name": V. And just that, a letter, which matches the main character's mysterious past.

One of the most interesting parts revealed about the gameplay of Cyberpunk 2077 is having to choose the background of V. You can be a street child, a nomad or a corporate. Each past will bring different intrinsic abilities to the character. Being a character created in the corporate environment, he will be able to better understand the power and hierarchy relationships of large companies, for example. Something that can be very useful in a dystopia like Cyberpunk . If you choose to have a past as a street child, you will know how to deal with thieves, scammers and other characters of the genre. You will have that "trickery" to deal with situations similar to these. It should be noted that the starting place of the game will be different for each chosen lifepath .

Dialog and direction options in GTA

We could see, albeit on top, that Cyberpunk 2077 will have dialogue options. As in The Witcher 3 itself , certain situations allow you to choose one path or the other in the conversation. V may be more aggressive, for example, or be more patient in some cases. Everything in the game will affect the ending, which creates multiple endings for the game . We also know that there will be a vehicle steering system, very similar to that of GTA . Various types of cars and motorcycles will be available in the game. You can switch the camera to a third person inside the vehicles if you want. It is confirmed that you can store several vehicles in your garage within the game. However, only one can be chosen to fly at a time. That's because the car or motorcycle is linked to V, thanks to an artificial intelligence. So you can call the vehicle to you, as Geralt did with Carpeado. Finally, although there are aerial vehicles and boats, you cannot pilot them, which is a shame. But you can swim in Cyberpunk ,

During the announcement of Cyberpunk 2077 gameplay we noticed an interesting feature, which is to hack systems. In practice it looks a lot like what Watch Dogs presented. In the midst of a complicated situation it is possible to enter an apparently prohibited place using this system or even disable something electronic on an opponent. Using this in the middle of a dialogue is also possible. In fact, the dialogues in Cyberpunk are not "closed" moments. From what can be seen, it is possible, in addition to the dialogue options, to cut the conversation off and start the fight. Of course, this will completely affect the development of the narrative. It is not for nothing that Cyberpunk is a game for people over 18. You can literally dismember opponents and innocent people, if you want, using a sword. There are hand-to-hand combat options, with a "power" that slows everything down and allows you to attack enemies more accurately. Even though firearms are the big stars of combat in Cyberpunk , you can end the entire game without killing a single person. So even if the game is considered an FPS, we can adopt a more stealthy stance. Children and important NPCs cannot be killed.

Romance in the same mold as The Witcher 3

It was to be expected that there would be romances and sexual relations in Cyberpunk 2077 . They will work the same as they do in The Witcher 3 . The difference is that V can relate to anyone, regardless of their sexual orientation. This brings greater depth to this game's functionality. In addition, explicit nudity and the possibility of having even loving relationships with NPCs is already confirmed. In other words: it will not be just sex for sex, which, once again, demonstrates CD Projekt Red's intention to create a complex experience.

Something that has so far pleased the demonstrations of Cyberpunk is the presence of an open class system. This means that even if you have a preference for one style of play, you can still have skills evolved from another. So far, three classes have been confirmed:

Night City and a world without invisible barriers to explore

We have already received statements from CD Projekt Red that the map of Nith City, the dystopian and futuristic city of Cyberpunk 2077 , will be larger than that of The Witcher 3 . Comparisons are inevitable, mainly because Geralt's map of adventures is huge and vast. Another important information is that after the last building of Night City there will be no invisible barrier. This means that the city will not be the limit, and there may be more content to be added later. In terms of map division, Night City is divided into six districts. It is fictional, of course, but it would be located on the West Coast of California, between Los Angeles and San Francisco. The regions range from the poorest to the richest and most technological. See below a little about each one:

Specifications for those who want to play on the PC

Those who will play on a PlayStation 4 or an Xbox One need not worry about system requirements. PC players, however, need to be aware of whether their machines will run Cyberpunk 2077 well . So far we still do not have official information on the matter. What we know is that the game demo shown at E3 2019 was run on a PC, the specifications of which you can see below: Remember, however, that the game is still in development. Therefore, these settings should be reduced a bit, in order to allow players with less powered PCs to be able to play Cyberpunk 2077 . On the other hand, the game will have support for ray tracing technology , which may indicate that this will not be a game even for weak machines.

What can we expect from Cyberpunk 2077 ?

Keanu Reeves will play Silverhand, one of the most iconic and important characters in the game. That alone is reason to expect a lot from Cyberpunk 2077 and to leave the hype high. Adding this to the fact that CD Projekt Red has already given us one game of the year, which was The Witcher 3 , we already have reason to expect this game to be one of the best of this generation. Analyzing the details of what we know so far, we will have on hand on September 17, 2020 a game that fits in several genres, at the same time as in none. Cyberpunk 2077 is an RPG, an FPS, an adventure game, with elements of exploration and combat that resemble games like GTA and Watch Dogs . The V creation system also pleases and promises to be a really cool point in the game. We will also be able to build the story of this character, from choices that will culminate in multiple endings. Even if there is no "moral system", according to the developer, this aspect will also be very present in this title. CD Projekt Red has already announced that the game will arrive only in single player mode . In the future, in updates, it is possible that there will be some kind of multiplayer . DLCs are confirmed, following the same standards as The Witcher 3 . Finally, we just have to wait a little less than a year to experience this game in depth. But we can certainly consider that Cyberpunk 2077 will be a strong candidate for the game of the year if expectations are confirmed.