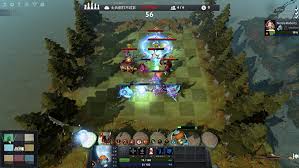 Auto Chess is a Dota 2 mod that has been very successful for being fun, innovative and extremely addictive. The game mixes elements from various genres and offers a unique experience that stands out completely from Dota. Check out everything you need to know to play Auto Chess in Dota 2!

How to install Auto Chess on Dota 2

To install Auto Chess mode, simply access the Dota 2 menu via Steam, select "Community Center" and then "Workshop". Then, type "Auto Chess" in the search field and access the first result, as shown in the image below. Finally, just click on the “Subscribe” button. Auto Chess will be installed and available on the Dota 2 home.

In Auto Chess, matches are played between 8 players and the last player alive is the winner. The disputes take place on chess boards where the pieces are heroes of Dota 2. The rounds are made in 1x1 and each player faces all the others. Each round the opponent changes and the line moves until only one player remains. The first three rounds (and some rounds in the mid and late game) are played against creeps, that is, against the machine. When the rounds start, the units move automatically and perform actions according to their own characteristics and according to their position on the board. The player who loses all his units loses the round and also a portion of HP that varies according to the number of live pieces of the opponent. Thus, the more opposing units are alive at the end of the round, the more damage the loser will receive.

After the preparation phase, the fighting will take place automatically. The units will carry out actions according to their characteristics and their positions. When all of a player's units die, the round will end and he will take damage proportional to the opponent's number of living units. Auto Chess matches are always 1x1 and a losing round does not mean the end of the match. It is necessary to lose several rounds until the HP runs out. During the course of a game you will face the same opponents several times as the queue moves.

Price of the pieces : each piece (unit) has a specific cost that varies according to its strength. Prices are: Races and classes : each piece has a race and a class. Pieces of the same type (race or class) grant synergy bonuses that increase the attributes of heroes. Upando pieces : 3 identical pieces can be combined to form a stronger one. For example: Druids only need 2 identical pieces to form a stronger one. Maximum number of pieces : the number of pieces you can place on the board is equivalent to your level, that is, level 1 = 1 piece, level 2 = 2 pieces and so on. That way, even in the late game, the maximum number of pieces you can place is 10 (considering that this is the maximum level). Chance to roll a piece : the higher your level, the more chances you have of appearing strong pieces in the random set of the preparation phase (see table above). Skills : pieces have passive or active skills. Active skills cost mana, which is earned as the unit makes or receives attacks. Drop items : creeps can drop items that can be collected and equipped on heroes. Items can also be combined with each other (same as in Dota 2) to form stronger new ones.

Overview : Money management is one of the most important aspects of Auto Chess and is certainly one of the factors that differentiate one good player from another. It is the money system that makes the game so rich in possibilities, since each player can devise his own strategy of composition, be it more aggressive or more conversational. Fixed win: at the beginning of the game each player starts with 1 gold (to buy the first piece) and 5 gold is received at the end of each round. Interest : at the end of each round, players receive 10% of the gold saved, up to a maximum of 5 golds. Thus, if a player has 60 golds, he will only receive 5 interest. This mechanics makes it often better to farm gold to obtain the desired parts. Bonus wins : wins in rounds against players (not creeps) give you 1 extra gold. Winning / losing streak : Winning streak is rewarded with extra gold and losing streak gives extra gold to help the player. This bonus is a maximum of 3 gold. Buying XP : It is possible to pay 5 gold to receive 4 XP. Reroll cost: it costs 2 gold to reroll the pieces in the preparation phase. Refund : any part can be sold for the full price that was purchased. Discover all Auto Chess items and see how to drop!