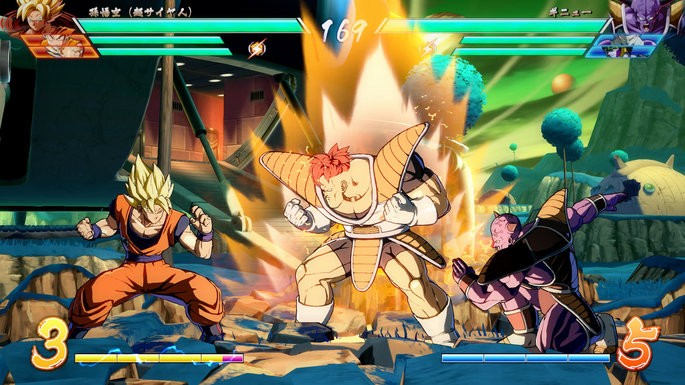 Adventure, RPG, action, fighting, etc. No matter the genre, Nintendo games always have fun as their primary focus. Thinking about the fans of the most "family" video game company of all, we brought you a list of the best Nintendo Switch games, your last console. Check out!

Okay, this one is pretty obvious. It is impossible for Super Mario Odissey to be left out of a list of best Switch games. The game is extremely refined and places the illustrious plumber in a series of kingdoms in the open world and, on top of that, full of mechanics unheard of in the Mario series. Super Mario Odissey has the most varied and unique worlds of all games in the series. At one point, we even arrived at Metro Kingdom, a city heavily inspired by New York. Thus, we have the chance to control Mario between cars, buildings, people, fire escapes, etc. Certainly an extremely original experience for the series. Overall, Super Mario Odissey has managed to retain all the classic elements of the game while introducing new challenges, mechanics (your hat can even OWN creatures!) And more detailed scenarios than ever before. You should play this game if:

2. The Legend of Zelda: Breath of the Wild

Another mandatory game on that list. The Legend of Zelda: Breath of the Wild, like Mario Odissey, is further proof that Nintendo can take its games to the next level (and what a level!) Without departing from the classic elements of the titles. Some even say that it is the best game ever created by the company. Breath of the Wild puts us in the largest open world ever seen in a Zelda game. In addition to the size of the stage, the complexity of the mechanics gives the feeling of being infinite. The number of possible interactions between objects and units is very high and causes players to always discover new things. Another differential of Breath of the Wild is that the dungeons are much more focused on puzzles than in previous games. Even so, the game still requires a good mix of intelligence, precision and action execution with good timing, making each progress very rewarding. You should play this game if:

The classic Nintendo fighting game has reached its final version on the Nintendo Switch. To satisfy the demanding community, the developers decided to insert all (ALL) the characters that have already appeared in previous versions and many other unpublished ones. Altogether, Super Smash Bros. Ultimate has 77 characters (with 3 more DLCs planned), more than 100 different stages and about 90 items for the most casual players. In addition, for more hardcore fans, Ultimate still has about 900 songs from the titles involved in the game. Smash Bros. Ultimate brings all the elements known to its fans as the highest level of fun in casual matches and the possibility to play competitively with specific rules. In addition to the improved graphics and the additional content inserted, this title has managed to greatly improve the online experience compared to previous games. You should play this game if:

Donkey Kong Country: Tropical Freeze is an explosion of nostalgia. In terms of gameplay, the game is very similar to the Super Nintendo titles, but with the current graphics and with another differential: the difficulty. At first glance the game may seem simple, but in fact, it is quite difficult at various times. Passing a few levels is a challenge enough, and if you are the type who is only content with 100% of the secrets discovered, you will spend many hours in this game. In Donkey Kong Country: Tropical Freeze you can play with Diddy Kong, Donkey Kong and Dixie Kong. Each of the monkeys has their individual classic characteristics that should be used at the right times. In fact, much of the charm of this game is the good use of the cooperative mode. If you choose to share the screen with your friend, each one must use the monkeys in the best way to complete the levels and beat the bosses. You should play this game if:

Super Mario Maker 2 was able to overcome its predecessor (which was already an excellent game) in all aspects. Now, the game that allows you to create your own levels has even more tools, themes for levels, items and a surprisingly good story mode. In Super Mario Maker 2 you can spend as much time playing as creating levels. The game is perfect for having fun with friends or for playing in hardcore mode creating and trying to get through absurdly difficult levels. In all, you can build your levels in 5 well-known styles in the series: Super Mario Bros., Super Mario Bros. 3, Super Mario World, Super Mario 3D World and New Super Mario Bros. U. You should play this game if:

Marvel: Ultimate Alliance 3 is an action and RPG game that brings together MANY Marvel characters. In addition to the main casts like X-Men, Guardians of the Galactic, Fantastic Four and Avengers, you can even play with Spider-Woman, Luke Cage, Ghost Rider, Elektra, etc. If you play with friends (the game allows up to 4 simultaneous players), Marvel: Ultimate Alliance 3 provides a very rewarding experience, with many combos and strategies to be performed between the characters, each taking into account their own characteristics, such as the healing of Wolverine, long-range combat with Black Widow weapons, etc. In addition to these combat mechanics, Marvel: Ultimate Alliance 3 also brings a system of synergies similar to that of the recent auto battlers. For example, if you bring all Guardians of the Galaxy together on the same team, all heroes will gain more resistance against energy attacks. You should play this game if:

Bayonetta 2 has one of the most frantic actions of all time. Hailed by many as one of the best action games in history, the game manages to surpass the first title in the series in every way, and once again offers electrifying combat full of grotesque demons and incredible visual effects. In addition to the fantastic fighting, the story of Bayonetta 2 is also one of the most praised factors in the game. You will hardly be involved in the well-constructed plot, and it's basically impossible to get bored in this game. You should play this game if:

Dragon Ball Fighter Z is probably the best Dragon Ball-based fighting game ever made. The title delivers combat in Marvel vs Capcom style worthy of the anime and with extremely faithful graphics and animations. So far the game has 30 anime characters, including repeated ones, but in different stages (adult Gohan, teenage Gohan, Kid Buu, Majin Buu, etc.). The gameplay follows the Marvel vs. Capcom style, being extremely focused on combos. The player who hits the first hit can spend a good deal of time pressing buttons and causing damage if he misses nothing. Dragon Ball Fighter Z quickly gained its competitive landscape around the world. The game has depth, balance and periodic updates that keep the game ready to be a great eSport. You should play this game if:

Fire Emblem: Three Houses offers everything that the other titles already had, but more "lean". The game eliminated some unnecessary mechanics and simplified several others. The game has a specific storyline but offers many choices for you to make, which directly influence the development of the characters. As there is a time jump in the story, it is possible to see how his decisions affected the characters even years later. Combat in Fire Emblem: Three Houses takes turns like most strategy RPGs. However, the game also involves placing battalions as pieces on a board, which guarantees a new look to the fights. You should play this game if:

Splatoon 2 is a shooting game like no other. Here, the goal is to throw paint everywhere and paint as much of the map as possible. To do this, you need to manage your ink tank and turn into a squid to refill it. Splatoon 2 is a frantic shooter that won't let you rest for a minute. The fast pace combined with the scenery and charismatic characters make the game extremely fun for a friendly competition. The only downside of Splatoon 2 is that it didn't innovate much compared to the first game in the series, but it just refined a few points and improved the graphics. You should play this game if: