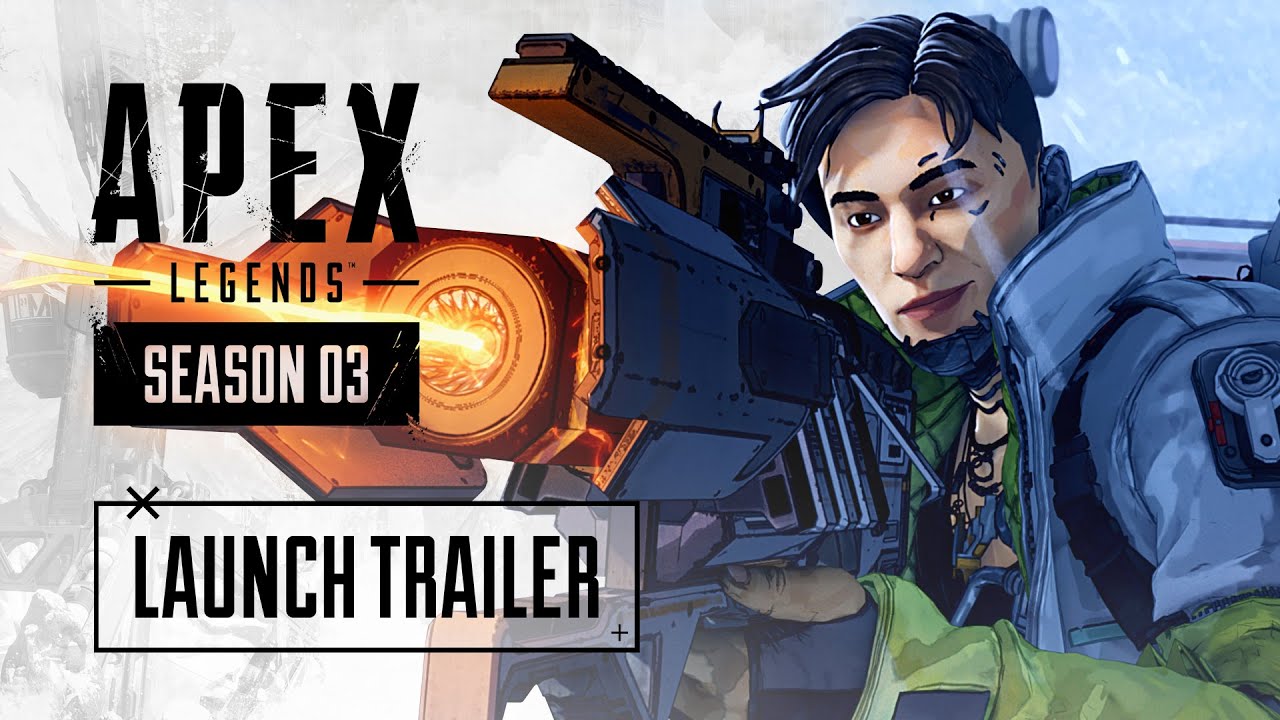 Stay on top of the latest Apex Legends update (10/01/2019). Season 3 of the game brought several new features, improvements to the game's quality and performance, as well as several bug fixes. Here we will keep a complete record of all patches released so that you do not miss any news of the game. The article will be updated as new updates are made in Apex Legends. So, the first patch you see below will be the most recent, followed by the previous ones. See the record!

Crypto is an extremely tactical character who can obtain information on the location of enemies via his drone. The new Legend permits several new and effective strategies, either for attack or defense. Access our full Apex Legends character guide and learn all about Crypto.

The developers have reported that the old King's Canyon map will be unavailable at the moment, and will only return after reviewing community feedback.

The new Battle Pass costs 950 coins or 2800 for the Bundle (includes 25 unlocked levels and a new Pathfinder skin).

The Cargo Rifle, although it does not look like it, is a sniper rifle and is an extremely unique new weapon that mixes machine gun and sniper elements. The weapon makes several extremely quick shots and then immediately fires a beam of concentrated energy that does even more damage. Check out our complete guide to all Apex Legends weapons to see the new weapon's attributes!

Now all legends fully recover the shield when executing a submission, without the need for golden armor.

Golden Backpack: now grants the attribute "Guardian Angel" to the user, which allows resurrecting partners with extra life and shield. Golden Vest: now gives the user the "Quick Use" attribute, which allows you to use consumable items 50% faster.

The new golden L-Star weapon has the following characteristics:

The circle underwent changes in damage, size and closing speed. The new damages are:

Respawn reported that it added a new damage reduction skill to Caustic and Gibraltar to compensate for the disadvantages arising from the size of the characters. In addition, the company warned that if the 10% damage reduction entered is not enough to make Legends more competitive again, that percentage will soon increase.

Until 04/18 , any top 5 of the day (your team will be in 5th or better) will guarantee an entire Battle Pass level. It is only possible to earn 1 time a day.

Jump Support no longer interacts with players using the "Entering the Void" skill by Wraith.

To learn more about the character, check out our super Apex Legends Legends guide!

In addition to the changes applied immediately, Respawn informed which balancing adjustments will be made at the beginning of season 1, still scheduled for March. Check out!

Fixed a bug that allowed players to obtain the Apex Legends Twitch Prime Pack without being Prime members on Twitch.

The first weapon added to the game via update. Havoc uses energy ammunition and has several unique characteristics. So far it is the only weapon compatible with two hop-ups: the Turbocharger, which removes the delay for the weapon to start firing and the Firing Selector, which allows the player to concentrate a shot of concentrated energy that causes a lot of damage. Check out our super Apex Legends weapon guide to learn everything about this new weapon!