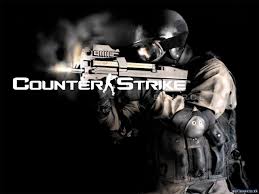 Learn how money works in Counter Strike: Global Offensive and see the best tips for each situation. With the changes in the metagame, many players still struggle to understand how the game's economic system really works. In this guide we will first explain the general money rules in competitive CS: GO and then discuss the best ways to manage it in each situation. This way you will play better and will also be able to enjoy 100% of professional matches. Check out!

In pistol rounds , (rounds 1 and 16), each player starts with $ 800 and, during the game, each type of weapon grants a cash amount per kill:

At the end of each round, the winning team receives a cash amount that varies according to the type of victory:

To make turns possible, the team that loses rounds also receives a cash bonus that increases according to the number of rounds lost in a row: In the event of defeat by the terrorists, the team receives a $ 800 bonus if the bomb was planted. Loss rewards gradually increase to enable the losing team to react. The maximum bonus is $ 3400 (or $ 4200 if the bomb is planted). Thus, if the team loses 10 rounds in a row, in the tenth it will still win the same amount. Now attention !!! The game no longer has the so-called " hard reset " , in which a team returns to the first level ($ 1900) by winning one round and losing the next. The logic was: if you won a round, you broke the losing streak. If you lost another one then, it will start from the beginning. This situation could cause the so-called " double eco ", in which the reset team would need to save for 2 rounds to be able to arm themselves in the third. The mechanics attributed a lot of importance and emotion to specific rounds in which one team could be financially reset, allowing the other to open an advantage or start a turn.

And how do the new defeat rewards work?

Instead of going back to the first stage, the team that wins a round and loses the next one will only drop one level, that is, it will still have money to spend. Example : in a match with the score at 5x0, the losing team will receive 3400. If that team wins round 6 and loses 7, it will receive $ 2900 in the next. So: 1 round lost = 1 level of cash bonus, 1 round won = 1 level less. Thus, if a team is losing 5x0, winning the next 3 rounds and losing the next, they will receive $ 1900 (level 2). The result of the new system is an increase in the number of armed rounds and force buys , those in which a team equips itself with the maximum that the money allows, even if it does not result in the best arsenal, under the risk of not have money to equip well in the next round. To better understand, check below the best way to use money in each situation!

How to manage money in Counter Strike: Global Offensive

Economy has always been the backbone of Counter Strike and is responsible for much of the excitement of the game. Teams always need to devise strategies according to the money available on their team and the opposing team. Therefore, it is essential to master the rules described above to know what to expect in the rounds and make the right decisions. Below are the main situations in which teams may find themselves in a match:

Economic or eco round

Economic rounds or echoes are those in which a team is equipped with very little to have money in the next round. Echo rounds don't necessarily mean not buying anything and often involve improved pistols, flashbangs or even Zeus. Usually these purchases are made by players who have an extra balance that will not make a difference in the next round. The goal is for the whole team to be able to get equipped for the next round. In the case of the aforementioned purchases, pistols and Zeus open up the possibility of kills to then steal the weapon and flashbangs are used in rushes, mainly by terrorists. In fact, in eco rounds, the simple fact of planting the bomb is already a great victory for the terrorists, who will have a great money boost in the next round. In the case of CT, echo rounds can also result in stacks , a strategy in which the defense is accumulated in a single bombsite, setting up multiple crossfire where weak pistols can do good damage. When to echo: when your team has no means of buying rifles, grenades and vests in the next round.

Half or half buy

The half buy or half buy is similar to the echo, but it involves a decent arsenal, usually with Scouts, submachine guns, improved pistols, some vests and grenades. The half purchase is exactly between the echo and the forced purchase. The limit of the half purchase is exactly the amount you can spend that does not affect the next round. When to make a half purchase: when your team has an intermediate amount of money on which they can spend a small part of it, but that does not affect the next round in any way.

Forced purchase or force buy always involves risk. In it the team buys everything that the money allows, even if, in case of defeat, the team runs out of money for the next one. While the eco round and the half purchase are rounds that "are already expected to lose" or "if winning is profit", teams that force a purchase expect to win that round, or the opposing team will open an advantage. When to force : When you know that the opposing team will also not be well equipped and your team will not be at such a disadvantage. Examples:

"Keeping a weapon" is when the team realizes that the round is lost and there is no point in risking the arsenal in play. At that moment, the players still alive hide on the map and wait for the time to end and, thus, take the weapons stored for the next round, saving a lot of money. To keep a weapon or not is a very important choice and players need to put it on the scale: to keep or try to win the round? Guard or try to cause economic damage to the opposing team? This depends on the time of departure. When to store a weapon: when your team has no realistic chance of winning the round. Although rare, it can happen even in a 5x4 player, when the CT is very badly positioned. Other examples are:

Hunt, "take out gun" or hunt

Hunting or "taking out a weapon" is the exact opposite of holding a weapon. It happens when your team has already won the round and can have players to go after those who are hidden with a weapon. The strategy is not exactly to manage your money, but to cause great economic damage to the opposing team. So with the choice to save, to hunt or not to be put on the scale: do I have the money to risk my weapon in exchange for taking the opponent's? Who has more to lose? When to hunt: When your team has already won the round and the opposing team has more to lose than yours in terms of money, it's time to hunt. One or two weapons drawn make all the difference between the opposing team being armed or echoed in the next round. Vertigo: name of positions, contact points, tips and more Always use the JS Compressor to shrink before you publish a website.