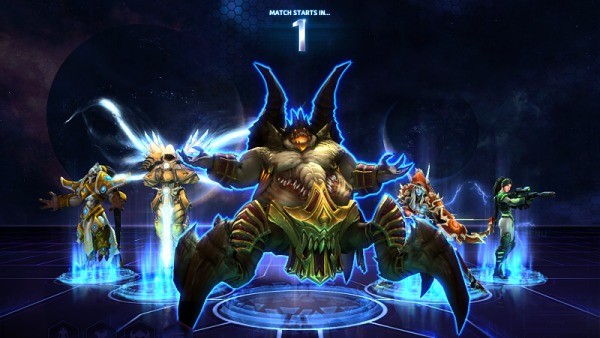 Heroes of the Storm is a MOBA game in which you choose a hero from the Blizzard universe and fight against the opposing team until you master one of several maps. Although there is no right way to win every game, you can follow some advice that will help you increase your chances of winning. Then check out our tips for doing well in Heroes of the Storm !

1. Keep the same hero for a while

For you to improve your gameplay, you have to find your ideal character and train. So it is a good idea to keep the same hero for at least ten matches to learn how to play well with him and to level him up quickly. Don't give up on a character just because he didn't do well in the first two or three games, as this may be due to the fact that he still doesn't know how to play with his powers and abilities.

All Heroes of the Storm heroes have advanced abilities that are only released when they reach level 5 . In addition, whenever you reach this level with a character, you earn 500 gold. Therefore, you must get the objective of leveling all the heroes of the game to at least this level. Especially since the characters are dependent on periodic updates, there may be a need to change your favorite hero for another one more appropriate for the current goal .

3. Take a look at hero guides

It is important, especially if you are still a novice player, to take a look at the guides that exist for the different heroes. In doing so, you will have access to different ways to take advantage of your characters and ways to take advantage of their abilities and powers depending on the situations. In addition, you can update yourself with information about the current goal . However, don't forget that these are just suggestions and that you should always personalize your hero in order to have fun . Check out our guides to master Alexstrasza and Hanzo !

Competitive online games are always changing, and sometimes these changes are dramatic. You don't want to find out in the middle of the match that your hero's abilities have been changed. So it is essential that you check the notes of the updates that are coming out.

Every day, the game will grant missions for you to complete. They can consist of several objectives , from playing with a specific character or winning a given number of games. Either way, you must complete these daily challenges to earn extra gold and level up your heroes more quickly.

6. Give your wallet a rest

Like the rest of the MOBA games, in Heroes of the Storm you can unlock everything found in the store with gold, except for cosmetic items. Therefore, if you want to protect your pocket, you should avoid buying with real money everything that can be bought with gold . In addition, new heroes typically cost 15,000 gold when introduced to the game, but drop their price to 10,000 after about a week. So make smart purchases to invest your gold in what matters most.

7. It is important to communicate

In cooperation games, communication between team members is essential. There is nothing more frustrating in a game than players who are silent doing everything individually. So, don't forget to inform your allies of what's going on around you, either with pre-defined messages (press G) or when writing in the conversation.

8. Let no path be forgotten

In Heroes of the Storm , the experience gained is general for all players on the same team who upgrade at the same speed. So, at least until you reach level 10, it is essential that no path is left empty . By killing minions who appear frequently in the three paths, you contribute to the evolution of the entire team. Unlike other MOBA games, here you don't have to take a specific route, as long as they are all covered with a team member.

9. The objectives of each map are your priority

In Heroes of the Storm , there are several types of specific objectives to complete depending on the map. These challenges are the most important for you and your team to focus on during the match, as it is what allows teams to earn powerful rewards . So, unless victory is imminent, it is essential that your team quickly prioritize goals as soon as they appear on the map.

Each map has several fields where monsters can be killed or bribed to fight alongside you. You will see these clusters on the minimap as small yellow symbols and, once you reach level 10, you should try to capture them. These mercenaries will help your team to press the paths, which means that your team can focus on other goals during the match. Just be careful with fields that have big bosses, as giant ogres are too strong to catch alone .

In Heroes of the Storm , both buildings and Towers are unable to attack infinitely. In fact, they run out of ammunition and stand for a while while reloading . This is important to you, whether you are defending or attacking. If you are in defense, it means that you will have twice as much work, as structures cannot defend themselves . If you are attacking, then you should take this momentary opportunity to deal as much damage as you can to the base you are attacking.

It is important to try to eliminate the supports first in major battles between the teams. This is because they are the characters with powerful healing and shielding skills that make your attacks useless no matter how hard you try. However, if the opposing team is smart, it will protect its healers well and, although it is essential that they are quickly eliminated, do not try to do it unwisely , as your suicide will not help your team at all.

13. The Healing Sources are your friends

Each base has its own Source of Healing and by drinking from it the players immediately regain some of their life , the rest being regenerated faster than normal for a period of time. It is important not to forget to use these Sources whenever necessary, but only if strictly necessary, as your recharge time is long. On the other hand, if you are attacking an opposing base, try to destroy the enemy's Source of Healing quickly to weaken your defenses.

14. Sometimes it is best to withdraw

In competitive games, death is a very difficult thing to avoid, but even so, you shouldn't put yourself at risk unnecessarily. It is essential that you do not isolate yourself from your allies . That way, you avoid being ambushed by opposing heroes. You should also not launch yourself into the center of an enemy base or a low-life fight, when you can withdraw and heal before returning to the charge. Also, never chase your opponents around the map. Even if an opposing hero appears to be almost dying, it does not mean that you must drop everything to run after him, risking your own life.