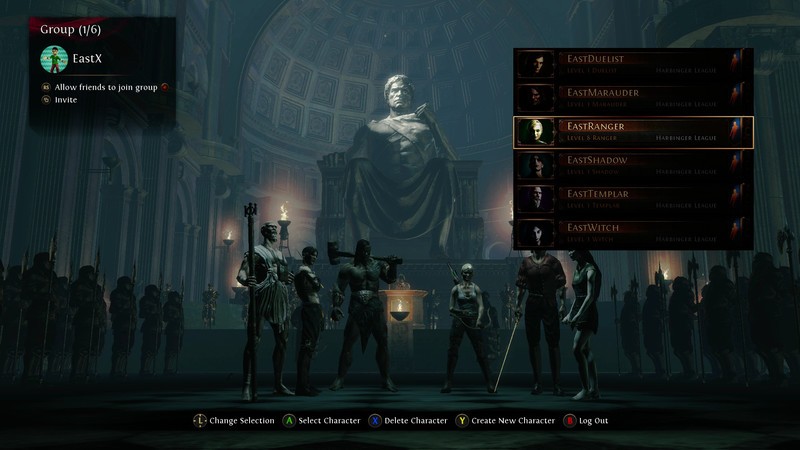 Path of Exile is a free action RPG where you take one of seven classes to venture into the world. At first, the game can seem very complex, as there is a lot to learn. Check out our tips for beginners to quickly send this game!

2. Start by choosing a pre-made build

Most players prefer to create unique characters, with builds done manually. However, there is an associated risk if you are not sure what you are doing. The problem is the limited number of points that allow you to change your skill tree. This makes it impossible for you to fully correct your build . Start by taking a look at pre-made builds , focusing only on improving your character in the game. Check out how to use Path of Building to facilitate the creation of your builds!

Leagues are the variations that affect the game itself . There are several types and some may not always be available. You can play the predefined version of the game, called Standard League, or you can focus on other versions with different difficulties or challenges.

In Path of Exile , you usually have to equip gems to gain new skills. Any class is enabled, but the gems themselves have specific requirements related to attributes and level . In addition, the gems can only be fitted in slots of the same color. Remember that equipped gems also level up as you gain experience. Although your character receives an experience gain penalty when revisiting low-level areas, this does not apply to gems. That is, you can exchange your gems and return to these areas to improve them quickly. There are two types of gems:

Normally, characters don't regenerate life, just a little mana per second. However, you can reset your health and mana manually using the appropriate potion type . These bottles refill whenever you visit a village or hideout, or when killing enemies. You must equip armor and passive abilities that increase automatic health and mana regeneration. Thus, you will keep these attributes at a comfortable level whenever you go on an adventure.

6. Don't get all the items you see

All the items you pick up during your adventures will take up space in your inventory. In order to load as many things at the same time, you need to readjust this space , changing the pieces in your bag. However, most of the time you will have a full inventory quickly. Ideally, ignore items that your character cannot use or are of low value. That is, you can safely ignore all the white items you find unless you are heading towards the village and still have plenty of free space in your bag. The rarest items are usually the most valuable and the ones that are worth selling. Also, don't miss out on any piece of equipment or weapon better than what you currently have . The rarity of the items is indicated by their color:

In Path of Exile there is no gold. Instead, the currency used by players is orbs . There is an economic system that will determine the value and inflation of each type of existing orb. But each of them also has a function in addition to being used in shopping. In general, the most important rule to follow is not to use them while leveling up .

Path of Exile is a game that can be played alone, but you can also take advantage of cooperation with the rest of the community by joining a guild . The main function of guilds is to gather players to venture out on maps and share items. You can also occasionally play in public groups , looking for other players in the city.