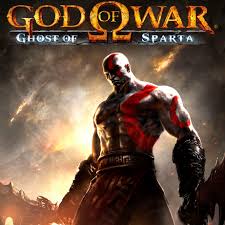 Unlock The Temple of Zeus: Complete the game for the first time. Unlockable alternative appearances: Deimos: Complete the game. Armor of God: Complete the game. Legionnaire: Enter the code of the presale version of the game. Robot: Buy it at The Temple of Zeus for 70,000 orbs. Zeus / Gravedigger: Unlock all the bonuses in The Temple of Zeus, solve the puzzle and use the shovel. * Note: Can only be used on the battlefield. Unlockable attire: Perform the following actions to unlock additional attire: Kratos: Unlocks at the beginning of the adventure. Divine Armor: Beat the game on any difficulty. Deimos (Brother of Kratos): Beat the game on any difficulty. Robots: Buy 250,000 orbs from the Temple of Zeus. It is the first lion-shaped orb statue just to the right of the Temple of Zeus. Zeus / Gravedigger (can only be used in combat arena): It will be available when you unlock everything else in the Temple of Zeus, solve the puzzles and use the shovel (Gravedigger). Legionnaire: Reserve the game with a unique code. Modes: Beat the game to unlock the Combat Arena and God Mode (Very Hard). Get 1,000,000 orbs easily: Go to the Combat Arena and put your life and magic to infinity. Select the easy difficulty, use as many enemies as you want and the maximum you can (the cyclops and minotaurs allow you to make great combos). Use the "Whip of Erinys" power. As you have life and magic in infinity, keep hitting the left directional button. Go to the Temple of Zeus and sacrifice all acquired orbs. Alternative: Near the beginning of the game, when you are fighting the beast that Kratos' mother becomes, do not press CIRCLE when you have her defeated on the ground. Instead, continue hitting it with the Athena Swords (or any other weapon) and it will drop Red Orbs every time you damage it. The rest already depends on the desire you have to keep doing it until you reach one million. Locations of the Relics of the Gods: You must overcome the game before you can find these relics to use them. Aphrodite Ambrosia / Learn the Power of the Sparta Attack: Play and “win” the sex minigame in Sparta 3 times. Athena Owl / Treasure Detector: After the video scene where Kratos destroys the statue of Athena, he searches through the rubble of the relic. Ties of Ares / Infinite Magic: In the Domains of Death, look near the Death Gate. Amulet of Callisto / Complete final moves automatically: After defeating Callisto you will find him on the ground. Graveyard Shovel / Play as Zeus in Combat Arena: Unlock everything in the Temple of Zeus. Ring of the King / Multiply by ten the orbs: When the lava turns gold, throw yourself in the area where Midas touched it.