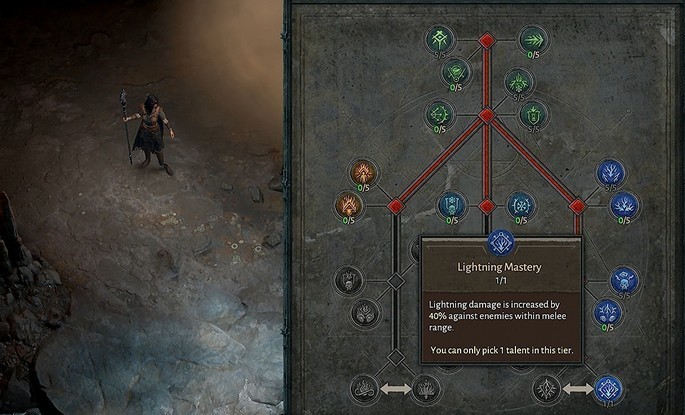 At BlizzCon 2019, Blizzard announced one of the most desired returns for many players. Diablo IV was officially presented and, with this announcement, very promising cinematic details were shown to lovers of the saga. In this article, we have compiled everything we know so far. Check out!

Unfortunately, the game is still in development, which means it does not have a fully defined release date. The game progresses at a good pace, but it looks like we still have to wait longer to enjoy the fourth part of the Diablo saga. What we do know is that Blizzard will try to launch Diablo IV in 2020. Of course, we will update this article when we are sure of the final release date. Until then, warm up the engines and get ready for the new adventure, which will arrive at any moment! Unless there is a surprise, Diablo IV is expected to be released on PC, PS4 and XBOX One.

The history of Diablo IV

The game announcement at BlizzCon 2019 was done in style, showing breathtaking cinematics: This video gives rise to the context in which we will play Diablo IV. The story is located a few years after the events of the previous edition, Diablo III. He will report Lilith's return to the Sanctuary, after eons in deep lethargy. This will have a consequence: the world will be full of demonic and dangerous creatures! For this reason, the world of Diablo IV requires true heroes to clear the hordes of enemies and defeat Mephisto's daughter, the boss we already faced in the second installment. Speaking of heroes, it's time to talk about classes!

It is known that there will be five classes in total, at least for the initial launch of Diablo IV. However, at the moment, we only know three, who are barbarians, witches and druids. Not only that, but we can personalize them in talent, skills and appearance. Here is a video presentation of these three classes, with a little gameplay: Of course, the fight will become a little slower compared to Diablo III, but it will also be more direct and bloody.

While in Diablo III we had common, magical, rare, scenarios and legendary items, in Diablo IV a new level of quality will be added: mythical. This will bring more possibilities of having different types of equipment, in addition to adding more content to the game. On the other hand, the skills and talent tree will receive touches from the previous game. You will unlock different skills and be able to improve them as you level up. In this new part of the saga, there is a much greater focus on depth and possibilities that will result in unique characters. The talent tree will have several branches and we will need to think carefully about how to direct the gameplay and to know which way to go and which skills or talents to unlock. In practice, you will have to choose between unlocking new skills and talents until you reach the end of the tree, or prioritizing the maximization of some of them as quickly as possible. Blizzard wants to give us a rich experience in this regard, so that we can feel very comfortable with the development of our character. It will be easy to adapt the hero to your play style!

An open world with a dark atmosphere

One of the biggest complaints about Diablo III was that its atmosphere didn't look as bleak as the first two titles. Blizzard took this into account and in Diablo IV we return to those types of terrifying environments that are so pleasing to fans. Not only that, but the developers have taken a leap into the open, non-linear world. The game will take place in five very wide and continuous regions, which will involve the Kehjistan desert, the Scosglen forests and the Dry Steppes. One of the big surprises is that we can explore these regions at our own pace and in the order we want. As each region will be considerable in size, with multiple places to visit, Blizzard also wanted to include mounts.

Diablo IV will also ensure that you don't get bored over time. Exploring will allow you to discover a multitude of different dungeons, which will also be randomly generated. This implies that each time you enter a particular dungeon, it will be different for the rest of the players. One aspect that Blizzard is working on is the verticality of the maps. To clarify the concept, there are areas where you can climb and therefore reach other areas that you would not be able to. In this way, the Diablo IV map will reach dimensions never seen before in the saga.

Bad news for many players: the game will require a permanent Internet connection. You won't be able to play alone without the need for WiFi. This implies the following: the world of Diablo IV will function as a persistent world, similar to an MMORPG. Obviously, the main missions will be carried out privately or cooperatively. Throughout your adventure and on your way to becoming the new hero, you will encounter many other players on your journey, especially in the villages. Every week you can team up with other teammates to overcome cooperative dungeons and defeat dangerous new enemies that threaten the world. In addition, Diablo IV will also include a PvP system (Player vs Player), that is, player against player. There will be areas planned for this; therefore, we may have to pay attention to the places where we pass. This is a unique touch for the saga that will surely divide fans. Finally, the game will give us the option to activate Hardcore mode , the one in which if you die, you will lose all your progress for good. Keyed up!