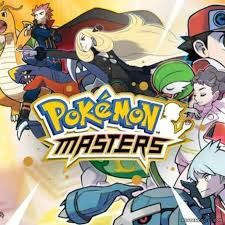 Overall Pokémon Masters is not a difficult game. In fact it is very intuitive, has an easy to understand interface and very explanatory menus. But you will notice that after the second chapter things start to get harder. The enemies get stronger, and that team that seemed unbeatable loses the first fight. If that's your case, we've put together a guide with all the tips for blasting Pokémon Masters ! Learn how to become a powerful trainer without resorting to microtransactions. Learn how to evolve your Pokémon and take every trick in 3 vs battles . 3 of the game.

For much of the gameplay of Pokémon Masters you will be battling. So, you should learn everything about how battles work in that game. And the first thing to learn is that you will be leading a team of three coaches. This trio may have its members changed, of course, but it will never stop being a trio. Having understood that, understand that it is no use wanting to use just your favorite trainer / Pokémon pair. Your Pikachu is very cool and probably strong, but you will not be able to defeat all enemies alone. To consider yourself a true Pokémon Master in this RPG you will have to master all the steps of this new combat system. This is even more important if we think about battles in areas. Area battles consist of two or three battles in a row. They usually give a lot of experience, but they are more complicated. Your Pokémon's hit points don't regenerate between battles. But calm down! Even if one or two Pokémon die, they will still gain experience.

2. Use opponents' weaknesses above all

You will notice that all attacks by the three Pokémon on the team depend on a single energy bar to execute. Certain attacks, the weaker ones, in this case, consume less energy. Obviously, the most powerful will consume more. Many unsuspecting coaches will certainly not notice this. Therefore, their attitude will be to use Pikachu's Thundershock almost constantly . After all, it consumes almost no energy, so it can be used almost all the time. This is of no use, however, if your opponent has Stone or Plant type Pokémon. You will just waste time and gain damage for free while you could have already won the battle. In this sense, the correct thing is to use the opponents' weaknesses to your advantage. If your opponent has a Geodude, use Starmie's Bubble Beam. It uses more of the energy bar, but it will surely defeat in one stroke only the other Pokémon. It is smart, therefore, to assemble your team carefully before each battle. In the pre-combat scenario you can see what types of monsters are recommended for your team.

3. Build a team consistent with each battle

Brock and Misty are really cool, but you won't be able to have them on your team in all battles. As you progress through the game, battles will require different types of Pokémon. As stated above, before each duel you will be informed about the types of Pokémon you need to have a better chance of winning. Keep in mind that you won't always have the ideal types in your pair collection. This will become more common at higher levels of the game. When this happens, because it certainly will, the only alternative is to avoid having on the team types who are weak in relation to the opponents.

4. Use Potions whenever necessary

Each coach on the team has two Potions with them. That is: there are six Potions that you can always use in each battle. The best thing about this is that you don't have to buy these precious items when you spend them. With each battle, each trainer will have two Potions as usual.

The sync moves are special moves. Each Pokémon has its own, with the possibility for the monsters to learn new sync moves as they level up. In order for you to unleash these attacks in battles, you need to hit your opponents with an "x" number. Usually after 8 to 10 successful attacks and you can use them now. When this occurs, attack immediately. Here, too, the rule of using opponents' weakness to your advantage applies. There is no point in using a sync move by Flannery, who is a Fire type trainer, against a Water opponent.

6. Train all your peers as much as you can

Learning how to battle is very important in Pokémon Masters . But there is no point in dominating battles if your trainer and Pokémon pairs are weak. The training in this RPG is constant if you don't want to appeal and use real money to facilitate your progress. Anyway, lucky you that Pokémon Masters gives you several opportunities to improve your fighters. In fact, there is even a Training Area in the game. There you will face some coaches to earn several rewards. You can repeat these battles as many times as you like, and you can quickly raise some good levels. Pay attention that each sync pair has a number of stars. The maximum number is 5. Those pairs that have the 5 stars can reach the ceiling, which is level 100. This makes a difference in your perception of which pairs are more worth training or not. Also pay attention to the Training Machines. These items are very important for learning new attacks and passive skills.

The Level-Up Manuals are items that accelerate the evolution of your peers. Let's say they work in a similar way to a Rare Candy, as they give your Pokémon / trainers extra experience without having to battle. You win these items naturally after battles. However we have a tip. In the Training Area, in the first battle of the Level-Up Course, you can obtain six such manuals whenever you win. With luck, you get two more extras for your battle performance. They are level 1 manuals, but having several of them certainly makes it much easier to level up one or the other pair.

Evolution is a very important part of Pokémon Masters . She follows the same general idea of making her little monster more powerful, with new attacks and abilities. Unfortunately your Pikachu, following Ash's example, will not evolve. But most of their peers contain Pokémon that evolve. To do this is very simple. When a pair reaches level 30, you must go on the pair missions and there you will have an evolution mission. For that, you will need to have evolution shards . They can be obtained from the Shop. Exchange your coins , obtained in battles, for groups of shards . The evolutionary mission is to battle an opponent. If you win, your Pokémon evolves. If you don't win, you need to try again, but you won't lose your shards . At level 45 you will have access to the third stage of evolution, if your partner's Pokémon has that stage.

A more practical tip: always log in. Every day, even if you don't want to play, enter Pokémon Masters just to make your presence there. The more days you log in, the bigger and better the prizes you will win. Usually they are the Gems, used to obtain new sync pairs . In addition to login, daily missions are very important. They are enabled after Chapter 5. These missions also provide great rewards, such as Evolution Manuals, Training Machines and Gems. See our review of Pokémon Masters ! Learn how to download the game for Android and iOS.