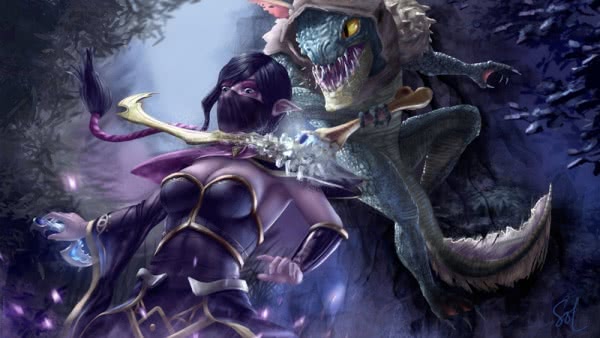 A lot of people want to get carry heroes because they are an important role on the team. These heroes are stronger than all the others, being almost invincible and managing to completely destroy the enemy team. Check out four reasons why you do well to choose a carry hero!

1. You have priority over deaths

In DOTA 2 , all characters have a pre-defined role during the game. In the case of the carry hero, he has priority to farm experience and gold , as his goal is to "get fat" enough to be able, later on, to lead his team to victory. These heroes usually earn that gold and experience of creeps that they kill in the first phase of the game, so they have to be the last to hit these enemies. As it is in the interest of your allies that you get as many items and experience as possible, they will leave all deaths for you to take .

2. You depend little on the team

There are some carry heroes who can help in team fights early on. However, most of them are useless until they are able to pick up items and scale their skills, so they have to farm for a considerable part of the game . This means that after the initial vulnerable phase when a support protects you, you will be strong enough to be independent for the rest of the game.

3. You will be praised

DOTA 2 is a team game, but not all players have the same function or importance. Catching a carry hero, you will be a key element in your team and in the success of the match . The other players will create the best conditions for you to evolve as much as possible until you reach the point of taking the whole team to victory. When you start winning matches for your team, get ready for all the compliments that will make you very confident!

4. You will have fun

When you reach a point in the match where you become practically invincible and run away decimating the opposing team, you will realize how rewarding it is to catch a carry hero. If you do your job well and manage to "get fat enough" to scale your skills well, then the entire enemy team will try to catch you only to die miserably from your massive damage.