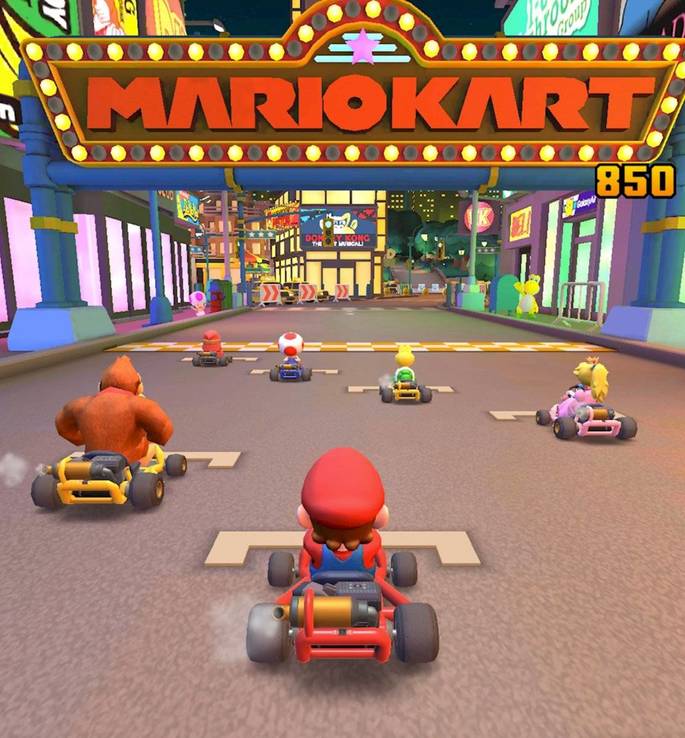 Today many players are looking for games to pass the time. Whether while in line at the bank, on the bus or even lying in front of the TV. We have separated in this article the definitive list of the best casual games for you to have fun for a few minutes when you just want to watch the hours go by! All are free and available for mobile!

DOWNLOAD Candy Crush Saga is one of the most famous and played titles in recent years! It was launched in 2012, but it is still a success today. It is considered a game of puzzle . In it you need to make combinations of sweets and treats to complete various objectives. The game starts easy, but as the player progresses through the levels, they get more complicated. Some take hours and even days for a casual gamer to overcome. Which is ok, since this is really a game to pass the time. In this sense, it is worth mentioning that Candy Crush Saga works with the life system. In other words: you have 5 lives and lose one whenever you don't pass a level. They regenerate every "x" minutes, or you can ask Facebook friends who play the game to send you. This is a super simple and easy to play game. It is available for Android and iOS, being considered one of the most influential of its kind. It is not for nothing that 3 different official versions of Candy Crush were released . Apart from those clone versions released by other producers.

DOWNLOAD Who never got on the bus and saw a person playing Pokémon GO ? Yeah! This phenomenon of Nintendo is still in the hands of players. It is a great game to pass the time while going to class or to work. Best of all, it's completely free for Android and iOS. The bad thing about Pokémon GO is that it requires constant internet access and consumes a lot of cell phone battery. Even using the battery saver of the game . In addition, in some regions of Brazil it can be dangerous to walk around hunting Pokémon. So be careful and play it even when the time is up. Know the advantages and disadvantages of Pokémon types

DOWNLOAD Nintendo's most recent release for smartphones was Mario Kart Tour . The mobile version of Mario and Luigi's gang racing game is making tremendous success on cell phones. As the game is relatively light, it is ideal for all types of devices. It is a pity that you ask for constant access to the internet. Still, MK Tour is a good suggestion for anyone who wants that game without compromise and who doesn't need constant attention and focus. It is to do one or two runs while moving from side to side of your daily journey and that's it. This title is certainly attractive to all audiences, mainly because it is not paid. See our review of MK Tour ! 11 tips for doing well on Mario Kart Tour

DOWNLOAD This is another phenomenon of casual games. DLS is a version that has surpassed FIFA and PES Mobile in the preference of football lovers. It has easy to master mechanics, can be updated with the latest uniforms and allows players to even create kits for their clubs in the game. We can say that Dream League Soccer gets the best of both worlds. You can be a manager of games like Top Eleven , as well as be the pro player of the FIFA franchise Pro Clubs . As this title does not require constant internet connection, it is one of the best options for sports games for those who do not want to spend their data pack quickly. How to update kits from major DLS clubs See the updated kits of the clubs of the Brasileirão Série A in Dream League Soccer

DOWNLOAD Temple Run is an unquestionable classic. Basically your mission is to guide a character who runs through paths full of obstacles. You have to make him go sideways, jump, duck and collect items along the way. Several versions of this style of play have been created, but this is really the best. The game does not require you to be online , which facilitates access for all audiences. It is free and available for Android and iOS. If you don't like Temple Run specifically , Tomb of the Mask is another good title. Both are somewhat reminiscent of the Tomb Raider franchise .

DOWNLOAD Among Us is one of the most different games on this list and one of the most fun. It is completely online , but it is fast to play, despite being challenging. You can be a member of a ship's crew or an imposter, whose mission is to kill the crew and sabotage the vehicle. All without being discovered. The game is cool because it's kind of a detective and a thief. Whenever someone suspects an imposter, they can call a meeting. Everyone, including the criminal, debates and votes on who should be expelled from the ship. If they expel the right person, the game is over. Otherwise, there is one more round and so there will only be one impostor left or he will be discovered. 7 Tips for Winning Among Us Find out how to make your nick invisible in Among Us

DOWNLOAD Granny already has two games, but it is the first that has impacted the players the most. The idea is that you are trapped in a house haunted by an old murderer. The mission is to escape the house without dying, which, believe me, is extremely difficult. In addition to the challenge, the scares are constant. Mainly because the ideal is to play with headphones, to hear the old woman approaching you. There are weapons and other items that you must use in a sequence to discover keys, open safes and doors to escape.

DOWNLOAD Cool Goal is one of the simplest on the list. This is really ideal to pass the time, as it does not bring much variation in gameplay or game modes. Your goal will be to score goals in a goalkeeper. At first it is easy, but as you progress through the stages, you will see that things get complicated. There will be obstacles, most of them moving, which will require tactics and a lot of patience. The good thing is that on that way home to work you will have plenty of time to figure out how to get through the most difficult stages. Learn how to play Cool Goal like a pro!

DOWNLOAD Fans of snooker, billiards and the like will love this game. It is considered one of the best pool games for mobile . It allows competitive online matches or simply mini-games alone. The bad thing is that you need an internet connection and a social network connection to unlock all game modes. It is worth it because there is also a simple ranking system. For those who like to always try to be the best, 8 Ball Pool is a good option in this regard.

DOWNLOAD Subway Surfers is another game that has been successful on mobile for years. It resembles Temple Run style games , but is more themed and focused on urban environments. You take control of a boy who needs to escape from a policeman, collecting coins, special powers and escaping being crushed by a train. The cool thing about Subway Surfers is that they don't need an internet connection at all. It also features different versions within the same game, according to the time of year. Christmas and Halloween are some parties that get boards, clothes and special scenarios.

DOWNLOAD This is so popular that it has gained console versions since it was launched in 2011 for mobile . The game is all in 2D, following the Subway Surfers scheme : the greater the distance you travel without dying, the more points you get. The character wears a jetpack and special clothing, which can be changed if you buy at the store. The game also features special vehicles that can be purchased within matches. Themed outfits emerge from time to time, and you can acquire powers that will make your journey easier.

DOWNLOAD Stack Ball is addictive, despite all its simplicity. Just play the first time and you won't want to stop. Controlling a ball, the mission is to destroy platforms to reach the bottom of the structure. On each "floor" of the platform there are parts of the structure that eliminate the player and start the stage from scratch. This document was edited with the instant web content composer. Use the online HTML converter to convert the documents for your website.