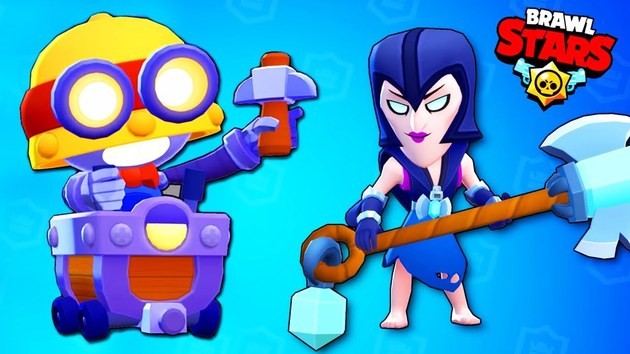 Don't miss any news from Brawl Stars. In this article we will keep a complete record of all updates released for the game. The last one was released on 09/18/2019 . The article will be updated as new updates are made in Brawl Stars. Therefore, the first one you see below will be the most recent, followed by the previous ones. Check out!

Lone Star : just like the Starfighter, but individual. Total of 10 players. Boss Hunt : All 10 players fight each other while trying to do as much damage to the Robot Boss as possible.

Main Attack - Miniminas : In the main attack, Tick launches three mines that explode in contact with an enemy or after a few seconds Super Hot Head Attack : Tick shoots your head like a self-directional missile, damaging enemies in an area. The head can be destroyed before reaching the target. Tick Star Power - Oil Change : Tick regains health 1.5 seconds faster.

The new Star Powers will arrive in the coming months (3 will be released per week). It will be possible to obtain them in boxes or in the Shop. The old ones will continue in the game. Each Brawler in the game will receive a new Star Power, but only one can be equipped. With this new feature, Star Powers can now be selected from the Main Menu and the Brawler Menu. Check out:

Star Points are a new currency that you can use for exclusive items like Star Skins. You get Star Points whenever you reach your Brawler's classes 10, 15 and 20, as well as at the end of the season (half of the trophies over 500 that you lose are converted to Star Points). Star Points will be credited retroactively if you have already upgraded a class Brawler.

Bibi hits a gum ball that damages enemies and can hit a target multiple times.

Meet the classes of Brawl Stars: skills and characteristics

Brawl Stars: meet the best characters for each mode!

Now see: 10 tips to start doing well in Brawl Stars! Learn how to play Brawl Stars on the PC with emulator!