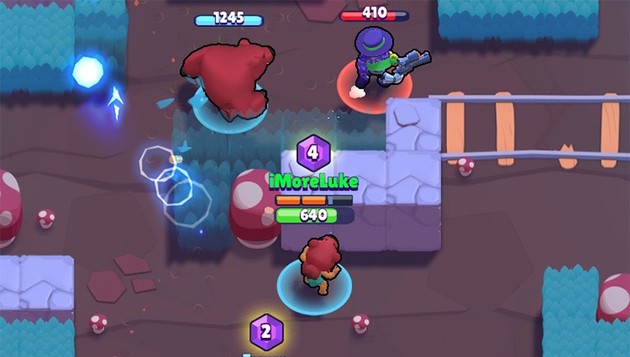 Brawl Stars has arrived for those who like action without limits, lots of shooting and really cool characters. Try different modes in solo, duo or trios, picking up gems and gold, detonating your opponents and improving the skills of your warriors who, in the game, are called Brawlers. But nothing better than to start playing well from the beginning so as not to make too many beginner mistakes. Check out our tips to debut in style in Brawl Stars!

Despite the differences between the Brawlers, they all have controls in common: movement and attack . Each Brawler has two bars: the health bar and the attack bar, divided into three parts. It is possible to shoot three times before reloading is necessary. It is very important to attack at the right time so as not to be vulnerable and always keep moving to make it difficult for your opponents to aim. Find out all about the latest Brawl Stars update!

2. Aim well at the target

When you press the attack button once, your Brawler will shoot the nearest enemy. This is effective in an emergency, but accurate shots do not put your character in danger. Press the fire button and hold to aim. When fixing your target, release the button to shoot. Some Brawlers can even shoot slightly curved.

Whenever you take damage, try to heal yourself by going away from the fight or behind protection and don't shoot. It only takes a few seconds to fill your life bar, but firing while healing heals the process. It is not an escape, but a strategic retreat.

4. Use the Super Attack

Each Brawler's Super Attack charges whenever he shoots opponents. Depending on your Brawler, this attack can be more or less useful, depending on the game mode and your objective. Use at decisive moments.

5. Whenever you can, protect yourself.

Looking at the maps carefully, you will see that there are bushes and stones. The stones protect you from enemy shots. The bushes, although they can be destroyed, also serve as a hiding place. Use this advantage well, surprising your enemies!

The initial character of the game is Shelly, but there are other really cool characters that you can access without spending real money. But before you jump for joy, remember that to have access to all the characters you need a lot of game time and, above all, many victories. Different characters can be accessed in several ways:

Although the Brawlers will link up according to the fights they win, it does not increase their skills. To do this, it is necessary to collect Power Points . You find Power Points inside the Brawl Boxes - you get one whenever you collect 100 Tokens - or you can buy them using gems. Power Points are specific to each Brawler and cannot be used on other characters. It is very important to be aware of the different deals in the Store, as you can get Power Points at good prices on different days.

There are different modes in Brawl Stars. The Pique-Gema mode is the initial one, very fun and full of action, but the creators have added more modes that are worth checking out. Access the different modes by winning some trophies. Check out:

Each Brawler is unique, with different attacks and super attacks. Choose effective Brawlers for the mode you are going to play. Find out which are the best Brawlers for each mode!

Club is simply as Brawl Stars designates Guild or Clan. Even if you are a beginner, it is very advantageous to join a club or make one with your friends. It is possible to create friendly matches that reward players with Tokens and Trophies or participate in the ranking, facing other players. Click here for more Brawl Stars tips and tutorials!