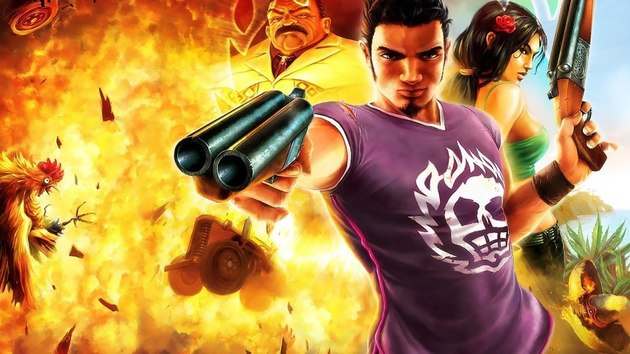 All games in the GTA franchise have sold over 120 million copies. And this success of Rockstar seems to be in a simple formula: an open world, where the player fits into a reality of gangs, corruption and crime. If you're a fan of this type of gameplay , be aware that there are a lot of GTA- like games . Many of these games are free and even available for mobile phones. Others, in turn, you need to pay, either for PC or for PlayStation and XBox. Whether you're a mobile or console player, see below for our list of 10 games similar to the Grand Theft Auto franchise .

Platforms: PS4, Xbox One, and PC Watch Dogs , developed by Ubisoft, was released in 2014, but did not get very positive reviews. It was only with one sequel in 2016 that this franchise gained the attention of the players. If you knew nothing about the game and tried the gameplay , you would certainly think that you are playing some kind of GTA spin-off . The plot is not entirely focused on the criminality of the streets of a major city, but there are many related elements in Watch Dogs 2 . You take control of a young hacker who wants to destroy a big tech company. You have a hacking system that can control just about everything in the game. In addition, of course, you have at your disposal a range of firearms and melee weapons. It is possible to steal cars and motorcycles and drive around town driving for nothing. There are a lot of side quests that involve taking selfies on important monuments or helping random NPCs. You must play this game if:

Platforms: PS4, Xbox One, and PC Just by name you can see that Mafia III is a game very similar to GTA . The plot involves the player, who takes on the character Lincoln Clay, in a theme of revenge and violence. The goal is to dismantle the New Orleans-inspired city of New Bordeaux. This fictional city of the game presents itself to the player as a wide open world. In this open world you can fulfill major and minor missions, which usually involve eliminating enemies. Interestingly, in addition to the use of firearms, it is possible to defeat opponents in physical combat. There is also the possibility of doing this using stealth techniques. Something quite different from GTA is the presence of interrogations. If you wish, you can interrogate enemies for information relevant to the game's progress. An interesting point of Mafia III is being able to attack and control buildings belonging to the Italian mafia. On top of all that, you can have fun driving around the city. You must play this game if:

Platforms: PS2, PS3, PS4, Xbox 360, Wii, PC, and Mobile Bully , also from Rockstar, manages to be more controversial than GTA . As the name suggests, the theme is focused on the practice of bullying . The player controls Jimmy Hopkins, a teenager who lives in an unhealthy school environment. There he has contact with teachers and immoral officials, as well as fellow bullies who beat the most defenseless. This game has the concept of open world, although it is a limited open world. Initially you only have access to the dormitories and all the school grounds and buildings. As you are in a boarding school, you should attend the classes, which are various and even quite interesting. But it is in exploring the student world that Bully proves interesting. You have no guns, of course, but you can use slingshots and your hands to face opponents. They are the school bullies and student gang members. Your goal is to survive this world of threats and aggression, always protecting the weak. Of course this game allows you to be as bully as your enemies, but this is a player's choice. The combat system, incidentally, is very well developed in relation even current games like GTA V . You can take the enemy to the ground and finish him with different blows according to their position. Also, each opponent has a different difficulty level. A nerd is easier to beat than an athlete, for example. You must play this game if:

Platforms: PS2, Xbox, Nintendo GameCube and PC The second game in the True Crime series is yet another urban adventure very similar to GTA . The protagonist is Marcus Reed. He was a member of a gang until he was shot and saved by a police officer. Just five years later he became a New York police officer. This city, which is the scene of the missions of the game. The open world of True Crime: New York City is very small compared to GTA V and even GTA: San Andreas . Still, it is possible to drive and walk the iconic streets of this metropolis. If you want, you can order a taxi to get around Manhattan or even take a subway. Perhaps the funniest thing about this game is that there are two different endings. There is the Good Cop ending and the Bad Cop ending . Finals will be selected by the game according to their performance during the main missions. If you're a correct cop who didn't kill suspects or steal money, you'll have a good end. If you have been corrupt, you know what awaits you. You must play this game if:

Platforms: PS3, PS4, Xbox 360, Xbox One and PC Like Mafia III , Sleeping Dogs is a game that involves fighting the mafia, in this case the Chinese. This game is set in the city of Hong Kong, with a huge open world. Under the command of police detective Wei Shen, you can walk the streets or drive vehicles. Among them are boats, motorcycles and cars. Combat is not so focused on the use of firearms, but rather on body fighting. There are elements of Batman: Arkham City in the "FreeFlow" style scam system. The vehicle driving system has elements of the Need for Speed series . Like every open world game similar to GTA , the player may or may not perform the main missions. They serve to progress in the game and to clear areas of the city. Sleeping Dogs , however, offers a host of side quests and extra activities. If you want, you can steal cars, join wrestling clubs and bet on cockfights. You can participate in car races and, if you want, visit the main player's girlfriends. Remembering that Sleeping Dogs is a sequel to True Crime: New York City . The name was not True Crime: Hong Kong because there was a change in the developer during the production of the game. You must play this game if:

Platforms: PS3, PS4, Xbox 360, Xbox One and PC The acclaimed Saint Row game series could not miss this list. The latest, Saints Row IV , again brings group leader Third Street Saints. He is now President of the United States, which means the whole game is set in a fictional Washington DC-like city. It's actually the same Steelport as the third game, but redesigned. What catches the eye in Saints Row IV is that the gang dispute, the classic theme of previous games, no longer exists. The enemy is now extraterrestrial. The goal now is to face aliens in a dystopian and futuristic Steelport. To this end, the player receives elemental and supernatural powers. Compared to the previous title, the character can now jump buildings and run at super speed. In addition to various super powers, there is a skill tree that can be improved throughout the game. As with the other games in the series, you can customize your character's appearance almost entirely. You must play this game if:

Platforms: PS2, Xbox, and PC A little mentioned game that goes far from the best sellers , but it is very interesting. He is evidently inspired by GTA , and is a parody of the movie Once Upon a Time in Mexico . The player can control three characters: Tommy, Ernesto and Ramiro. The first two are controllable only in the first two missions, however. It is with Ramiro that you venture into fighting Mexican drug cartels. The gameplay is what we know: driving or walking in an open world that takes place in a Mexican town. You have the possibility to use a range of firearms, as well as you can acquire ordinary cars and other legends within the narrative. The melee combat system has one interesting feature: you can finish an enemy with the so-called Loco Moves . There are six different Loco Moves , each giving access to different combos and experience points. You must play this game if:

8. The Godfather: The Game

Platforms: PS2, PS3, Xbox, Xbox 360, Wii, and PC Surely the theme music of the movies and even the game has come to your mind. The Godfather: The Game , inspired entirely by the 1972 classic, features many voiceovers from the original movie. Despite this, however, it is only inspired, as the plot follows very different paths. The game is one of the simplest on our list, in virtually every way. Although set in an open world in New York City, the mode of exploration is not that wide. Everything focuses more on destroying the families rivaling the Corleone family. The goal of the player is to become the new "Don". The fun is that throughout the missions you will be able to recognize some moments taken from the movie. You must play this game if:

Platform: PS4 Yakuza 6 is the latest title in the celebrated Yakuza franchise , which focuses on the Japanese mafia. In this game you control Kazuma Kiryu, a former member of this mafia and who fights after being kicked out of the group. Despite graphic improvements and combat and vehicle driving systems, Yakuza 6 continues the legacy of other franchise games. That is, this game brings the same dynamic mixed between open-world exploration and elimination of enemies with firearms or in close combat. There are locations in three Japanese cities: Onomichi, Tokyo and Kamurocho. In all of them the player has access to primary and secondary missions, as well as new items as the game progresses. You must play this game if:

Platform: PS2, Xbox and PC Anyone who is a fan of Quentin Tarantino will surely understand the reference. Reservoir Dogs is an adaptation of the film directed by the director and is full of controversy. It did not receive very positive criticism, being banned in countries like Germany and Australia, for promoting acts of pure violence. Anyway, it's a partial open world game. Missions are basically kidnapping people and taking hostages. The idea is not to kill anyone. Reservoir Dogs mechanics classify the player as either "Professional" or "Psychopath", depending on how they act during gameplay . The ending will also depend on how you behaved while playing. You must play this game if: