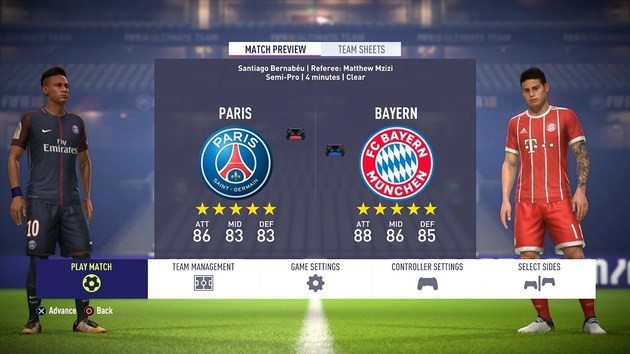 There is always a way to improve your football in FIFA. Your friend may be winning but after these tips everything can change. As in a real football match, there are small details that can make all the difference between victory and defeat. Practicing a lot is essential to playing well, but sometimes we can always repeat the same mistakes. Learn our strategies and do your best to beat your friends in FIFA.

When you take the ball to attack you have two options: positional attack or counter attack. The mistake of many players is to think that they are always on the attack, so they attack in a hurry and lose the ball quickly. The counter attack results when your opponent is outnumbered. Right after defending a corner, for example, there may be a good opportunity to counter attack, but quick players are needed to get the ball out quickly. If your opponent repositioned your defenders, forget the counterattack and move on to the positional attack. The positional attack is a type of attack in which you have to be very patient. Always find pass lines and never rush to kick. If your opponent is very defensive, run your game across the terrain until you find a good space to shoot for a goal.

Yes, defending well in FIFA is essential to winning matches. For that, you have to be very patient and not rush to steal the ball fast. It is important to apply pressure across the field, but that pressure may just be removing pass lines from your opponent. Try to place your player always close to the player who thinks he will receive the pass. Avoid using the carts and be very careful within your area. There are players who like to shoot penalties and you have to be smart not to fall into the trap. Position your players well in defense so that your opponent has difficulty in causing danger.

Don't take defenders out of their positions

Change the team's mentality to offensive or ultra offensive if your opponent is defensive. This is important in order to have your players always available to attack. It is very frustrating when you want to attack and then nobody goes up. The team's tactics are important for you to attack well, but the mentality like other game strategies can be fundamental to win. Also explore other game strategies like the high defensive line or switching points during matches.

If you are always losing with the same team, don't be stubborn and change. Your opponent may have adapted to your playing style and knows your weaknesses. Naturally, there are teams that we identify with more easily than others and that fit better with our way of playing. Try teams that play in different tactics. For example, Barcelona play in 4x3x3 and Juventus play in 4x4x1x1 and both are very strong. The players you can play better also count a lot. That's it, go experimenting. Meet the top 10 FIFA 18 teams and their stars

5. Don't try to fake everyone with the stars

In football there are very talented players like Neymar or Messi, but remember you will not win matches just with them. Football is a team game and you must circulate the ball well to all players. It is obvious that you must take advantage of the individual skills of the stars to create imbalance. A feint before a cross or to find space to kick may be necessary to score. But don't focus on always passing the ball to the stars. All players are important in the team.

All players get tired and it is important to manage the effort well. Remember that the game is 90 minutes long and most players can't handle running the whole game. Despite this, if you are dribbling in sprint you will not be able to control the ball well. Use the sprint when you have space to run at a distance over defenders. When you're defending, you don't always have to be chasing the ball. The ideal is to position your players well by cutting the pass lines.

During matches, you can make three substitutions and this can be the key to winning the toughest games. After 60 minutes, see who are the most tired players to replace them. Usually, the winger and the midfielder will be the best players to replace. In the last 30 minutes of the match, you will find the opponent's defense more worn out and can take advantage with players from the bench.

8. If pressed, kick away

This is a rule that you cannot even break. There is nothing worse than conceding a goal because you lost the ball in your area. Never make it easy and if it is pressed, kick the ball any way far. When defending a corner, always think about getting the ball out of there anyway. Many players lose because they always want to play nice and sometimes lose the ball in a childish way.

Kicking also has its technique. If you don't target your shots well, you will need plenty of opportunities to score. There are players who shoot very little, but when they shoot it is almost always a goal. To make a perfect kick, the ideal is to always make a diagonal movement to be able to place the ball on the far side. For example, if your player is left-handed, you must make the diagonal from right to left to kick well. If you don't get a lot of space, you can always kick using the R1 (on Playstation) to give that beautiful effect to the ball.

If you master the free kicks, they can be almost as effective as a penalty. There are very good players in the free kick, but they all have a different way of shooting. For example, Cristiano Ronaldo kicks very differently from Messi, but both are great players in the free kick. The ideal is to train a lot of free kicks with just one player on your team so that you understand perfectly how to shoot. Practice in training mode until you become a master. 8 Tips for Mastering Career Mode