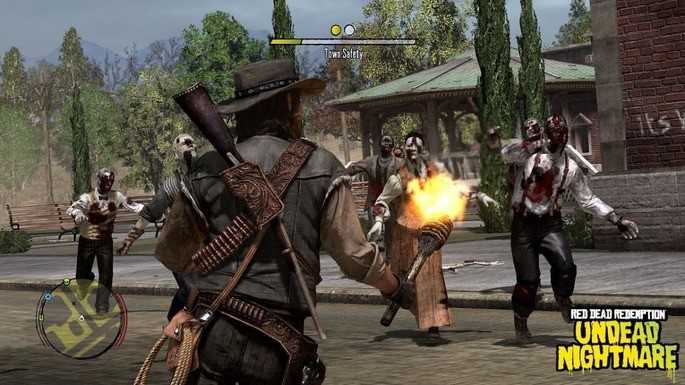 Who has never heard of DLC? These three letters form a very popular acronym in the gaming world. But do you know what it means? In short, DLCs mean downloadable content , which in good Portuguese would be "downloadable content". That is: they are expansions, extras and additional to a base game . DLCs ??have become one of the most common console features of the past two generations. Despite this, they have been around for a long time. A good example of this is The Sims , which usually releases new content to be added to the base game. On the PC, however, downloadable content is called expansions.

It is believed that the concept of DLC came up with Total Annihilation in 1997. It was a shooting game, in which the objective was to eliminate as many enemies as possible. In this PC game , new content was added monthly. In the console category, the pioneer was Dreamcast, but without much quality. The term only became widely used with the arrival of the Xbox. Microsoft was the first company in the industry to make extras available to their games. Halo 2 and Splinter Cell are some examples, having, at the time, additional content largely free on Xbox Live. On Xbox 360 there was an evolution in relation to DLC policies. They came to be seen as a business opportunity by Microsoft. This led to the creation of a space dedicated entirely to additional content on Xbox Live. Soon, practically all the extras of Xbox games are no longer free. The big boom in DLCs came with the entry of Sony and Nintendo in this market. From that moment on, the big games, the so-called AAA games, rarely stopped showing extra paid content. Still, many downloadable contents today are free when they don't represent major changes to the base game.

Why do companies create DLCs?

Firstly for economic reasons. Creating a game, even if it is not AAA, is not cheap. This involves several teams of professionals, who need to be paid for their work. So the financial aspect is one of the main reasons for creating DLCs. Imagine The Witcher 3 , which has sold more than 20 million copies. If each of the two expansions sells the same, the earnings for CD Projekt Red triple. In this sense, it is very worthwhile for companies to offer paid DLCs. Another reason is to keep players interested in the games. Mainly in narrative games , like Horizon: Zero Dawn and all of the Far Cry franchise . There are new missions and areas on the map to discover, which ensures that players continue to play for a long time. There are cases where the additional content may be just new clothes, skins or other cosmetics. Usually this type of DLC is free, but there are companies that charge for it. Classic examples are sports games, such as FIFA and NBA , which charge players to have in-game coins.

DLCs ??are the future of games

There is a very famous joke in the gamer community involving EA, the company responsible for FIFA , who jokes about the fact that all their games are full of DLCs. Many players, incidentally, hate the idea of ??having to pay to have access to "complete games". Despite this, we can say that DLCs are really the future of video games. This is a lucrative market for producers and developers. A business model that works on the passion of users. Gamers themselves are always expecting to know if a game will have some extra content. Many are frustrated when there is no DLC, such as the last God of War . With the consolidation of narrative and interactive games, DLCs look like they will increasingly reaffirm their space. Which makes sense: you finish the main story, but add other campaigns, characters and missions. As if they were new chapters in the same book.

Criticism, however, is heavy

As mentioned above, criticisms of the current DLC business model exist and there are many. Several players accuse companies of thinking only about money. This whole idea of ??acquiring games "by parts", little by little, is uncomfortable, especially for those who do not have so many financial conditions. There are also those who say that developers leave the best of games to DLCs. Criticism is heavy mainly on fighting games like Mortal Kombat and sports games. Many complain that fighters, once secret, are now products. In the case of sports games, gamers ask for just the opposite: instead of one new game a year, a DLC or update was enough.

The best DLCs in the gaming world are those that have really added something new to their games. In that case we could mention many! See below some of the top ones :