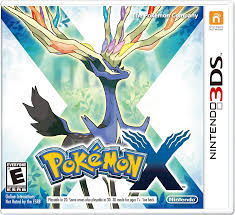 Here are a series of tips and tricks of Pokemon X / Pokemon Y for Nintendo 3DS and that will certainly make the game much easier. As always from Trucoteca we recommend that you try to play without using them to get the most out of the playable experience. Be as it is and as always ... you choose.

Cheat / Trick to get a free Torchic:

This promotion is only valid until January 15, 2014. To get a free Torchic in Pokemon X or Pokemon Y, you have to have connected your nintendo 3DS, 3DS XL or 2DS connected to the internet. You must have arrived in Ciudad Norte and have unlocked the first Pokémon to receive Torchic with the Blazikenita. Now you just have to select the option "Mysterious Gift" from the main menu of the game, select "receive gift" and confirm it by pressing "Yes", the communication will start, do not turn off the notebook. Load a new game or talk to the dealer on the left of the display of any Pokémon Center to receive Torchic with the Blazikenita.

To perform this Pokemon X / Pokemon Y trick after beating Elite Four, return to Villa Pokémon. At the top of the map there is a cave that was previously inaccessible. Inside you will have the option of catching a level 70 Mewtwo.

Get a legendary bird:

After defeating Elite 4, one of the three legendary birds of Red and Blue Pokémon will appear in Kalos. According to your initial Pokémon it will change: if you chose Froakie, you will see Moltres, if you chose Chespin you will see Articuno, if you chose Fennekin you will see Zapdos. After meeting one of them, look at his position in the Coastal Kalos Pokedex. You will see its current location. Walk (don't fly) to the place challenge the bird again. After several attempts, the bird will retire to Spirit's Den where you can hunt it.

In the city of Luminalia you can learn four skating tricks, the wheelbarrow spin in the Green Square, the deadly jump in the North Boulevard, the parallel march in a building of the South Boulevard and the 360 degree turn in the Summer Avenue in Coffee on wheels. When you learn all four you must go to the Hotel Desolación and a skating expert will show you the Cosmosalto.

Get the MT94 Rock Strike:

In order to find all the secrets of Pokémon X and Y, the MT94 Rock Strike that is obtained in the Petroglyph village is needed, after saving a fellow inside the cave we must go to the Pokémon Center of the Petroglyph Aquarium, there we will find a Girl who will give us the MT94 with which we can destroy rocks and access secret places.

Megastones are special stones, to find them it is necessary to strengthen the Mega-Aro, something that can only be done when obtaining the title of Kalos champion. From there you can look for them every day between 20:00 and 21:00, since they only appear at this time. Abomasnowita: You will get it after talking with Abomasnow in the icy grotto. Absolita: You will get it after the fight with Serena in the city Batik. Aerodactylita: To get it you must talk to a teacher at the Petroglyph Peoples Institute. Alakazamita: It's in the Reflejos cave. Ampharosita: Talk to the old man who is near the cave of Talasia, in the Blue Bay. Banettita: You will find it in the Vacua stay. Blastoisita and Venusaurita: You can buy them in the store of stones of the city Luminalia. Garchompita: You will find it on Victoria Street, place of combat with Serena / Kalm. Gardevoirita: Comes equipped in Ralts of exchange in the cafe Soleil with Dianta. Gengarita: Talk to the witch in the street of the Romantis city. Gyaradosita: In the waterfalls of the Mosaic people. Lucarita: It is equipped in the Lucario that joins your team in the Master Tower. Mawilita: On the top floor of the Vánitas village castle. Medichamita: Next to the well in the city of Romantis. Sizorita: After Abomasnow in the Frozen Grotto. Kangskhanita: Upon entering the Bright Cave and make the first right turn.

Charizardita X: You will get it if you choose Charmander as the initial Pokémon, but you can also buy it from a man in the Luminalia city stone shop. Mewtwoita X: In the rare dungeon of Pokémon Villa. Pinsirita: In the middle of the grass, at the beginning of the Novarte forest. Manectricite: Sn the place where there are two skaters. Tyranitarita: After the relief city gym.

Charizardita Y: If you choose Charmander as the initial Pokémon, but you can also buy it from a man in the Luminalia city stone shop. Mewtwoita Y: In the rare dungeon of Pokémon Villa. Heracrossita: In the middle of the grass, at the beginning of the Novarte forest. Houndoomita: In the place where there are two skaters. Aggronita: After the relief city gym. The free online CSS beautifier tool helps you to organize style files for websites.