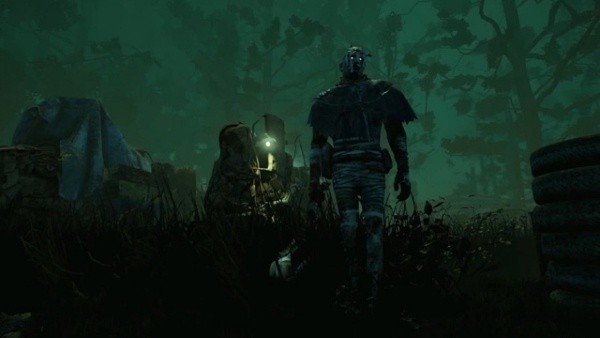 In Dead by Daylight , you can play as a survivor or an assassin. When choosing the team of maniacs, you have only one goal: to kill all the survivors. But these will do everything in their power to escape and, therefore, you need to know what are the best ways to catch them. Check out this guide to being Dead by Daylight's most lethal killer .

Each of the killers has his own strategy, according to his abilities. However, there are certain tips to keep in mind.

Explore the map and look for generators and hooks. It is important to find a small area of at least three generators to defend. If you do, the survivors will eventually come to you when they need the other generators to open the gates.

Middle of the match

Don't stand around defending a place, this is the time to look for victims. You can go to a high spot on the map to try to see survivors running around the map or crows pointing at a player's location. Break the pallets you find and listen to the breathing of survivors who are nearby or hidden in lockers. Some may already be hurt, so pay attention to moans as well.

If necessary, defend the generator zone you chose at the start of the match. It is at this point that the survivors will try everything to reach their goal. It is also important to check if and where the hatch opened. This will appear in a random location on the map and you need to know where it is in case there is only one survivor left. If the gates open, kill everything you find without mercy!

Players can choose from several killers, each with their own unique abilities.

Traps take time to set up and can trap you if you step on them. You start the game with a trap and you can set and disarm it as many times as necessary until it is sabotaged. Place traps at random near generators and pallets, but don't overdo it so they won't all be sabotaged quickly. When chasing survivors, try to direct them to the place where you know you placed them.

You need to activate the chain saw before using it, which will make you walk more slowly. Therefore, only use the chain saw when there are no obstacles in front of you. This item is especially useful for quickly killing survivors who have escaped the hooks. The chainsaw also destroys pallets and automatically throws survivors in the dying state.

Upon becoming invisible, the survivors will be warned with the sound of a bell and their screams will be audible, unless they are completely still. You cannot attack in this state, but you can destroy pallets and damage generators. While it's visible, block your opponents' escape routes so they don't run away.

You can teleport twice, but you will be stunned a few seconds after doing so. When that happens, try to predict the path the survivor will take to get ahead and use the crows to figure out where the opponents might be. This killer is also slower than the rest, so there is no point in running after opponents, leaving the generators alone.

The chase ability has three different states. Upon reaching the second state, it is not possible to go back to the first and the third has a temporary duration. In the first state, you have no heartbeat, being very quiet, but your movement is slow. In the second state the movement becomes normal. In the third, your knife turns red and instantly kills the survivors you hit. Before attacking, chase survivors in your distance line of sight to enter the second stage of your skill.

If a survivor sets off one of these traps, you can instantly teleport to the location. However, these are easily incinerated with flashlights. Therefore, it is important to place your traps strategically, never glued to generators, but in places that survivors do not expect to find them.

This killer can switch between Punishment or Treatment mode. In Punishment, you have the same skills as Trapper. In Treatment, you produce an electrical attack that increases the insanity of survivors nearby. In addition, you can drop an electricity cone at a specific target. You must be in Treatment mode whenever you go looking for deaths so that the survivors will go insane and show their location. The higher the survivor's stage of insanity, the more he screams and the less ability he has to heal, sabotage or interact with items.

This killer manages to throw axes at the survivors, starting the game with five. You can find more of these items in lockers, as they disappear when used. If you throw your ax close enough to the opponent, you can attack it right away again.

Cannibal's power allows him to hit multiple opponents at the same time with his chainsaw. Furthermore, when hit, they will instantly be in a dying state. Use your chainsaw in narrow spaces to reach as many survivors as possible, but activate this item only when you are close enough.

When selecting a survivor, you can pull him into the dream world. This transition takes a few seconds, during which he can only see the killer intermittently. Within the dream world, survivors are 50% slower and their auras are revealed to the killer, making them easy prey.

Pig manages to move quietly, ambushing the survivors. In addition, you can use traps reversed on survivors who will kill them when time expires, even if they manage to escape the map.

You can launch a bottle that emits a cloud of gas, intoxicating survivors who are nearby. They will have impaired vision and hearing, their movement speed will decrease and they will cough for a few seconds. Don't forget to refill your bottles before looking for other survivors to attack more quickly. Also, throwing a bottle in a narrow place is good for chasing away survivors from hiding places.

You can enter an ethereal plane that allows you to increase the speed of your movement on a large scale. This is an important way to gain ground in the survivors without being disturbed. Check out the guide to the best killers from Dead by Daylight!

Interacting with the environment

Assassins can attack survivors, destroy pallets and damage generators if they are close enough. There are three ways to kill a survivor. You can sacrifice it on a hook, leave it bleeding on the ground in a dying state, or use a Memento Mori offering. To put a survivor on a hook, you just have to carry him in a dying state. To defend themselves, survivors can block you, blind you with the flashlight, throw pallets at you and sabotage your traps and hooks.

If you play as an assassin, you will be able to see objects on the screen differently than survivors. Generators that are not repaired are visible from any distance until they are completely repaired. Hooks are only visible if you are carrying a survivor. In addition, when a survivor misses a Consultation, quickly enters a locker or destroys a totem pole, you gain a visual clue. Gates are also visible when released, as are survivors while trapped . Traces of injured or running survivors are also visible on the ground. Also learn how to play with the survivors! HTML cheatsheet collects the most common tools for web editors on a single page. Bookmark it and use it every time you are composing HTML markup code.