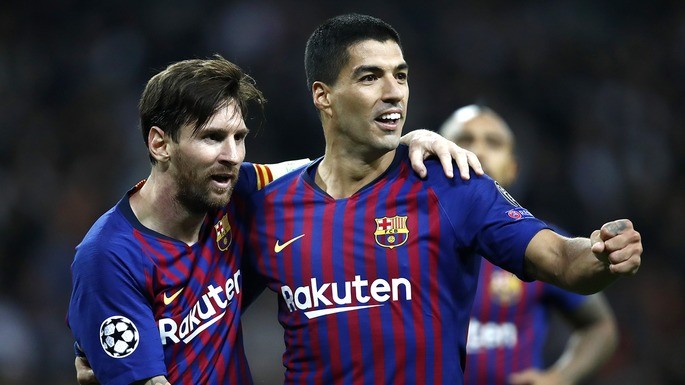 Playing FIFA 20 Career Mode will be one of the coolest experiences in the game. If you still don't know which club you are going to choose, we can make your life easier. In this article we have separated clubs with different goals in their seasons. From the richest European to a modest Latin, you have some very interesting ideas. There are those who don't want to be challenged by playing Career Mode. We understand, because sometimes it is better to win everything and that's it. So if this is your case, see below some of the best teams to win all the championships you participate in!

Real Madrid undoubtedly one of the best clubs in Career Mode. Even without CR7 for two seasons, the team is still full of superstars. Especially with the arrival of the Belgian Eden Hazard (91), the Merengues have enormous power in attack. Benzema (87) and Bale (85) are still great strikers. Casemiro (87), Modric (90) and Kroos (88), in the middle, will make sure that all plays are armed with high quality. Sergio Ramos (89), on the other hand, is the sheriff of the Spanish team. With such a team, it is bearded to be champion of everything!

Manchester City's Premier League team more b udget for transfers. There are 198.9M to hire. That value makes Guardiola happy! You can call great players to join De Bruyne, David Silva and Aguero. In all positions you have very skilled players. Even without signings Manchester City can win everything they dispute. The club lacks a Champions League, so expect to be quite charged in that regard.

We will make your life even easier. Barcelona is one of the clubs that you will find it easier to work with. After all, Messi (94), Suarez (90), Griezmann (89) and Raktic (86) are already plenty of reasons to score any La Liga team. If we add to that the 213.3 million that you have in the vault, there is no way you can't leave the season at least with a title! The challenge here is to win the Champions League, something that Barça have not won in a few years. Can you give Messi and company that title?

Obviously PSG had to be on this list of the best teams. Neymar (92), Mbappé (89) and Cavani (88) are a wonderful attack, against defenses virtually nonexistent in Ligue 1 Conforama. In other words: it will be very easy to become French champion having these three names. With another 208.4M to spend, you're sure to make it to the Champions League. Unprecedented title at the Parc de Princes, which you will have difficulty bringing in if you don't reinforce the team. The season is long, and that attack trio alone is not enough.

Despite being without a uniform and with the generic name, the Italian queen Juventus is with a lot of bullet to spend in the FIFA 20 Career Mode . Cristiano Ronaldo (93) is the star of the team, but he has good names like Dybala (88), Cuadrado (83), Douglas Costa (84). Juve is not exactly the best team in the game, but it has a good financial power to be. With all this, can you win a Champions League? Since 1996, Vecchia Signora has not won Orelhuda. Title that Buffon, the club's idol, never won.

Bayern Munich has already caused more fear in the football world. Today it is still the best club in Germany, but it has lost that bit of invincibility. Even more so after Robben and Ribery left the team. The money for hiring could be higher, but with 113M you can make it rain. The team has Neuer (88), Coutinho (86) and Lewandowski (89) as the biggest highlights. We would say that some specific signings, like a right back and a strong name for the attack should suffice for the start of the season.

Challenging teams if you want difficulty

Challenging teams in FIFA 20 Career Mode are really challenging. Get ready to spend the biggest bumps with the teams below. But calm down! Nothing that some signings, prayers and miracles do not solve. Above you can see some of the most challenging clubs for Career Mode. Note that we have diversified the list as much as possible, so that you can have access to the most varied challenges. Boca Juniors and Benfica, for example, will face international competitions as major challenges. Trapani and Hamburg will need to move up. The opposite of Mallorca and Sheffield United, who are struggling to stay in the top divisions of the English League and the Spanish League. Note that there are unusual league teams, like UCD AFC, the worst team in FIFA 20 . Al Ahli is also not easy, as is Guangzhou Evergrande. In other words: there are challenges for all Manager profiles in Career Mode.

We know that English teams are very popular in FIFA Career Mode . This is mainly due to the fact that the Premier League is one of the most competitive and lively leagues of all. That's why we also separated some cool teams to run besides Manchester City. Find out which are the most promising names for FIFA 20 Career Mode ! The best FIFA 20 players in the Premier League See the players at the end of their contract at Fifinha ! Good and Cheap for Career Mode Get tidy CSS code with the new free online tool hosted by HTML Cleaner. Try it today!