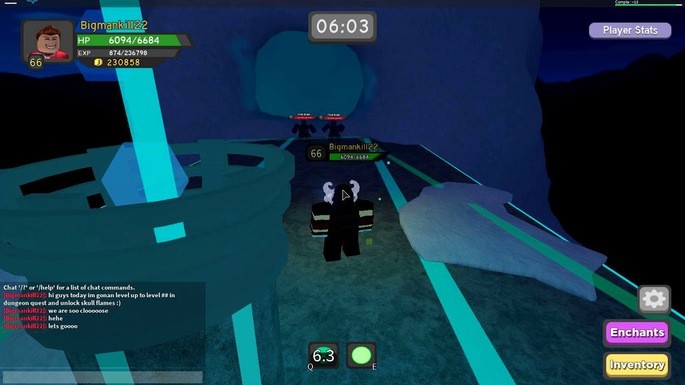 Roblox is a gaming platform really created by gamers and for gamers. The site describes itself as "Imagination Platform", and allows players to create their own games and share them in a catalog that already contains millions of titles. To help you discover and explore the Roblox platform, we've selected 10 games that stand out in quality and popularity. It has game for all tastes. Check out!

Welcome to Bloxburg is a life simulator very similar to The Sims. In it you have freedom to assemble your character, build and decorate your home, and you can also interact with other players who come to visit. Welcome to Bloxburg has a great catalog of customizations, full of options for buildings and decorations for your home. The game also has an attribute system similar to The Sims, which requires you to care about your character's hygiene, fun, hunger and energy. The game even considers the amount of water and electricity spent to set the bills! Check out the game here!

One of the most successful games of all time at Roblox. Jailbreak has an extremely simple concept: you choose between being a prisoner or being a police officer. If you choose the first, your role will be to escape from prison and commit some crime among the countless ones available. If you are a police officer, of course, your role is to stop the prisoners' plans. Despite the simple idea, Jailbreak has very fun gameplay and a surprisingly wide range of options. From the moment you escape from prison, the game provides a good level of freedom for you to explore the world however you want. In addition, the game receives content updates with certain frequency, with new maps, vehicles, equipment, etc. Check out the game here!

Murder Mistery 2 is one of the most popular Roblox games in Brazil. The game follows the same style as Detective, Victim and Assassin play, and pits players against each other in a game in search of the criminal. In Murder Mistery 2, one player is the Sheriff, one is the Assassin and everyone else is the Victim. The Sheriff is the only armed player capable of shooting the Assassin, whose role is to kill everyone without being identified and shot. Definitely one of the most fun multiplayers on the platform. Check out the game here!

Temple Thieves puts you in control of a bounty hunter who must explore temples behind hidden gems and treasures. Each level presents increasingly difficult obstacles that require skill, attention and patience. Throughout the game you unlock different upgrades that help you complete missions and survive the Guardian of the Gems attacks! Check out the game here!

Project Lazarus: Zombies is a shooting game in which you must survive the attack of countless waves of zombies. Over time you unlock new areas, obtain new weapons and equipment. Recently the game also added a level system that allows you to level up your character. Project Lazarus: Zombies is a simple game but very captivating. It's like a Lego-style Call of Duty that you can play with friends. Check out the game here!

Deathrun is a racing game that resembles Mario Party minigames. In it you compete against other players on a course so full of obstacles and deadly traps that you cannot trust anything. Deathrun has several unique maps, each with their own traps and secrets. You can also find equipment on the way to help you eliminate competition in the most unfair way possible. The game also has an achievement system that holds players for a long time. Check out the game here!

Restaurant Tycoon 2 is a restaurant simulator in which you set up and customize your own business, serve customers and earn money. With profit you can improve the place with new furniture, new decorations and even expand the construction. The game simulates both the general management part of the restaurant and the more specific aspects such as collecting customers' orders, cooking the ingredients and preparing the right dishes. Throughout the game you also unlock new options, recipes and etc. Check out the game here!

Okay, this game has a strange premise but it remains one of the biggest successes at Roblox since its launch. By accessing Adopt Me! you have the strange choice of becoming a parent or a baby. If you choose to be a parent, your role is to go to the infirmary and adopt one of the players who decided to be a baby. If you decide to be a baby, your role is to try to be adopted. As a parent, you should be concerned about your child's attributes and ensure that the Hunger, Fun, Cleanliness and Sleep bars are well balanced. As a baby, you have access to several minigames like a super dangerous swing or an obstacle course. Yes, the game is strange. Check out the game here!

As you can imagine by its name, Dungeon Quest is an RPG, and the game brings together all the classic elements of the genre. In it you enter dungeons, fight monsters, find equipment, learn spells, pass levels, improve attributes, etc. The game is very repetitive in the first levels, but as you level up, new dungeons and more varied modes are unlocked. The game also has different levels of difficulty if you find it too easy. However, be aware that some stages and modes are so difficult that you will only be able to complete with the help of other players. Check out the game here!

Vesteria is an MMORPG that takes place in a world so open and detailed that it doesn't even seem to have been made in Roblox. The game really explored the limits of the platform to the maximum with its well-designed scenarios and great gameplay. In Vesteria you choose your class, fight giant monsters, collect rare items, complete quests, invade dungeons and much more. All of this is made even better with the possibility of setting up groups with other players who want to level up together. This year, Vesteria was awarded the Annual Bloxy Award (an internal award from the Roblox platform), in the Technical Achievements category. Check out the game here!