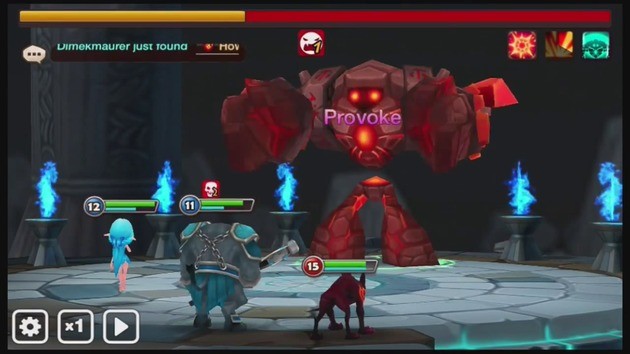 The world of Summoners War is filled with dangerous locations. Luckily for you, we have prepared a special guide for all the dungeons in the game. Know what kind of monsters you will find in these places, which boss you will face and monsters that we recommend for your squad to be able to overcome all obstacles. Summoners War has 13 dungeons where the whole story of the game takes place (don't worry about spoilers , because we won't leak the story here). The first stages are easy, but the last ones are much more challenging, as they have tough monsters. The bosses in all dungeons are giants and sometimes you need to have a good strategy to defeat them. Even more interesting is that each of these dungeons has three difficulties (Normal, Hard or Infernal) with new enemies and different bonuses. Here is the complete list of dungeons, the enemies you will encounter and tips for defeating the great boss:

It is in the Garen Forest that the player completes the combat tutorial. The enemies you encounter will be Flower Monsters (watch out for the poison), Mushrooms, Maned Boars and Forest Keepers. The monsters you find here are of the element of wind, fire or water, but have very little impact against your flock of novice monsters. The boss at the seventh level is a giant Inugami. At this stage, it doesn't make much difference what monsters you have in the squad or your strategy. Attack the Inagumi with all your might and protect monsters that have little energy well.

The second dungeon slightly increases the difficulty, but the fighting is still quite accessible. As in the first phase, the characters have several elements, which can be water, wind or fire. Golems are tough because they have a lot of HP and their best attribute is defense. You will also find Mimmicks and Ghosts, but the real challenge is to defeat the giant Golem at the seventh level. It is essential to use monsters that have the ability to reduce the enemy's defenses. Strengthen your own defenses and use monsters with strong attacks because the Golem has extremely high energy.

In the third dungeon, you will face monsters like Harpy and the Elemental type. Note that all monsters are of the wind type, so we do not recommend that you have water-type monsters in your squad, as they will be knocked out quickly. Unlike the first dungeons, you will face two Sylphid bosses who can create a powerful shield. Defeat the Sylph girl first, as she casts the shield spell and the combat is much simpler. An extra tip: repeat the third level of this dungeon on Hard difficulty to get a lot of experience for your monsters (+722 EXP).

The player and Elia will have to climb to the top of Mount Ragon to defeat a terrible monster. The main elements of enemies in this zone are wind and water, which will hurt monsters with fire attributes a lot. After defeating the Harpu, Yeti, Garuda and Warbears, you will have to deal with a giant Phoenix. The Phoenix is accompanied by two Garudas that can disrupt your combat. There is no need to defeat the Garudas, just finish off the boss to complete the level. However, we recommend that you knock out the Garuda, because Phoenix can heal them, and that you have monsters in your squad that are more resistant to stunning.

It is in the fifth dungeon that monsters are most varied in attributes. Do not underestimate the Homed Frogs at all, the Inagumi and Warbears cannot be underestimated either. The big boss on the seventh level is a giant Chimera accompanied by a Warbear and an Inagumi. Focus all your efforts on Chimera because his lightning strikes hurt the entire team. Chimera also casts spells that increase his speed and he can focus on a single target with continuous attacks for one turn. Just as in the Kabir Ruins, we recommend that you repeat the first Telain Forest dungeon on Hard difficulty to gain a lot of experience (+932 EXP).

Summoners War's sixth dungeon is another set of ruins with many Elemental and Howl monsters. The monsters in this dungeon are from the water element, so don't take monsters with the fire element with you. The boss at the seventh level is a super powerful Undine protected by two Elementals. Before the boss, we recommend that you knock out the Howl immediately because your only role is to heal allies in combat. The longer the fighting lasts, the more difficult it becomes to complete. In the fight against Undine, do not waste time with the Elemental and use your best monsters of the wind element to finish the Undine quickly. If you defeat Undine, these two Elementals are screwed.

It is from Desert Tamor that the player begins to experience more difficulty in combat. The monsters in this location are, for the most part, of the element of the wind. Sandman, Griffon, Salamander and Serpent are very dangerous opponents, but relatively easy to defeat if you have monsters with the element of fire in your squad of four characters. The head of this level is a giant Salamander of the wind element (Lukan), accompanied by two smaller Salamanders. Attack the giant enemy with monsters of the fire element that are quite strong.

The Vrofagus Ruins are populated by monsters of elements of fire and wind. The vast majority of enemies are Elemental and there are also Werewolves. Low Elemental, Elemental and High Elemental are very powerful, so it is important to defeat them all first. The third stage of the Vrofagus ruins is perfect for getting bonus experience to strengthen your monster squad. There is no need to repeat the stage on Hard, even on standard difficulty, the experience you get is high (+ 1092 EXP). The boss at the seventh level is a very powerful giant Hell. Use your most powerful water element monsters to defeat him.

Let's get straight to the point. It is in the ninth dungeon that the monsters are incredibly powerful. It does not matter which elements of the enemies nor the elements of their characters. What matters is that there are monsters with high levels and that have evolved enough (monsters of four or five stars). That said, the monsters you will encounter in the dungeon are from the element of fire. It is critical to have creatures of the water element to deal with many of these monsters. Inamugi, Salamanders and Hellhounds are enemies that should not be underestimated in any way. But the enemy that will make you sweat is the Otherworldy Dragon, who is the head of the dungeon, as he manages to put his team to sleep for three turns and when he attacks, he slows down opponents. The dragon can destroy monsters of three or four stars without major problems. Prepare your best water monsters well because it will be a very difficult fight.

If you managed to defeat the dragon in the seventh stage of the Faimon Volcano, get ready to deal with tough monsters in the early stages of this dungeon. The Grim Reaper is the monster you will encounter most often and its main element will be the wind. Do not underestimate Forrest Keeper and Sandman, who in these dungeons are much more difficult to beat. All enemies in Aiden's Grove dungeons are either the water element or the wind element. We do not recommend that you use monsters with the element of fire, unless they are four stars or more. But the boss at this level is problematic because he is a Death Knight. To defeat him, ignore the Death Knight's two allies and focus all attacks on him. Death Knight is an intimidating enemy because his attack, Deadly Blow, can instantly kill a monster.

Ferun Castle is the 11th level in this epic RPG adventure and the difficulty continues to rise. Get ready for a very serious challenge because the monsters are based on specters. You will encounter Living Armor, Mimmicks and Skull Soldiers and you will also fight Ghosts. Kill Ghosts quickly because they can heal allies. All monsters in that location are either the element of fire or the element of wind. Use good water monsters to deal with fire monsters, but don't forget to have fire element monsters to deal with wind enemies. In the last phase, you will face a tough Lich King accompanied by two Living Armors. Fighting these two Living Armors is a waste of time because the Lich King are able to resurrect them each turn. Focus all your efforts on the boss and, being a creature with a fire element, we hope that your five-star water monsters will be able to defeat you.

The penultimate dungeon is called Mount Runar and is populated with monsters of wind, as well as monsters of water. Here, you will find Slimes, Lizardmen, Imp and Mischevious Bat. Lizardmen are more likely to induce poison in their monsters and the defense of Slimes is very high. Even worse is that the big boss is a Contaminated Dragon, a monster even more powerful than that of the Faimon Volcano. It is essential to have five-star monsters, monsters that can heal your team and that can influence the boss's attributes. The Contaminated Dragon is fearful because its attacks inflict enormous damage and induce poison in your team. In terms of energy, it has more than 15 thousand HP. So, prepare well if you want to beat the big boss and reach the last level.

The last dungeon in Summoners War is obviously the most difficult of the entire game. However, it is also the best dungeon to gain experience, meaning it is perfect for repeating and strengthening your monster card. The enemies you will face here are the water element and the wind element, so it’s not a good idea to use fire monsters. You will find Warbears, Minotaurus and Monster Flowers that are much more powerful than their peers in the other dungeons. Take special care with Minotaurus because they attack hard and still recover energy. The big boss at the end of the game is the Chikura Guardian, whose attacks are highly devastating and reduce his monsters' defenses for three turns. He can also attack his team four times in a row. He is a formidable opponent who will be very difficult to win. Prepare to have at least one five or six star healer monster and several at least five star monsters that are very strong. Finish him off to become the ultimate summoner in Summoners War. Tips to be the best Summoners War summoner
The free online JavaScript beutifier organizes your scripts. Use it every time before publishing codes.