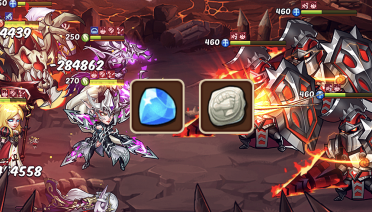 Contests, events, and activities are a must in order to keep any phenomenon going. Idle heroes is a highly successful game worldwide, and players across the globe adore the features and functioning of this game. The makers of Idle heroes are geniuses for they bring out extremely innovative hero designs and game updates regularly. They also understood how it was important to spark a connection amongst its players on a global platform. Therefore, they came out with tactics like putting up contests, where players will engage with other players to make something and win against each other. They announced the Meme contest on 26th February 2019 after getting an amazing response to the previous art contest held by them. The participants were supposed to use the hot trend of creating memes based on their favorite characters or levels of the game. They were supposed to upload those and then winners would be selected based upon the number votes received by them on Reddit.

A big congratulations to all these wonderful guys and girls who participated with utmost enthusiasm and kept the contest fire fueled all the time. Thank you to everybody who contributed, you all were amazing even if you did not make the cut. Keep checking the events page in order to stay updated on the upcoming events and contests.