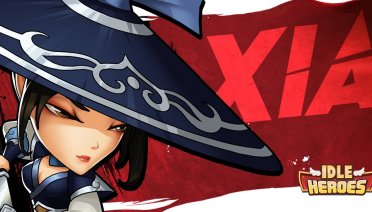 This post has been published with the permission of Azgeon, which is the screen name of a user u/exmertiuz. This tier list was made keeping in mind how many resources can a PvE team make over time.

Ranking of PvE heroes is a difficult task, mainly because each of them is good at some things that others are not. A few more floors that have been cleared in Aspen will not make much difference as clearing the third stage in the broken space. without damage heroes, support heroes will not come to your aid. (Having a 3x support hero and a 3x Damage hero is considered as a good balance).

Aida would get god tier, Valk will get S+ tier, and Aspen will get S tier in my personal opinion.

Seal land is a completely different topic because you will need multiple heroes in order to reach the high stage. Going for Abyss or Forest is a good way to progress in Seal Land. Though King Barton is not present on my list, he is still a good option when it comes to talking about Sea-Land.

By my personal experiences, I do not consider the Tour of Oblivion as a PvE content because in order to progress to the tower you will still need PvP heroes. So, the PvE Tier that I have made based on my experiences are as below:

Skerei x 3 and more - Belrain will always do better than any other team with HW. Especially in 15 round fights. Stone - Crit, crit

Heart Watcher - He would be in my opinion the best support hero of all time. He needs to attack at least eight times in order to cap her debuff. 10*HW Is usually enough. Stone = Hp,hp

Skerei x2 – Mauders and many of pray for fire bosses. Is usually strong in broken space.

Horus - He is the best damage dealer overall, especially if you are not interested in building multiple skereis. Stone would be crit, crit or atk, atk.

Belrain – His heals will definitely keep you alive and is integral for a better PvE content. He also gives atk boost. Stone could be atk,atk.

Sigmund = He is a support hero and an amazing damage dealer combined in one. Excels at pray for marauders as well as fire bosses — stone – atkatk.

Aspen – God tier if and only if the target is under 35%. He is an inconsistent damage dealer though. Stone – hp, hp.

Skerei – It would be better if you have at least 6*skerei because the single skereis often struggle to pray for fires. Skerei stone – hp, Hp.

Aida – Though this hero is good for early progress and for Aspen. She is overhyped by too many people. Also has a damage cap. Stone would be Hp, hp if you want to aspen dungeon clear or usually atk,atk is enough.

Valkirie – Is okay-ish to pray for fire, but is good for aspen. Stone – hp,hp.

Xia – Xia will help the team to survive. Stone would be hp, block.

Rosa – Has multiple skereis for strong support. 10*rosa is enough for most short fights. Stone – hp and hp.

Barea – The only reason I would build him was if I wanted to progress in Seal land, or else would not build. Stone – atk,atk.

Amuvor – Is very good against light heroes. It especially synergized with a couple of other amuvor. Stone could be crit,crit or atk, atk.

Das Moge – Better than the amuvor for longer fights, but is pretty similar to amuvor. Stone would either be atk,atk or crit,crit.

Kharma – though you may find it interesting that she is on the list, the recent precision and block changes have made her better support than previous. Stone – hp,hp.