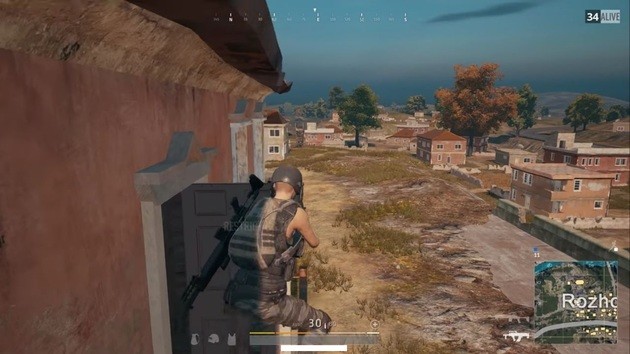 Playerunknown's Battlegrounds is a highly competitive game in which the difference between victory and defeat is in the smallest details. So even the most familiar players can benefit from some more advanced tips to get the most out of the scenario and game mechanics. Check out 8 advanced PUBG tips below!

1. Stay on the edge of the circle

AT PUBG, you should always reduce the chances of getting caught on your back. Therefore, being close to the middle of the circle makes you vulnerable on all sides, including the side you came from. So, a good strategy to avoid this is to stay at the edge of the circle as if you are "with your back to the wall", that way you only need to worry about what is in front of you. This rule, however, is not absolute and you should be on the lookout for possible laggard opponents who are in the gas burning. In addition, you should analyze the terrain and see if waiting for the ring to close will leave you exposed in the open. Overall, staying on the edge of the circle is a strategy that requires a patient and passive style of play, but it offers a lot of security without having to cover the entire game. The reasoning is as follows: imagine a top 10 situation where the circle is already small. Running into the middle of it would only leave you exposed to the players around you. However, some exceptional situations related to terrain, airdrop or etc., could make the option more attractive. It is this mindset that you need to carry with you for the entire match.

This tip sounds simple but it will make all the difference in your gameplay. In PUBG, most players open doors as if there is no chance of having someone aim a gun on the other side. Do not do it. Whenever you need to open a door, run or jump through it and press F. So, when the door is open, you will not be in the firing line. Even if there is a player aiming at the door, the chances are high that you will shoot and discover his exact location.

If you want to jump from moving vehicles without taking damage, just drive very close (almost leaning) to any obstacle on the left of the car. This way, when you get out of the vehicle, your speed will be canceled immediately when you hit the obstacle and you will be safe. This method can be used with anything from trees and walls to other vehicles. However, use it only in the necessary situations and not to be a badass . Generally, the necessary situation is when you are being shot in the vehicle and the best option is to fight. At that moment, jump out of the car and return the shots. The chances of your opponent continuing to shoot the empty car are very high. The tactic is even more interesting in doubles or squads, when only part of the team jumps and another part remains in the car, which can be quite confusing to opponents.

4. Remove items from the airdrop even if you don't want them

If you took the risk of dropping the plane and none of the items were useful, don't leave them in the box. Pick them up anyway, then immediately switch to the previous items. This will cause you to empty the airdrop and leave the dropped items right behind the box. That way, opponents who come to loot the box will only find the items if they look around (which is very unlikely, after all, nobody wants to be near the airdrop for a long time). In addition, even if they see the weapons on the floor, they will find that the box has already been looted and that the equipment found is inferior.

5. Use doors to climb on roofs

There are several points on the maps, especially in Erangel, where you can use doors as "steps" to climb on the roof of the houses. This tactic allows you to access more unpredictable positions, in addition to opening up more movement options. Having the option of climbing rooftops has many benefits, including:

Another simple tip that many players still don't do: close the doors when leaving or entering buildings. It may seem small, but making your opponents waste time entering looted places makes all the difference. In addition, by closing the doors you can easily bait players into your building behind loots while you receive them with bullets.

7. Give preference to short-range aiming

Many players have doubts about which sight to keep equipped, the short or long distance. Whenever you are out of combat, the aim to be equipped is short-range. Remember that the most dangerous is always the opponent that appears closest. If you are shot from a distance, you will probably have time to equip the correct aim. Imagine this: you are running with your rifle equipped with long range sights and suddenly a nearby opponent appears. Either you will need to defeat him in the hip fire (without aim) or you will need to change your aim at the last minute. Neither option is attractive. Therefore, always keep the short-sighted aim ready, after all, if a distant opponent appears, you may have time to switch or even use the same aim to shoot him down.

8. Learn how to use quick scope

In PUBG, the accuracy of your shots is greatly affected whether or not you have your sights open. Hitting snipers, for example, is very difficult if you do not open the scope first. However, in the heat of battle, you often do not have time to open your sights and fire slowly, especially since the time to open sights varies with equipment. For those moments you can try a quick scope , which is nothing more than opening the sights and shooting immediately afterwards. To do this, simply press the right button and then the left. Your aim will open quickly and the shot will be fired. Keep in mind that quick scope shots are not 100% accurate (the bullet does not go where the aim is aimed), but the margin of error is much smaller than if you did not open the aim. As stated earlier, each small advantage in PUBG influences the final result. If you watch livestreams from top players, you'll see the application of all the tips mentioned in this article whenever the situation calls for it. So incorporate these moves into your gameplay and you will undoubtedly see progress. Check out more PUBG tips and tutorials here! Use the free JavaScript composer, browser programs to format your client-side scripts to optimize your code!