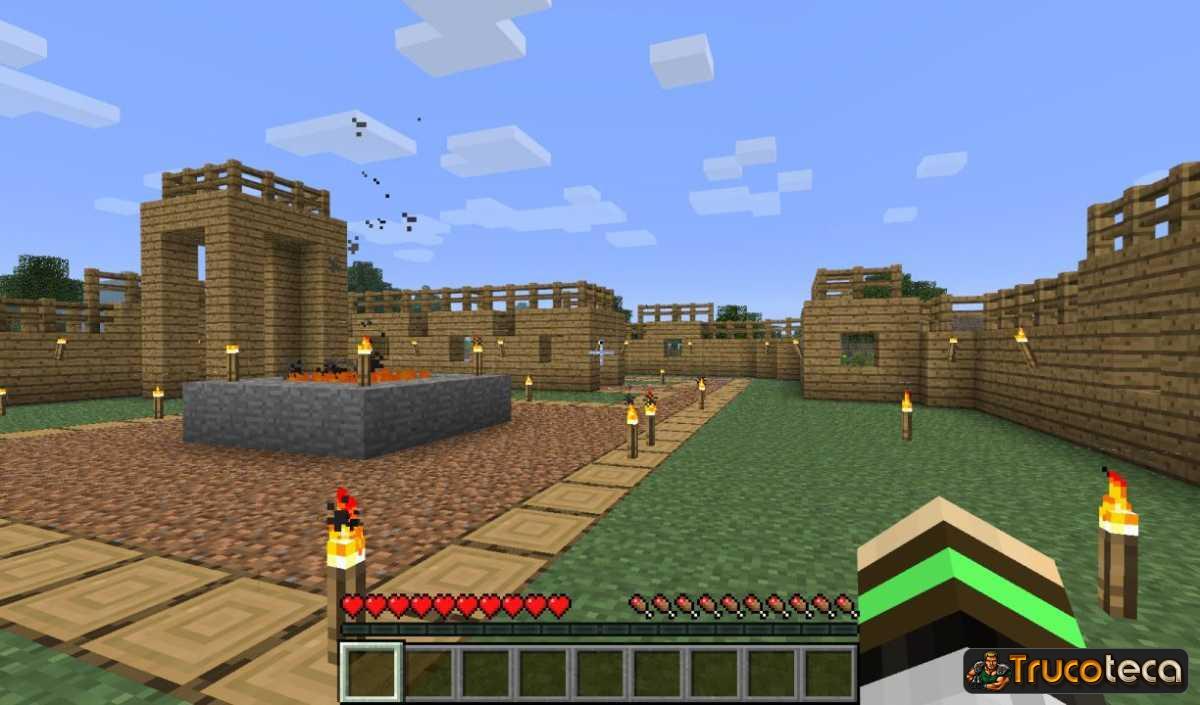 Markus Persson, the creator of Minecraft, thought of everything when it came to shaping one of the most influential video games : not only gameplay, design and other very relevant aspects, but also in tricks. What would a game without hidden traps and other aspects to discover? On this page we detail those that currently work in the PS3 version of the title.

Change the skin of your character

Are you tired of always seeing the character with the same visual style? With this simple trick you can change it partially or totally. If you want to start with a modification that only alters the occasional detail of the protagonist, try changing your nickname to Herobrine . That's right, change your username to 'Herobrine'. When you start the game you will see that the mythical character in a turquoise shirt and navy blue pants happens to have whitish eyes, presenting a rather creepy look. Now it will be you who drives this kind of zombie miner that so many scares has given Minecraft players for PS3 appearing in foggy areas. It is not the only visual alteration that you can introduce to the protagonist through a name change. And if instead of Herobrine you write the nickname of Notch , this time the modification will be total. The protagonist will become a bald character, with a beard, brown shirt and gray pants . You sound familiar? Indeed, it's Markus Alexej Persson! The very creator of the video game can be interpreted by you, having the pleasure of wearing your skin to pay tribute.

Diamond armor at the start of the game

Starting with good equipment is key to success in Minecraft. Not only are the offensive elements useful, but also those of a defensive nature, especially armor. Did you know that you can get several of those made with diamond ? That's right, it is a fairly easy trick. Just access the tutorial that takes place after starting the game. If you move the right joystick of the PS3 upwards you will see the Minecraft logo, located just in the sky. The first thing you should do is go to him. How? Making use of the blocks you get. Do not worry about the quantity, during the course of the tutorial you will find it easy to gather the necessary figure to arrive shaping a ladder. Right on top will be waiting for a loot . Open the chest to instantly obtain several armor whose material, the diamond, will provide you with the strength you need to survive in the vast Minecraft scenarios.

If in real life water acquires great importance, the level of relevance in Minecraft for PS3 is not far behind. In fact, on more than one occasion you may need large amounts of liquid element. Fortunately it is possible to obtain it unlimitedly and without complications. First find a location on the map where you can fill two of your buckets with the water present there. There are many areas spread across the stage, from rivers and lakes to waterfalls. It is essential that, in any case, the liquid element is one hundred percent natural. After obtaining the pair of full cubes you can start the next step: dig blocks in the ground, specifically a total of four , forming a square (2 × 2). Go to one of the corners and empty the first of the water buckets. With the second of them do the same in the opposite canton. The liquid element should momentarily remain as a kind of bluish diagonal line. Why do we say temporarily? This is because, in less than a second, the entire square that you have dug will be filled with water, thus covering the four corners and not just two of them. Then you can take as much water as you want using the buckets you want, without limits.

It's a pretty simple trick, we just have to follow the steps that we explain in the following video. This way you will have to worry about maintaining your crops and collecting them. Everything will be done alone!

Explode into the void

To perform this trick you must make a hole to the black rock or bedrock , which is in the last layer of the soil and is very difficult to dig. Then we will place TNT until layer 127 . Then, we will explode the TNT and at this moment the explosion will take us to the Minecraft vacuum.