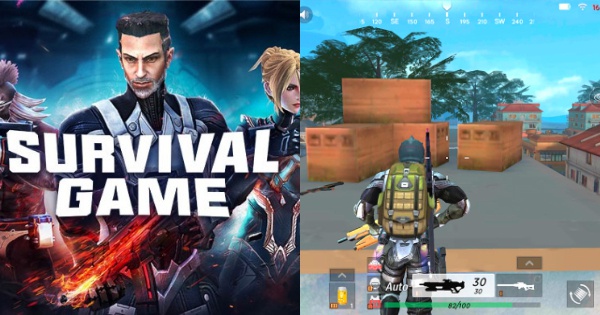 Minecraft Pocket Edition is the same Minecraft as the PC, but in a smaller world, fewer monsters and fewer tools. Even so, the game offers the same fun as the original version has. In Minecraft, everything is made up of blocks that can be regrouped to form other things. In Survival mode especially, everything you want should be built block by block, meaning you need to find, transport and place the blocks in the right place.

Don't Starve is one of the most popular survival games on the market. Here you wake up on an island where you can interact with just about everything. The goal, of course, is to collect items to survive as long as possible. Despite the simple concept, Don't Starve is a relatively difficult game. That's because every time you die and start a new match, a new map is generated totally randomly, so don't expect to walk to the same place and find the same things. Also, the number of possible combinations and utilities for each item is very large, so you will still die many (many) times until you learn the right method to survive. You can unlock new characters as you gain experience with your defeats. Each has specific advantages and disadvantages that you need to know to try to get away with the game.

Last Day on Earth is a kind of The Sims mixed with zombie apocalypse. Here you need to find items, build shelter, arm yourself, kill zombies, and save time for proper food and hygiene. The big difference of the game is that it all happens on an online MMORPG style platform. So in Last Day on Earth: Survival, your enemies are not only zombies, but other players as well.

Another post apocalyptic zombie survival game. Day R Survival is an RPG with lots of content, gigantic map and a lot to explore. In addition, the game follows an interesting story that unfolds over time. Day R Survival can be played with or without internet. In online mode, the player who dies loses everything and needs to start over. In offine mode, the game is a normal RPG, with lots of text elements and little action, but with good content and intriguing story.

Jurassic Survival Island 2 puts you on an island full of dinosaurs with only an ax in hand. The game has no tutorial so you should figure out the mechanics of the game yourself. During the game you must build weapons, collect resources, build things, all while trying to survive the dinosaur attack. At least you can learn to tame some beasts to help in combat.

Ankora is a survival game with many exploration and RPG elements. As with other games of its kind, you must collect and build items while fighting hunger, thirst and fatigue. During the game you can complete side missions to learn new skills and learn how to build new equipment. In addition, your character has attributes that can be upgraded to fight the game monsters.

Prey Day: Survival is a survival MMORPG game. The scenario, once again, is a world full of zombies. The only difference Prey Day: Survival has with other games of its kind is the community. The game has a good active audience that definitely makes a difference.

In Clashlands you control an intergalactic truck driver who is trapped on a planet and needs to find ways to complete his deliveries. At first glance Crashlands may look a lot like Don't Starve, but Crashlands exchanges some survival elements for action. Here you have to worry more about fighting than inventory space (which is infinite), for example. The game is very catchy and full of side quests for you to pass the time.

The Galaxy: Survivor is a typical survival game, but it varies a bit with a futuristic theme. The game offers plenty of freedom of action, plenty of space (5 planets) to explore and many item options to build.

Ark: Survival Evolved is the most beautiful (and heaviest) game on this list. Here you also find yourself on an island full of dinosaurs and must do everything to survive. The difference is that the game mixes prehistoric elements with modern equipment. Ark: Survival has a good offline solo campaign with bosses and quests to complete and also an online mode where you can join tribes of up to 50 players to share items, resources and experience. Now see the top 10 light games for Android and the top 10 shooting games!