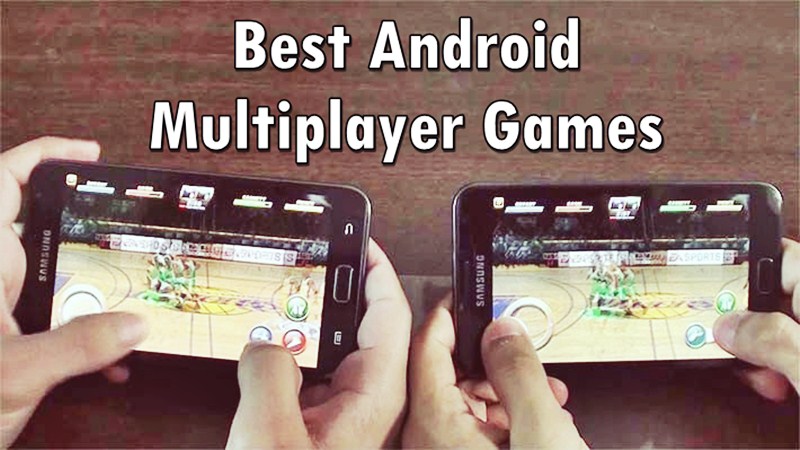 It is possible to play much more than the casual puzzle on your Android device. And is there anything better than spending your free time having fun with other players? There are great online multiplayer games to enjoy wherever you are, as long as you can access the internet. We have selected the 10 multiplayer games of various styles that are the most voted by users for you to try on your Android device!

Arena of Valor is one of the best MOBA you can experience on your mobile. The player chooses a hero and joins a team with other members to fight the opposing team. The game has about 40 different heroes and several game modes, such as 3v3 or even 1v1. In addition, Arena of Valor is completely free, with only some cosmetic content that can be purchased optionally and without changing the chances of victory. Want to play Arena of Valor? Discover 6 easy tips for beginners!

This car racing game from Gameloft is one of the best of its kind for mobile. Here, you can drive several different vehicles, all customizable, and on different tracks. Asphalt Xtreme: Racing Rally also has a lot of content available to keep you busy, with multiple events, challenges and different multiplayer game modes.

In this first person shooter , you can choose between the team of terrorists or the police, with several different missions to complete in each match. The game is completely free, with only a few customizations available for purchase that do not affect game performance, which makes it a good option for any player. Check out the 10 best shooting games for Android!

One of the best card games you can try, Hearthstone is an exciting and dynamic game. Its gameplay is easy to understand and the colorful graphics are very appealing. In addition, the competitive component leaves players glued to the game for hours. Another advantage is that it is available on almost all platforms, and you can access your account from anywhere. Hearthstone Tips: Complete Guide for Beginners

PUBG Mobile is undoubtedly one of the best online multiplayer games for Android. Here, 100 players are placed on an island and aim to pick up weapons to fight each other until only one survivor remains. The game has a solo, duo and team mode, including several maps and a wide variety of weapons to use during matches. 10 tips for doing well on PUBG Mobile

Minecraft is the most popular game ever and, although originally for PC, there is also a mobile version. In this game set in a pixelated universe, the player's goal is to build and protect his own world where the only limit is his imagination. Create, explore and survive alone or with your friends in the portable version of one of the most popular games ever.

Being a MOBA game, you have to join a team of other players to defeat the opposing team. In Vainglory , strategy is needed in attack, defense and also in the way you level your heroes. The game includes more than 30 heroes to unlock and multiple modes to try, providing countless hours of challenge and fun.

As with PUBG Mobile , here you are left on an island with multiple players with the goal of only one survivor remaining. However, the game has lighter and more fun graphics than its predecessor. Another difference is the construction system, essential for its survival. The game is also constantly being updated, keeping players always busy with new content. Best tips for surviving in Fortnite Battle Royale

In this fun game developed by Supercell, you have more than 21 unique characters to unlock and multiple game modes. Here, players are released into an arena where they have to survive. With colorful graphics and dynamic gameplay mechanics, Brawl Stars is undoubtedly a frantic PvP experience.